Trump stumbles over spelling in Twitter rant about debate

Republican presidential front-runner Donald Trump made several spelling errors in a series of tweets Friday morning about the previous night’s debate, in which he was attacked by his rivals Marco Rubio and Ted Cruz.

Trump hit back at the two senators, calling Cruz a liar and a loser, and accusing Rubio of being a lightweight choker. However, he stumbled over the spelling of the latter insult. He also misspelled “honor.”

Trump later deleted the tweets and reposted them without the errors, but not before they were caught and saved by Twitter users. 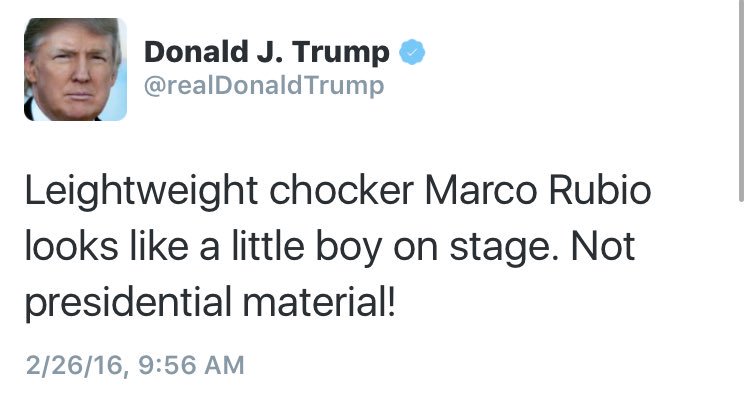 Lightweight Marco Rubio was working hard last night. The problem is, he is a choker, and once a choker, always a chocker! Mr. Meltdown.

Cruz and Rubio went all out against the business mogul Thursday night, hoping to knock him out of the top spot in the polls before Super Tuesday on March 1.