Brace yourselves: Election Day has begun.

Some federal write-in absentee ballots, which are typically reserved for people serving dangerous foreign deployments or stints on submarines, have already started to come in. And that trickle of ballots will soon become a flood, with early voting set to begin in several states around the country.

{mosads}The first round of early ballots will be dropped in the mail in North Carolina on Friday, kicking off a nearly nine-week sprint of early and absentee voting before the final results are tallied on Nov. 8.

Alabama elections officials will begin putting ballots in the mail on Sept. 15. By the following week, ballots from all 50 states will be on their way to members of the Armed Services and registered voters living abroad.

On September 23, voters in Minnesota will be the first with a chance to cast their ballots early, at in-person locations around the state. Polls open in South Dakota and Michigan the following day. By the end of September, voters in seven states will be able to cast ballots in person.

The popularity of early and absentee voting has exploded in the last decade and a half. In 2000, about one in five voters cast their ballots before Election Day. In 2016, more than a third of voters are likely to cast their ballots early this year, according to Michael McDonald, a political scientist who tracks the early vote at the University of Florida.

Since the 2012 elections, in which 32 percent of voters cast ballots early, two states have made significant changes that give voters more access to early ballots: New Jersey now allows voters to obtain an absentee ballot without an excuse, four years after Hurricane Sandy shut down voting in some coastal cities. And Colorado now mails ballots to all of their registered voters.

Early voting can also help voters deal with a longer ballot, especially in states like Washington, California and Oregon where ballot measures can make for hours of reading.

“This year has a really loaded general election ballot, including a bumper crop of state and local measures, the White House, Congress, most of the legislature, judges and local races,” said Kim Wyman, Washington’s Secretary of State. “It is a lot to ask of our voters, and we’re pleased to have the convenience of vote-by-mail and a generous voting period, as we now think of ‘Election Day’ as being.”

Those who show up early are almost certainly hardened partisans, setting both parties on a scramble to chase their most likely supporters and bank as many votes as possible. The first to vote tend to be older, highly informed voters who are registered with a party — those likeliest to already know how they are going to vote. Those who show up later are younger, and much less likely to identify with a party.

Even before the first absentee ballots go out, the first vote has been cast. North Carolina officials said August 26 they had received a Federal Write-in Absentee Ballot from Francois Farge, a 51-year old Republican registered to vote in North Carolina but living in France.

Here’s where voters will get their absentee ballots, and where early voting opens, on the march toward Election Day: 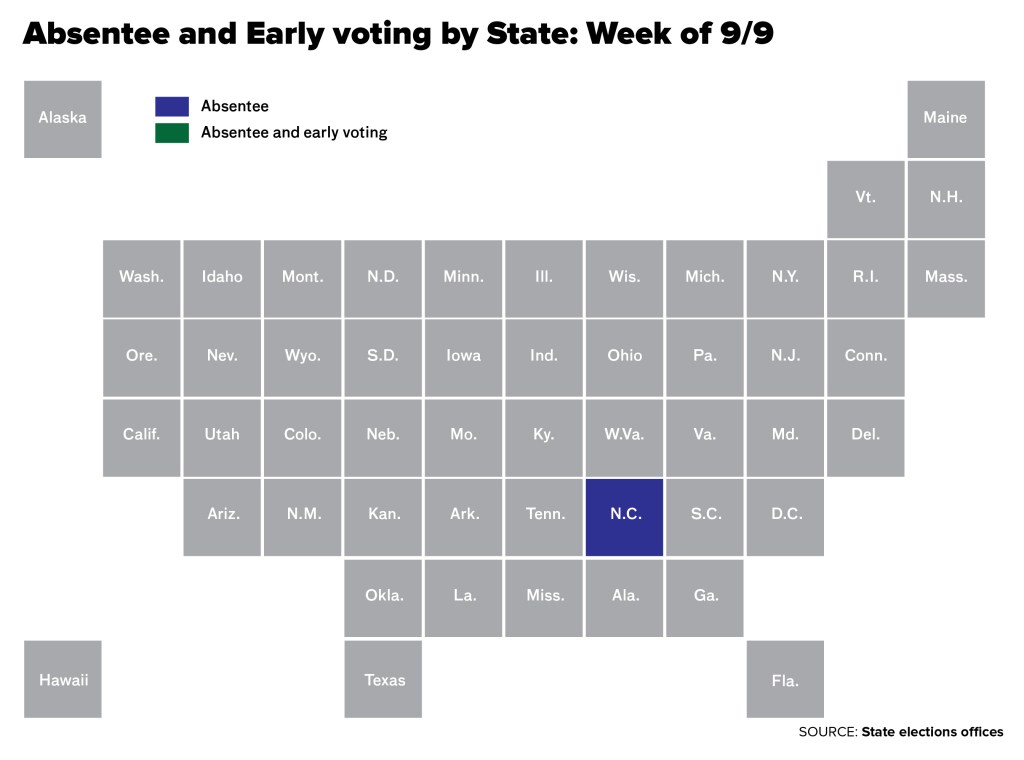 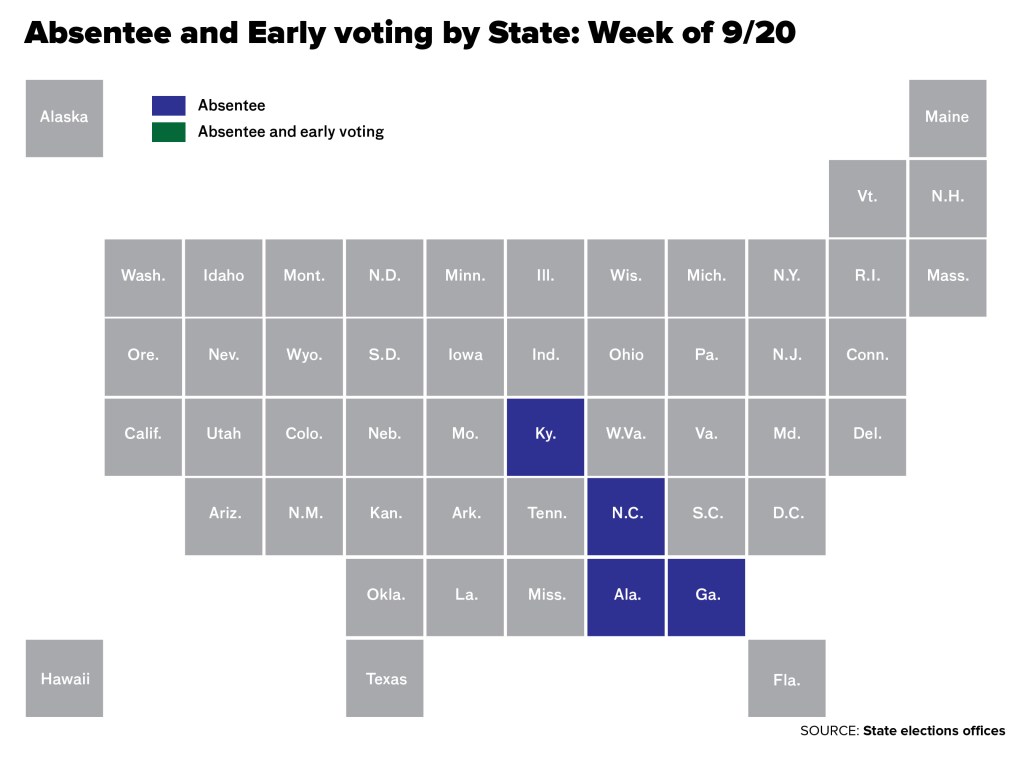 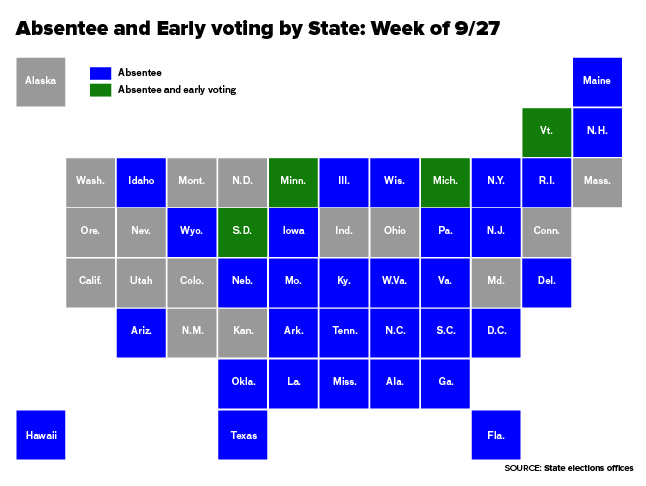 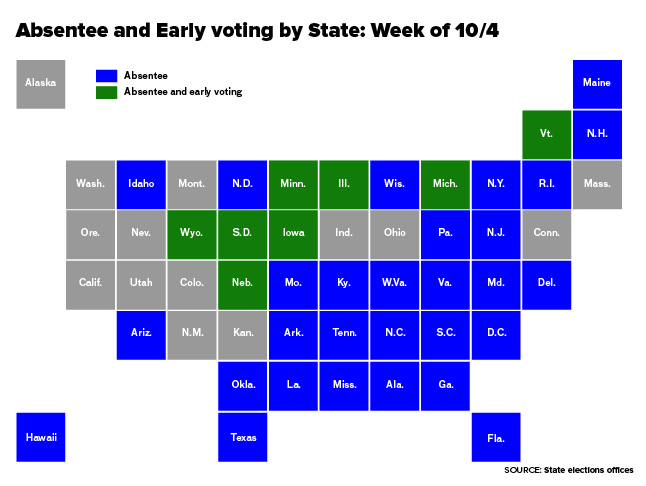 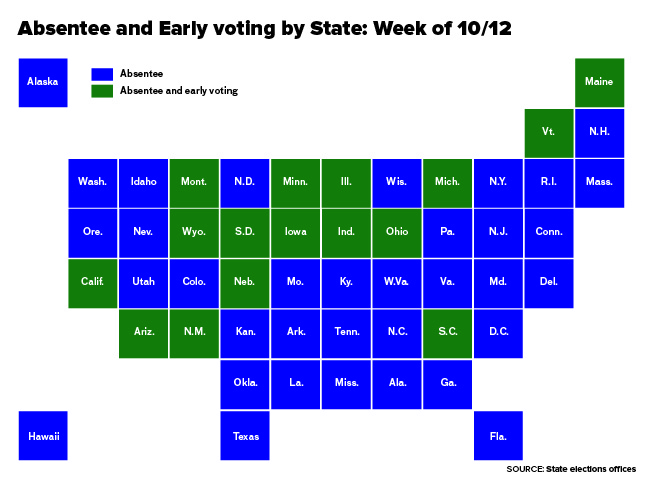 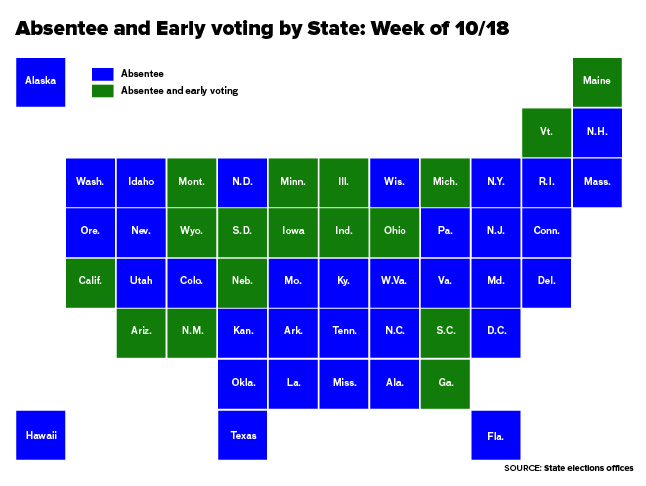 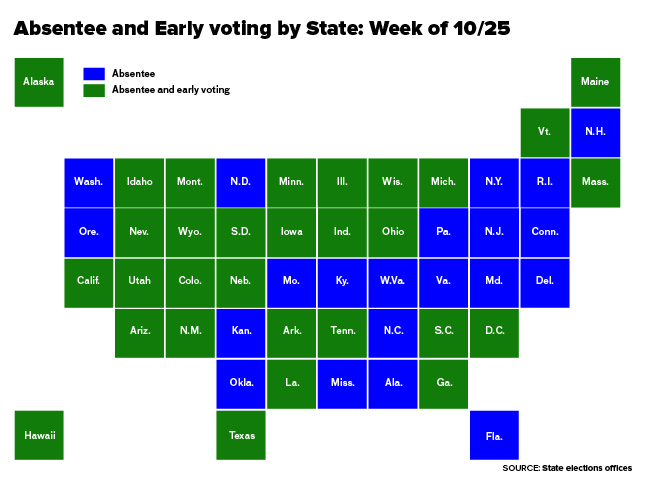 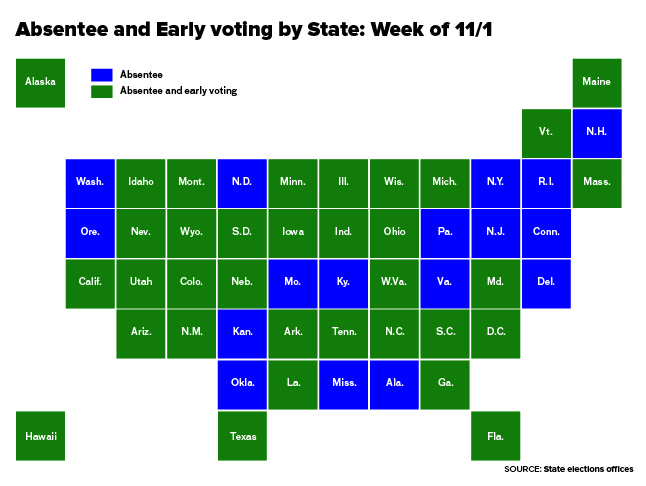 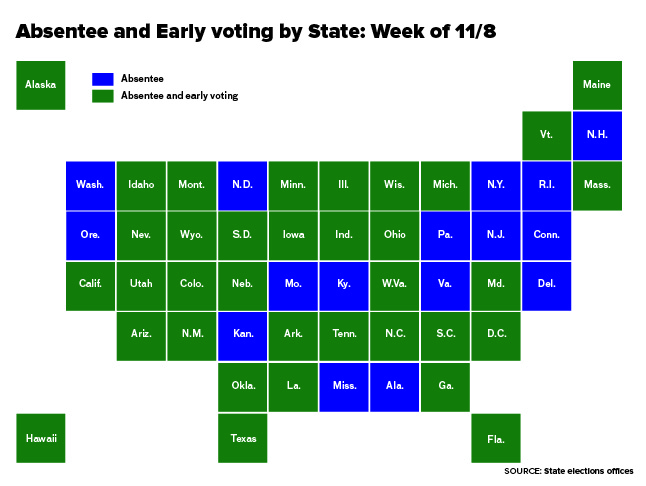