Dozens of never-before-seen photos from the day of the Sept. 11, 2001, terror attacks have been released, showing then-President George W. Bush and senior officials in their immediate response to the attacks.
The photos, taken by then-Vice President Dick Cheney 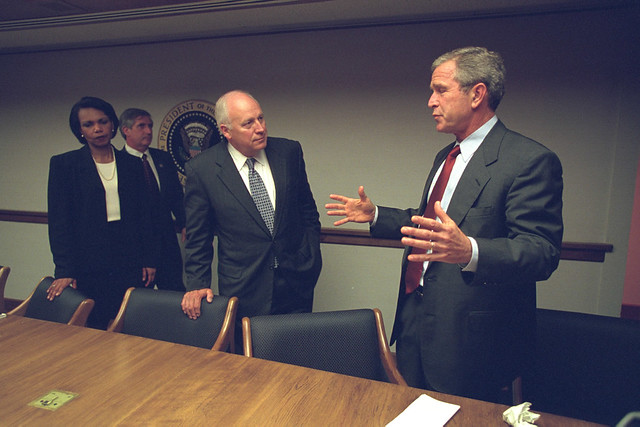 ADVERTISEMENT
Cheney is seen in several photos watching on a small square television in his office as smoke billows from the World Trade Center, and other photos show him with his glasses off and hands clasped.
Senior Bush administration officials at the time including CIA Director George Tenet, national security adviser Condoleezza Rice and Secretary of State Colin Powell are seen in the photographs, along with first lady Laura Bush. 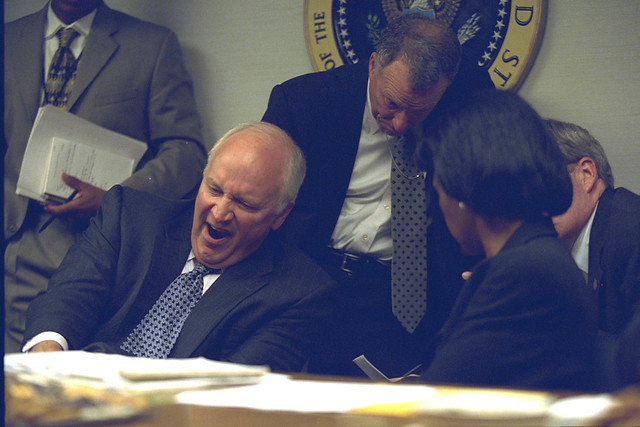 Many photos show blank or grim expressions as officials speak among themselves or watch Bush address the nation hours after the attacks.
The photos were released as part of a Freedom of Information Act request filed by Colette Hanna, a documentary coordinating producer for films appearing on "Frontline."
All of the more than 350 photos from 9/11 can be viewed on the U.S. National Archives' Flickr page here. 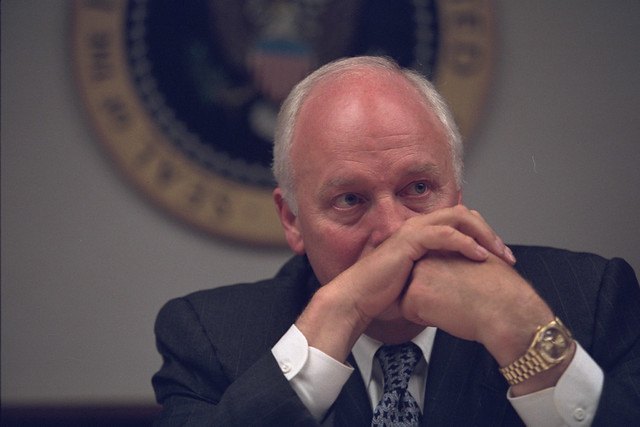