May’s name was spelled “Teresa” three times in the daily guidance and press schedule email, which was sent Thursday evening with an hourly breakdown of the president’s schedule.

The White House sent out an updated guidance with corrected spelling about a half-hour later, shortly before Vice President Pence’s office released its own guidance that misspelled May’s name once. That was also corrected about 20 minutes later.

{mosads}May will be the first foreign leader to meet with Trump since his inauguration last week.

“In the afternoon, the President will partake in a bilateral meeting with United Kingdom Prime Minister, Teresa May. A joint press conference between the two parties follows,” the first misspelling in the initial email read.

The later inaccuracies were in portions of the daily guidance involving a meeting with May shortly after noon Friday and a “working luncheon” with the prime minister shortly before 2 p.m.

May’s visit to the White House on Friday comes a day after she addressed congressional Republicans at their retreat in Philadelphia. 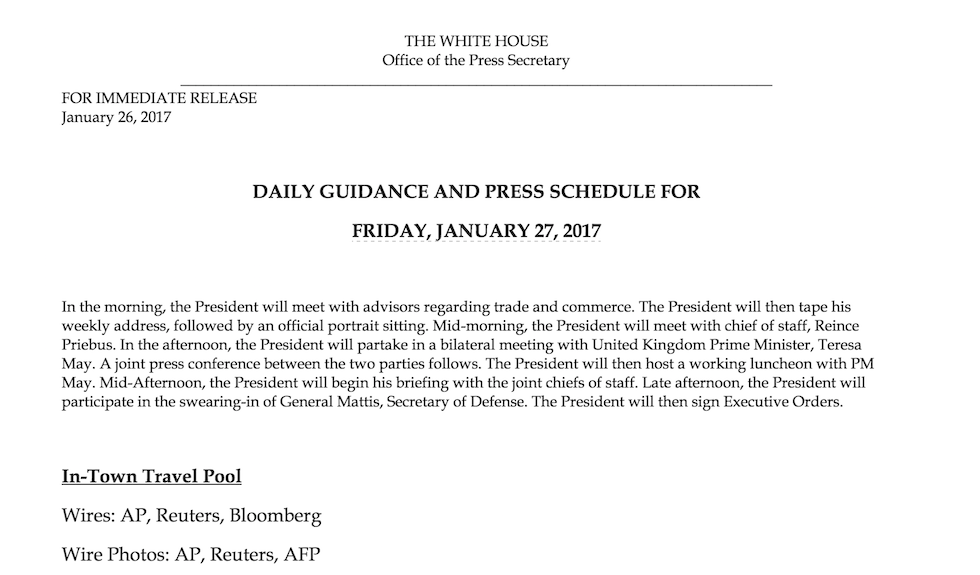 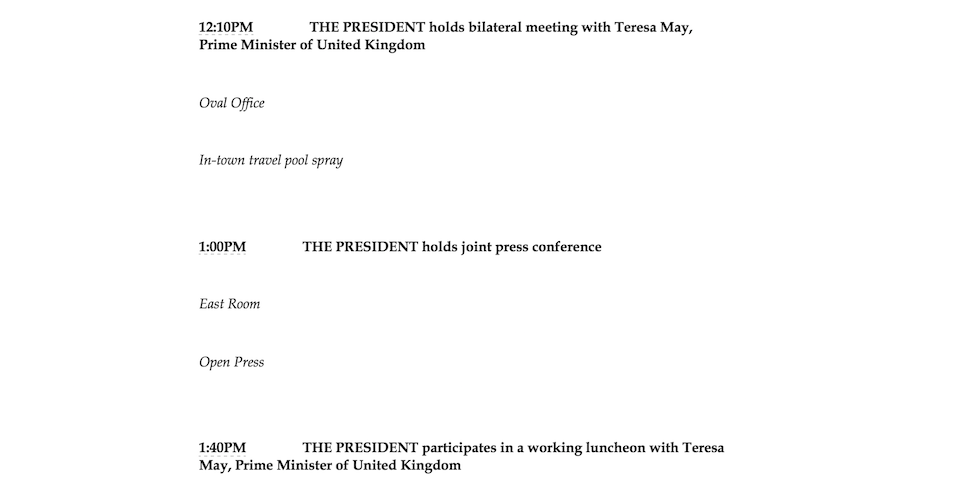