A hashtag linking a potential government shutdown to President Trump became the top trending topic on Twitter on Friday night.

#TrumpShutdown, a hashtag used by Democrats ahead of Friday night’s deadline for Congress to pass a government spending bill, shot to the top of Twitter’s “Worldwide” trending topics.

The popularity of the hashtag may point to the difficulties Republicans and Trump will have in the fight over who is to blame for the shutdown.

Republicans argue it is Senate Democrats who are to blame because they blocked a House GOP bill that would have kept the government open for another months.

Democrats say the GOP and Trump are to blame, pointing to their control of the White House and Congress. 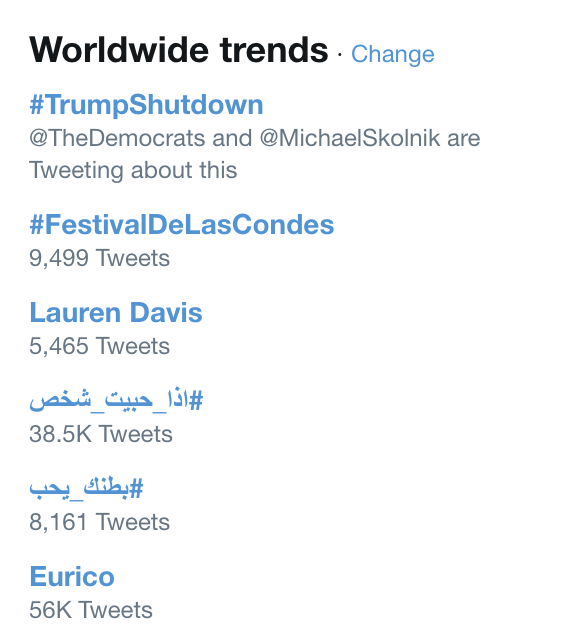 Here’s where we’re at:

Republicans – who control the House, Senate, and WH – are on the verge of making #TrumpShutdown a reality because they refuse to protect DREAMers and provide long-term certainty for our military, the opioid crisis, CHIP, and other key issues.

Let’s win this fight together — arm in arm! Let’s stop the #TrumpShutdown! pic.twitter.com/xGHyPoMgq8

Democrats can’t shut down the booming Trump economy. Are they now so desperate they’ll shut down the government instead? #SchumerShutdown

The Senate rejected a House-passed funding bill late Friday night, and negotiations are ongoing to avoid a government shutdown at midnight.

Kemp’s political clout grows ahead of 2024

US shoots down suspected Chinese spy balloon off Carolina coast