5 ways politics could steal the show at Oscars

Share Tweet
More
Share
Twitter
Facebook
LinkedIn
Whatsapp
Email
It’s supposed to be a celebration honoring Hollywood’s finest in film, but this year, politics is in the spotlight at the Academy Awards.
With countless stars taking the stage at recent awards shows to voice their opinions on President Trump and current events, speculation is running rampant that Sunday’s Jimmy Kimmel-hosted spectacle could turn into a political rallying cry when it airs on ABC.
Here are five things to watch for at the 89th annual Oscars.

Unexpected cameos are a hallmark of any Oscars broadcast, but could this year’s show pack an extra punch from some political surprise guests?
{mosads}In 2011, then-President Obama appeared as part of a “man on the street”-style video montage. His wife, Michelle Obama, made headlines two years later when she took part in the 2013 broadcast. The former first lady, with service members behind her, was shown via video introducing the “Best Picture” nominees and winner. That same year, former President Bill Clinton stunned the audience at the Golden Globes when he took to the stage to introduce “Lincoln,” one of the nominees for Best Motion Picture Drama.
Kimmel has a history of yukking it up with at least one unanticipated political VIP: At last year’s Emmy Awards, 2016 GOP presidential candidate Jeb Bush pulled up in a pre-taped sketch as host Kimmel’s “Uber driver.”
For his part, Kimmel is remaining tight-lipped about a potential political stunner, recently telling Variety he wouldn’t rule out a cameo by former Democratic presidential nominee Hillary Clinton.
“I’m not saying that to be coy. I’m saying that because I don’t know,” he said. 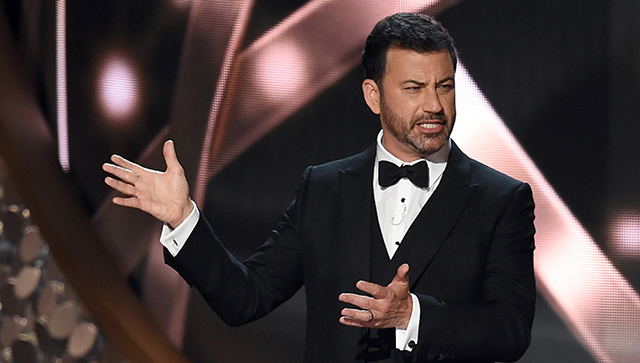 With the heated political climate, it’ll likely be difficult to avoid talking about Washington in the first few minutes of the awards ceremony.
First-time Oscars host Jimmy Kimmel has said he doesn’t expect the show “will be very political” — although, he told Variety, “there will be some element of that.”
“I haven’t decided exactly how much I will dwell on that,” Kimmel told People earlier this month. “A lot of it depends on what happens that week [before the show].”
Kimmel has had experience playing the Hollywood-meets-the-Beltway balancing act. As the 2012 White House Correspondents’ Association dinner performer, Kimmel “played it safe,” according to The Hollywood Reporter, which wrote at the time while he “may not have gotten the loudest laughs” of recent hosts, he left “with the satisfaction of knowing he didn’t bomb.”

Anticipation is running high that there might be a sequel to Meryl Streep’s now-famous Golden Globes speech. The renowned actress slammed Trump’s campaign rhetoric during her emotional remarks at the awards ceremony last month. 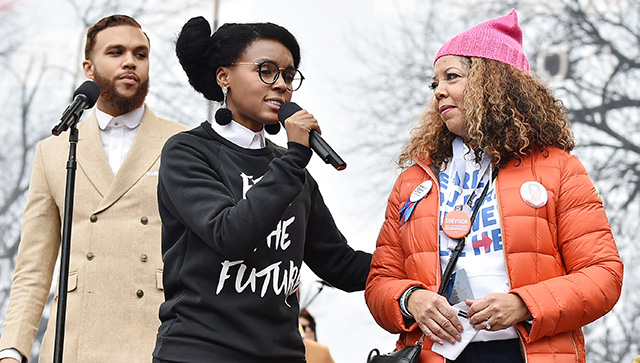 The Oscars is packed with plenty of left-leaning entertainers who may use the awards stage as a political platform. Scarlett Johansson, singer Janelle Monae and Charlize Theron are all poised to present at Sunday’s show. Both Johansson and Monae appeared at the Women’s March in Washington last month, while Theron led the march at the Sundance Film Festival.
“Hamilton” star Lin-Manuel Miranda has been tapped to perform his Oscar-nominated song, “How Far I’ll Go” from the film “Moana,” at the show. Miranda recently wrote in The Hollywood Reporter that he expects political statements to take center stage this Sunday: “It’s a political time, so I imagine the Oscars will look exactly like your Twitter or Facebook feed.”
John Legend, an outspoken Clinton supporter during last year’s campaign, wouldn’t rule out taking a political stand when he performs a pair of songs from “La La Land” at the show. 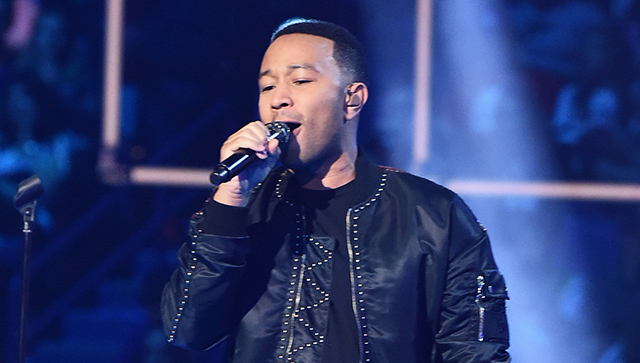 “I don’t know if I’ll speak out at the Oscars, but anyone who knows me knows how I feel, and I’ll continue to speak out,” Legend told ITK this week.
Legend — who railed against mass incarceration while accepting a trophy at the 2015 Academy Awards — added, “I think you use the time as you think you should use it.”
Other presenters to keep an eye on include: “Saturday Night Live” star Kate McKinnon, who plays Hillary Clinton and White House senior counselor Kellyanne Conway on the NBC sketch comedy show; Dwayne “The Rock” Johnson, who’s flirted with his own potential political bid over the years; Gael García Bernal, a Mexican actor who’s been critical of Trump; and Leonardo DiCaprio, who met in December with the then-president-elect to talk climate change.

It’s the gowns that face the most flashbulbs at each year’s Oscars, and this year, red and blue evening wear could take on a whole different meaning.
Singer Joy Villa turned heads earlier this month when she donned a dress emblazoned with Trump’s campaign slogan “Make America Great Again” at the Grammy Awards.
She wasn’t the only one to make a political fashion statement. At the same awards ceremony, Katy Perry sported a “Persist” armband as she performed her latest politically infused hit, “Chained to the Rhythm.” 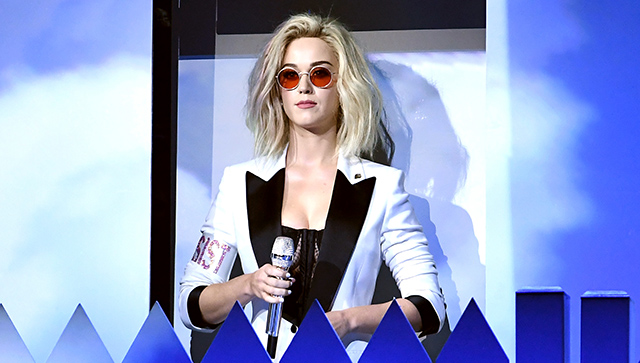 “Big Bang Theory’s” Simon Helberg held up a sign that read, “Refugees welcome” as he posed for photos on the red carpet at this year’s Screen Actors Guild Awards. Helberg’s wife, Jocelyn Towne, stood beside him with the message “Let them in” written on her chest.

Trump has been known to count himself among the viewers tuning in to see all the action at the Oscars, one year even live-tweeting his reactions to the annual Hollywood affair.
In 2014, the then-“Celebrity Apprentice” star offered to emcee the ceremony, writing on Twitter, “I should host the #Oscars just to shake things up — this is not good!”
The Twitter-loving commander in chief has also pounced on celebrities who have criticized him. After Streep’s Golden Globes speech, Trump fired back on social media, calling the performer “overrated.”
But there’s a chance Trump’s Twitter feed could stay silent about any Academy Awards-related brouhaha — the White House has said the president and first lady Melania Trump will be attending the annual Governors Ball the same night as the Oscars.
Tags Bill Clinton Hillary Clinton Michelle Obama