Lady Gaga posts photo from inside the Capitol, says she’s praying for peace

Lady Gaga posted a photo from inside the Capitol on Tuesday, saying she is praying for “a day of peace” ahead of President-elect Joe Biden’s inauguration.

The “A Star Is Born” star, who is slated to perform the national anthem during Wednesday’s ceremony, is seen in the Instagram post inside the Capitol Rotunda about two weeks after pro-Trump rioters raided the building.

“I pray tomorrow will be a day of peace for all Americans,” Lady Gaga said. “A day for love, not hatred. A day for acceptance not fear. A day for dreaming of our future joy as a country. A dream that is non-violent, a dream that provides safety for our souls. Love, from the Capitol.”

Photos taken by reporters also found the singer greeting members of the National Guard, tens of thousands of which have been deployed to Washington in the wake of the Capitol breach.

I am deeply honored to be joining @BidenInaugural on January 20 to sing the National Anthem and celebrate the historic inauguration of @JoeBiden and @KamalaHarris! pic.twitter.com/MfgcG3j4Aa

She had joined Biden regularly on the campaign trail, including in Pennsylvania the night before Election Day.

The president-elect’s inauguration comes after supporters of President Trump stormed the Capitol on Jan. 6 in an attempt to prevent Congress from certifying Biden’s election win.

The riots, which has resulted in five deaths and more than 100 arrests, disrupted the election certification and sent lawmakers fleeing to secure locations until the chambers reconvened hours later and certified the Electoral College results.

Trump addressed his supporters at a “Stop the Steal” rally hours before the raid, calling on them to march to the Capitol, “show strength” and “fight like hell” or “you’re not going to have a country anymore.”

The House last week impeached the president on allegations of inciting the riot.

Biden has called on Americans to celebrate his swearing-in virtually amid the coronavirus pandemic and amid threats of violence on Inauguration Day. 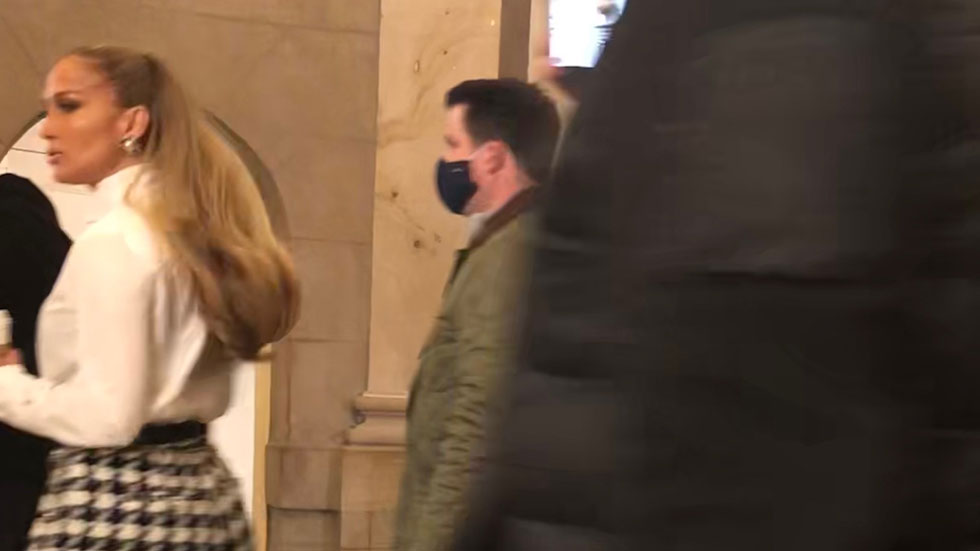 Jennifer Lopez was also spotted walking around the Capitol on Tuesday.

Lopez is scheduled to perform at the inauguration, while other celebrities will participate in a primetime TV special “Celebrating America,” hosted by Tom Hanks and including performances from Justin Timberlake, Jon Bon Jovi, Demi Lovato and Ant Clemons.

Fauci says he should have been ‘more careful’ on pandemic messaging: ‘No one’s perfect’