Billie Eilish stunned as a co-chair for the 2021 Met Gala on Monday night, giving a modern take on the classic Hollywood vibe, which she referred to in Vogue’s livestream as “holiday Barbie,” in a peach Oscar de la Renta gown. But her terms for wearing the gown to the iconic event came with one unusual condition. 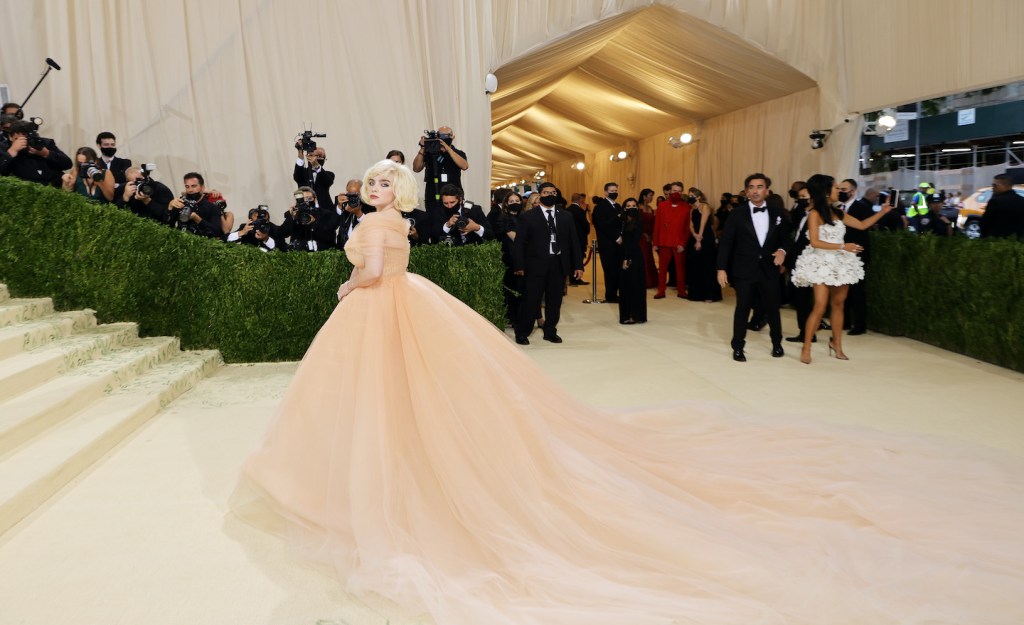 Eilish, a vegan and animal welfare activist, issued an ultimatum of sorts, saying she would wear the gown if the renowned fashion house ceased the use and sale of fur in its clothing.

Eilish told The New York Times she finds it “shocking that wearing fur isn’t completely outlawed at this point in 2021.”

“I thought a lot about what Oscar said — he was a big fan of fur, by the way — that the one thing he really worried about in the fashion business was his eye getting old,” Bolen said. De la Renta died in 2014).

Bolen ultimately decided to follow through with the removal, saying, “I have to surround myself with people with different points of view.”

And so Eilish went on to wow the masses in the brand’s stunning tulle gown with the knowledge she was responsible for a large-scale change.