The sale of a decaying San Francisco home was finalized this week, selling for nearly $2 million in an extraordinary testament to the nation’s white-hot housing market. 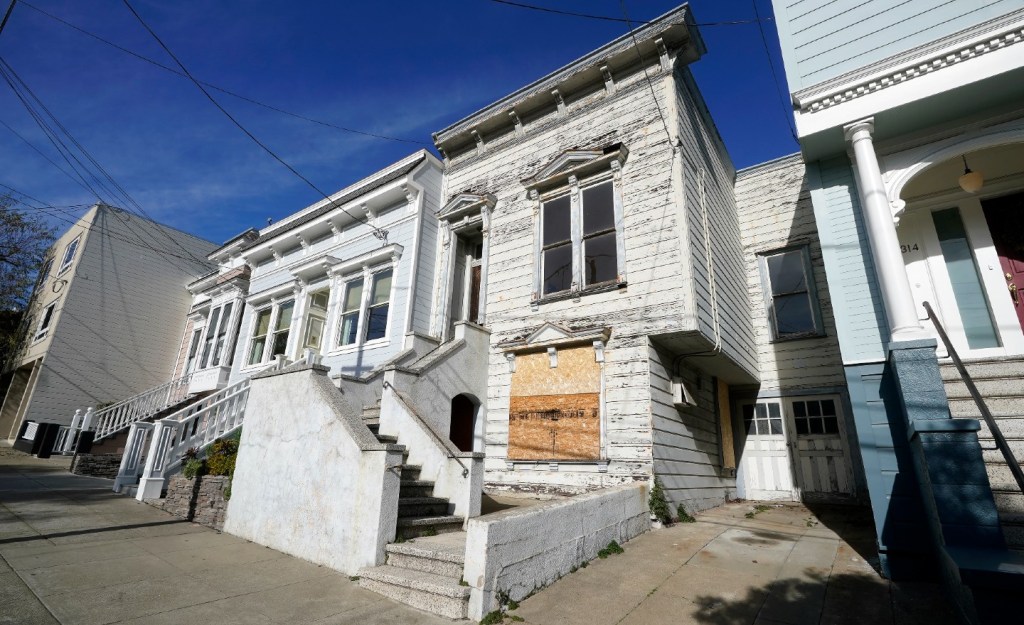 Marketed as the “worst house on the best block,” the 122-year-old Victorian home nestled between in-demand San Francisco neighborhoods Noe Valley and Glen Park was originally listed for just less than $1 million before selling at auction for $1.97 million, according to Zillow.

“Someone had to really want this property to want to take it where they took it,” Todd Wiley, one of the agents who represented the seller, told KRON-TV, which broadcasts to the Bay Area. “There wasn’t a whole lot of data that suggested it would sell that high.”

The home, at 320 Day Street, sold to a developer, Wiley said, and is likely to be resold in the near future.

Wiley added that the home was “structurally unsound” and virtually unlivable, and “could have fallen in on itself if there was an earthquake.”

“The property should have been condemned,” he said.

While the final sale price of the home is eye-catching, the story behind it is not.

The U.S. housing market had been booming even before the start of the pandemic, and prices have surged due to material and labor shortages, as well as inflation. The consumer price index, which measures the cost of goods and services, in December showed shelter prices up 0.4 percent month over month and 4.1 percent year over year, the highest since 2007, according to the St. Louis Fed.

Meanwhile, the median national price of an existing home in November, the most recent month for which data is available, hit $353,900, up 13.9 percent from a year earlier, though still falling short of earlier year-over-year price gains close to 20 percent, according to the National Association of Realtors.

According to Wiley, the home is surrounded by multimillion-dollar residences worth up to $3.4 million. A new construction nearby recently sold for $9 million, he said.

Still, the sale of the dilapidated home is several hundred thousand dollars above other comparable properties in the area as a result of a conservatorship sale, The Associated Press (AP) reported, citing Wiley.

Wiley told the AP the sale was approved by a judge after the property’s elderly owner was placed in a conservatorship by family members, who were reportedly worried about the conditions in which he was living.

Proceeds from the sale will pay for the former owner’s continuing care, Wiley said.