Standardized testing can be the bane of many students’ existence when preparing to go to college, but more and more schools are moving away from requiring them for admissions. Now, one of the top Ivy League schools is saying it won’t require ACT or SAT scores for its next four classes. 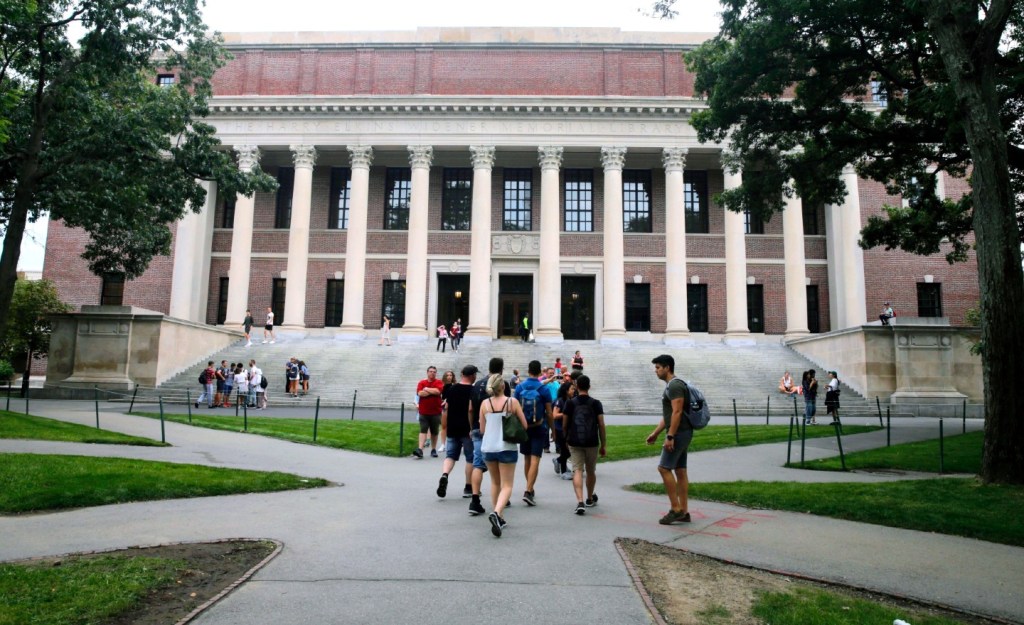 Harvard College announced on Thursday that due to the ongoing coronavirus pandemic it would not require applicants to submit ACT or SAT standardized testing scores for its upcoming classes of 2027, 2028, 2029 and 2030. The college had previously waived standardized test scores for the class of 2025 and 2026 due to the pandemic.

The pandemic has upended normal school life as most students know it, with bumpy transitions to virtual learning, hybrid classes and some even turning to homeschooling. Teacher shortages have also plagued school districts across the country, prompting unexpected school closures.

All of that has taken a toll on students, with data from the U.S. Census bureau revealing that school enrollment dropped by nearly 3 million students from 2019 to 2020, the steepest drop in enrollment for the under-35 population in over 20 years.

College enrollment also fell to the lowest level since 2007.

In Thursday’s announcement, Harvard did not mention moving away from standardized testing completely, as the University of California did earlier this year. After lengthy legal battles between students and the university, the school announced it would not require student applicants to submit standardized test scores as part of their applications to any of UC’s nine undergraduate campuses, according to The New York Times.

According to advocacy group FairTest, currently over 1,800 schools do not require ACT or SAT scores to apply for college admissions to the fall 2022 class. The group also found that at least 1,400 higher learning institutions have extended their no standardized test score policies at least through fall 2021 admissions cycles.

Standardized testing has long been flagged as a problematic system, with FairTest arguing standardized testing encourages a narrowed curriculum, outdated methods of instruction and harmful practices such as grade retention and tracking.

Other groups, like the National Education Association (NEA), say that standardized tests have been, “instruments of racism and a biased system.”

Discrimination is an issue Harvard has been battling for years now. A 2014 lawsuit alleged the college used test scores to discriminate against Asian American applicants by holding them to a higher standard than other prospective students.

A federal court and an appeals court ruled in favor of Harvard and the case was punted to the Supreme Court, which is currently considering whether to hear the case or not.