An upstate New York father’s Facebook post has gone viral after he shared his frustrations about the school lunches being provided to his sons. 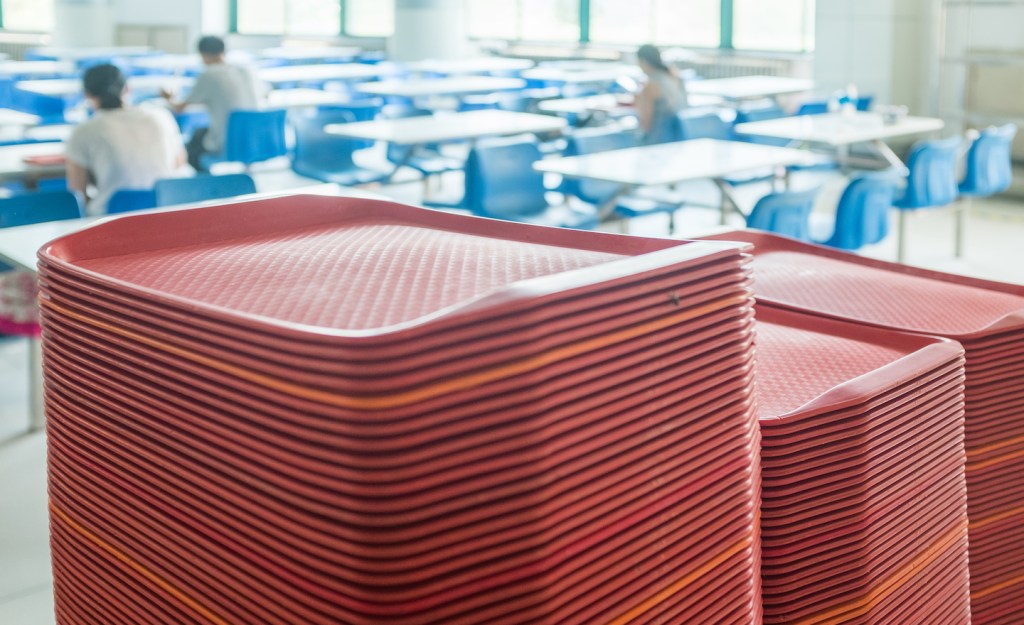 “I think the Parishville School Lunches might be a bit lacking a bit,” Chris Vangellow wrote on Jan. 12, alongside a photograph of a lunch tray holding a carton of milk, a handful of carrots, a scoop of plain white rice and four small chicken nuggets.

Vangellow, whose children attend school in the Parishville-Hopkinton Central School District, continued, “They have been complaining that since the lunches are now free for everyone, the portions have dropped. I got this photo today. It really is ridiculous.”

“We don’t live in a very rich area,” Vangellow added. “Some kids may not get much or anything when at home and this is what they have to survive on. The rely on the meals that the school provides. This is what they get though. In my opinion, this is failing those kids.”

Vangellow’s post received a bevy of comments echoing his sentiment, some referring to the lunches provided as “pathetic.”

Following the outcry, Superintendent William Collins issued a statement on the school district’s website on Jan. 14.

“The concerns expressed clearly resonated with students and parents as evidenced by the number of comments and shares,” Collins wrote. “In fairness to the cafeteria, students are allowed one more serving of fruits or vegetables and one additional nugget than appeared in the photograph; however, this doesn’t alter the message that many students and parents are dissatisfied with school lunches.”

Collins went on to state he would be working with the cafeteria manager to start a group that will “address the dissatisfaction with school meals.”