President Biden’s chief of staff Ron Klain signaled last week the administration may extend the student loan payment moratorium first enacted at the beginning of the coronavirus pandemic, which would mark Biden’s fourth extension in the first 15 months of his presidency. 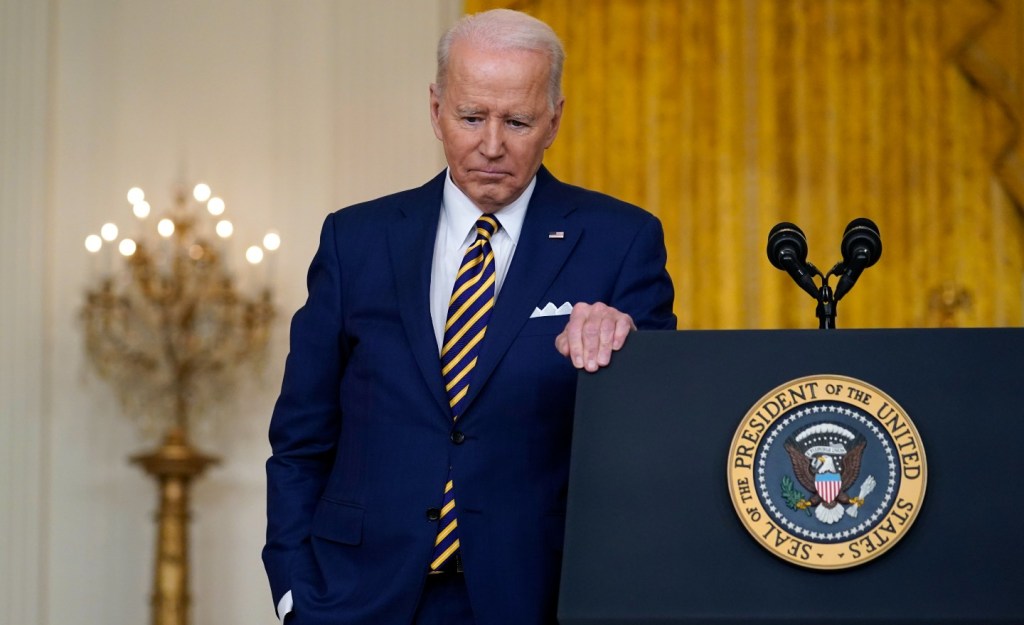 The Department of Education then directed federal loan servicers on Tuesday to forgo sending repayment notices to borrowers in what could be another sign the administration is looking at extending the freeze.

Continuing the pause would give the president time to work on further reforms, consider debt cancellation and tackle a politically volatile issue during an election year.

All the while, the stakes remain high, as some advocates point out many borrowers are financially unprepared to restart student loan payments. That could cause many to become delinquent on payments, raising default rates.

Here’s a breakdown of the top issues in play.

Time to work on further reforms

Advocates argue Biden should continue reforming what they call a broken system before resuming student loan payments and uphold his campaign promise to cancel at least $10,000 of federal student loan debt per borrower. Around 45 million borrowers collectively owe $1.7 trillion in student loans, and data shows the average borrower holds more than $36,000 in debt.

Though the president has made significant reforms to date, some experts believe those actions are “low hanging fruit” and that it remains to be seen what the president might do next to tackle the student debt crisis.

One glaring issue is soaring tuition costs at both public and private schools leading students to borrow a staggering amount of money from the federal government.

Once loans are taken out, borrowers must navigate an overly complicated web of eight different repayment plans and programs, including income-driven repayment, borrower defense to repayment and relief for borrowers working in public service.

“The Biden administration has been doing some really useful sort of regulatory patching of the problems,” Kevin Miller, associate director of higher education at the Bipartisan Policy Center, told Changing America.

“I think one thing that we need to be talking about is not just what happens this year, but where do we go from here and how do we build a consensus on legislative fixes that will be durable and long term and help solve the problems permanently,” said Miller.

With midterm elections looming, Biden is facing increasing calls from progressive Democratic lawmakers pushing him to eliminate up to $50,000 per borrower through executive action.

But some Republican lawmakers, including Education and Labor Committee Republican Leader Virginia Foxx, have challenged Biden’s continuation of the payment freeze. Foxx said in January the president’s latest pause was a “trend toward blanket student loan forgiveness, which would be a massive mistake.”

A recent survey from the SBPC showed that 69 percent of likely voters supported Biden’s current pause on student loan payments. Only 37 percent feel confident in their abilities to manage payments when the freeze ends.

“Throwing borrowers back into a system plagued by mismanagement, corruption, and abuse at a time when new data shows that borrowers are not financially prepared to restart payments is a recipe for disaster, Persis Yu, Policy Director and Managing Counsel at the Student Borrower Protection Center, told Changing America in a statement.

“In light of these issues and ongoing uncertainty related to the COVID-19 pandemic, a rush to repayment without meaningful action to address the student debt crisis will undermine promises by the President and Vice President Harris to fix the student loan system and build back better,” Yu added.

That’s on top of lawmakers from both sides of the aisle pushing the president to act on the student debt crisis, creating a politically difficult situation.

“The longer it goes on, if it starts to include forgiveness, it’ll be fairly costly. It’s hard to see where he triangulates a moderate position on that,” Miller added.

There’s also optics to consider, as Miller pointed out restarting student loan payments in an election year coupled with loan servicers being unprepared to restart payments after spending two years in a holding pattern could present a broken system.

“Whether there are benefits or consequences depends on your politics,” Sattelmeyer said.

President Biden promised during his campaign he would quickly work to cancel at least $10,000, but there have been few indications early in his presidency that widespread debt forgiveness is in the works. Yet chief of staff Ron Klain intimated the president could use another pause to sort out what needs to be done on debt forgiveness.

Meanwhile, the Student Borrower Protection Center (SBPC) concluded in a report in February that the ongoing freeze, which has spanned across two administrations, sets the legal basis for debt cancellation through executive action.

However, some advocates like Miller argue even if the president were to execute blanket student loan forgiveness, it would likely be untargeted and still leave some borrowers with huge balances to pay.

“I think trying to put a dollar amount on how much forgiveness would be needed is one of the biggest problems with the approach, no matter where you put that dollar amount it will solve some people’s problems but not others,” said Miller, adding debt forgiveness now will still leave the next generation of borrowers facing the same dilemma.

It’s not clear how the president will move forward on tackling student debt forgiveness, but previous actions taken by the administration to date suggest some form of student debt cancellation is on the table.

“I got out of the prediction business a long time ago, but we know the administration is considering it,” Sattelmeyer said.

HERE’S HOW BIDEN HAS TACKLED STUDENT LOAN DEBT SO FAR