“I do not want to live on a planet where there are no lions anymore.”

I had the honor of finally meeting Bill Clark, an honorary warden of the Kenya Wildlife Service, at the first global march for elephants in New York in October 2013, initiated by the world beloved Dame Daphne Sheldrick who has rescued rhino and elephant orphans from the bush in Kenya for half a century. Bill has been at the forefront of anti-poaching for two generations and has invested utter dedication to combating the world’s ivory syndicates and black marketers in Africa and worldwide. 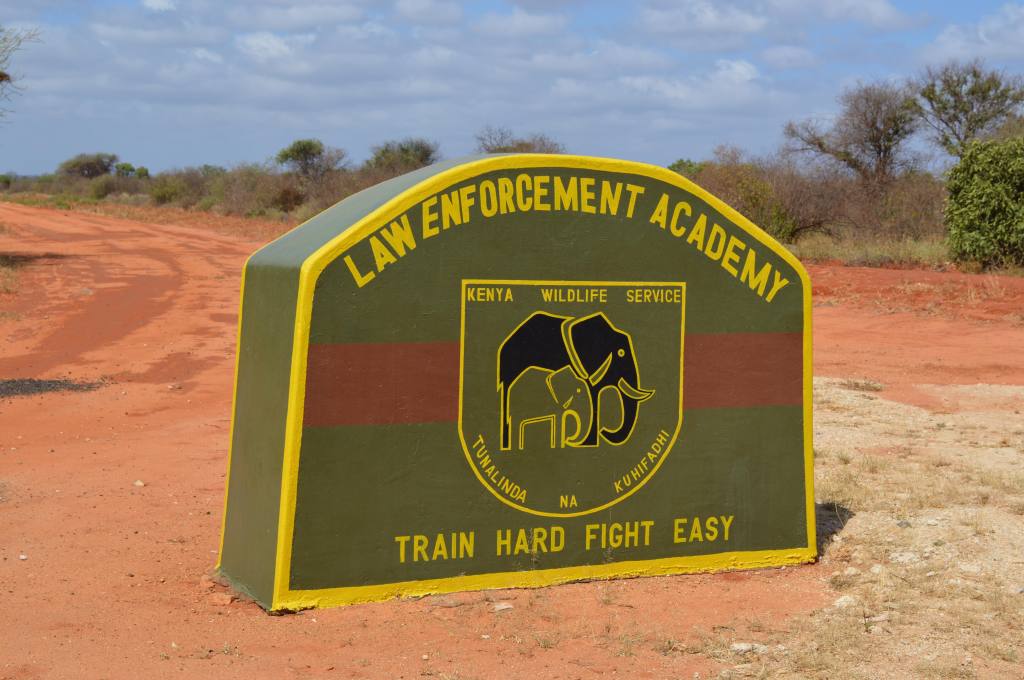 Some 60 percent of the world’s wildlife has disappeared in our lifetime, including one-third of its remaining elephants in the past decade. Bill has helped major operations against poachers and personally helped oversee the latest phase of one of the top law enforcement agencies in all of Africa, the Manyani Law Enforcement Academy in Tsavo, a life-support system for rangers in Kenya, which has the best anti-poaching record of any country on the continent. It trains rangers in countries bordering Kenya from Sudan to Uganda, Tanzania, Somalia and even far away Gabon. Started in the 1980s by the Kenya Wildlife Service, the battle for what remains of Africa’s and the world’s wildlife is now being waged.

The ivory trade has decimated elephants continentwide. Some 130,000 elephants, a third of Africa’s elephants, were massacred last decade, 55,000 or so in Tanzania. Yet perhaps no other species has had such a widespread ecological impact or is so necessary for savanna and forest rejuvenation and indispensable to countless other species. But the rhino, too, stands on extremely fragile legs and the great roar of the lion could within 15 years be silenced forever. Depraved trophy hunters worldwide, whether they have a tiger in their sights or a giraffe, are abetting the destruction of the innocent. As Romain Gary once wrote, “On an entirely man-made planet, there will be no room for man either. All that will be left of us is robots.” The Manyani school is fighting so that never happens.

The Manyani school, which means “many baboons” in the Wakamba language of southern Kenya, seeks philanthropic individuals who can address the decline of wildlife populations with donations. From the decimation of orangutan habit in the forests in Indonesia for palm oil, which ends up in our shampoo and cookies, to the flaying of the Amazon for cattle and soybeans, to the expansion of lumber extraction and palm oil plantations in the middle of the Congo, to imposing dams that threaten chimpanzee habitat in Guinea and the entire Selous reserve in southern Tanzania, the largest in Africa, humanity has totally imposed its will on the planet. The sixth extinction, fueled by climate change, is becoming our legacy to future generations. Poachers and the illegal wildlife trade add a diabolical dimension of loss to already severely reduced wildlife populations, which will now be impacted by climate change. What will remain in a generation or two?

When rangers go out in the field they need to have the proper equipment, they need to have been trained so their presence acts as a major deterrent to would-be poachers. But the Manyani school needs financial support with infrastructure and curriculum development. There is a powerful and unique ethos the Manyani school seeks to instill that can be a model for Africa as a whole. When elephants are damaging corn fields and locals ask for help from Kenya Wildlife Service, the response is based on benevolence that seeks the best results with the least damage to elephants. Its institutional spirit is second to none and its ethos is one of trust. Its ethic seeks to lean away from a military boot camp to one of disciplined law enforcement.

Patrol aircraft also serve as deterrents, so that criminals realize resistance is futile. Good aircraft which can cover thousands of square kilometers from the far north to Tsavo and Amboseli in the south cost many tens of thousands of dollars. For most of this decade it has been a war, a war waged for what remains of Africa, and it is a war that must be won. 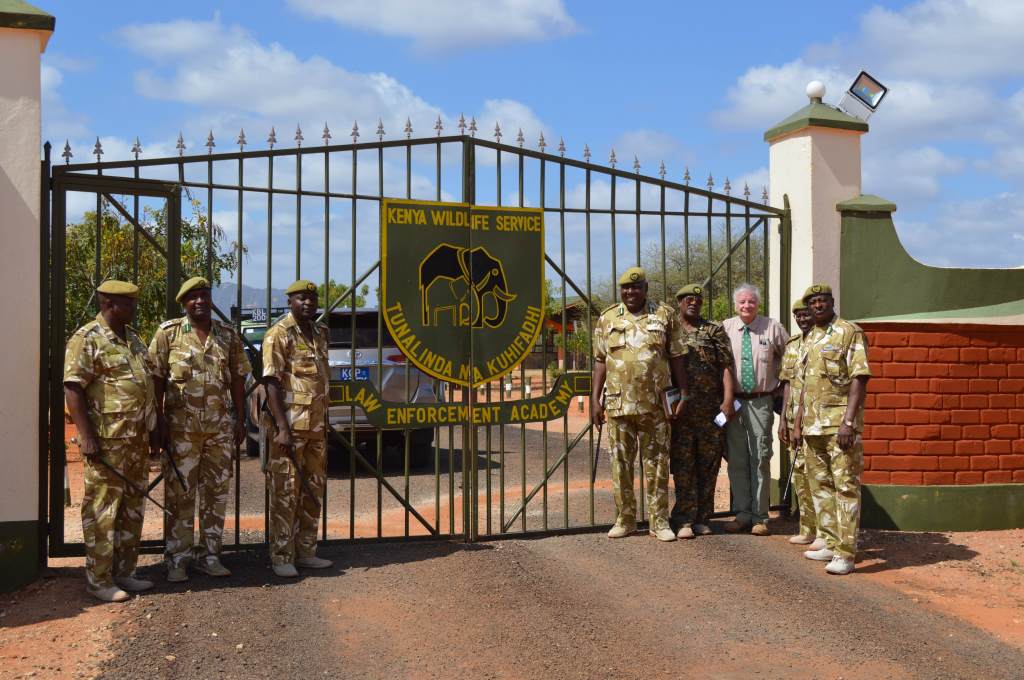 Already in the past decade, a third of Africa’s elephants have been lost, mercilessly destroyed by wanton criminals looking to sell ivory at the highest price. Even though China decided to close its markets in late 2017, Hong Kong and other south Asian countries have yet to do so. The illicit trade continues. The Manyani school serves as the highest example of what is possible to commander operations in the field and to protect what remains of the wild.

It is fair to say that without the elephants and whales humanity will collapse upon itself. We will have become another species. One ranger who daily risks his life to protect elephants — despite having lost his grandfather to an elephant — told us he is dedicated to saving the species. He said, “A world without elephants is a world without oxygen.” The Manyani rangers have received some support for the barracks they need to live in and train. They need more: field equipment, night vision goggles and even airplanes for patrolling the wilderness. Better facilities and running water is needed as never before. Those sacrificing their very lives and families to protect rhinos, lions and elephants in the bush are the heroes of our time.

It is a strange period of history when indigenous activists fighting for the future of their forests, their very environment, for life on earth are being killed by the dozens every year from the Philippines, to the Congo, Brazil and Mexico. It is sobering to realize that these people are fighting not only for their homeland, but also for our very place on earth. If we lose the other species it will no longer be worth being on this earth.

I invite those with conservation interests to contact Bill Clark working with the NGO Friends of Animals. He can be contacted at bill.clark.oasis@gmail.com. The next generation of children cannot be told we lost the lion or the cheetah or giraffe because we did not have the vision or fortitude to fight. One Samburu elder told me, “Without the elephants and the other species, we will lose our minds! There will be nothing to return to. All that will be left is to kill ourselves.”

It is time to fight and take a stance and give for the children of the future, both human and nonhuman. The Manyani school, with no equal in Africa, is fighting for what remains of the great Pleistocene megafauna that still inhabit the cradle of man. The Manyani school houses and trains those very rangers who will help Africa hold on to what remains of her priceless treasure, her wildlife.

When I was first in Kenya as a teenager of 15, the massacre of the innocents, the devastation that was imposed on Africa’s elephants had not yet begun. There were more than 1.2 million elephants then. Today, no more than 350,000 savanna elephants remain and poaching continues. Some 40 percent of the giraffe population has been lost in the past 20 years and over 90 percent of the lions. The rhino is holding on for dear life. Supporting the Manyani school is a concrete vote for the future, because without the other beings, we will have no ballast. We will self cannibalize.

Those who have the means must support the rangers dedicating their lives to the animals, beings who were our first teachers. We have been awed by their power and grace, emotionally and spiritually for millennia. If the machine is the only thing we as adults will be able to bequeath the next generation, we will have lost the children. Without the animals, as the ecologist Paul Shepard expressed, the horizon on our future will close.

Manyani is a unique model for rangers across the continent. Extinction is the most unholy definition of our time. The only extinction created by man. We have to be held accountable. Because in the end, all the money in the world won’t bring back the tiger, the whales, the frogs, the elephant and yes even the insects whose populations are diminishing across the globe. We must forge a clear vision of what we have become on this small planet and what we ultimately want to be as a species, because our very place on earth lies in the balance. The window to reverse course is closing fast and much depends on this decade, perhaps the last in which we can salvage not only the countless species that make up the tapestry of life, but also our souls. We won’t be given a second chance.