Can this simple fix save Arctic ice?

“We fear, and never in this century will we cease to fear. We fear the end of man as that old man shaman in the snow had never had cause to fear it. There is a winter still about us — the winter of man that has followed him relentlessly from the caverns and the ice. The old Eskimo spoke well. It is the winter of the heedless ones. We are in the winter. We have never left its breath.”

—Loren Eiseley, “The Winter of Man”

How would Fritjof Nansen, the Norwegian explorer, have responded, prepared to be the first to venture towards the North Pole on his ship the Fram in 1893, if others had told him, you’re too late, the ice at the top of the world is gone. Try the South Pole instead. What if the polar bears that he had to shoot to feed himself had disappeared, when he was forced to abandon ship, and walk towards the North Pole. That world of melt and dissolution and struggling polar bears is now upon us. The North West passage the British explorer John Franklin and countless others had to brave in the early 19th century was often blocked by merciless landscapes of snow many meters thick. Since the days of the Greek sailor Pytheas in the 4th century BC, navigators have dreamed of braving the far northern latitudes and Ultima Thule.

Today open sea is taking over the top of the world and its immeasurable ability to cool the Earth. Currently only about 250,000 square miles is multi-year ice. Snow that used to be able to reflect sunlight back into space is becoming an endangered species. Arctic sea ice has melted at un unprecedented rate. It seems every year our species is breaking records for ice loss and melt, and everything that affects the future of our world. If we lose the ice pack and snow shield at the top of the world, perhaps within a generation, humanity and life on earth enter quite literally, uncharted territory. One could despair. It could seem as if we had lost the game. But what if a concerned engineer had a vision to not only mitigate the crisis, but actually offer a restorative solution that could actually help some of the ice come back?

Her name is Leslie Field, an electrical engineer and professor who started to worry that society wasn’t making the transition fast enough after seeing “An Inconvenient Truth” by Al Gore. She launched the Arctic Ice Project while teaching at Stanford, sensing that humanity needed a more direct and immediate approach to restoring habitat, somewhat like the Pleistocene Park envisaged by the Russian Sergei Zimov. The perennial, mature ice in the far north has receded by an astonishing 95 percent. As a mother of two she needed an alternative and safe way to address the unequivocal and Herculean task of addressing human-induced climate crisis.

She and her team have spent more than a decade ruminating, modeling and conducting small-scale tests on the best possible solution and have come upon with one of the least engineered and least technologically burdensome ideas for helping the Arctic maintain its ice and the Earth’s reflective shield. And the answer lies in small, hollow, glass micro spheres, like talcum powder but without the toxicity. Beads that would increase reflectivity by 50 percent and help ice last 20 percent longer than without this added “sandy” layer. This fine grain came from careful research, an intuition, and small-scale testing that indicated that this could well be the material that could make a difference. An amorphous silica glass based product that could be easily distributed and easily accessed. She wanted to know if her intuition was correct and conducted several tests from tanks at home in California to larger scale experiments in Canada and even in Minnesota where at a pond site she discovered that just a few layers of powder made young ice 20 percent more reflective, increasing the albedo. In one experiment, where the uncovered, untreated ice had vanished, the covered ice was still nearly a foot thick. 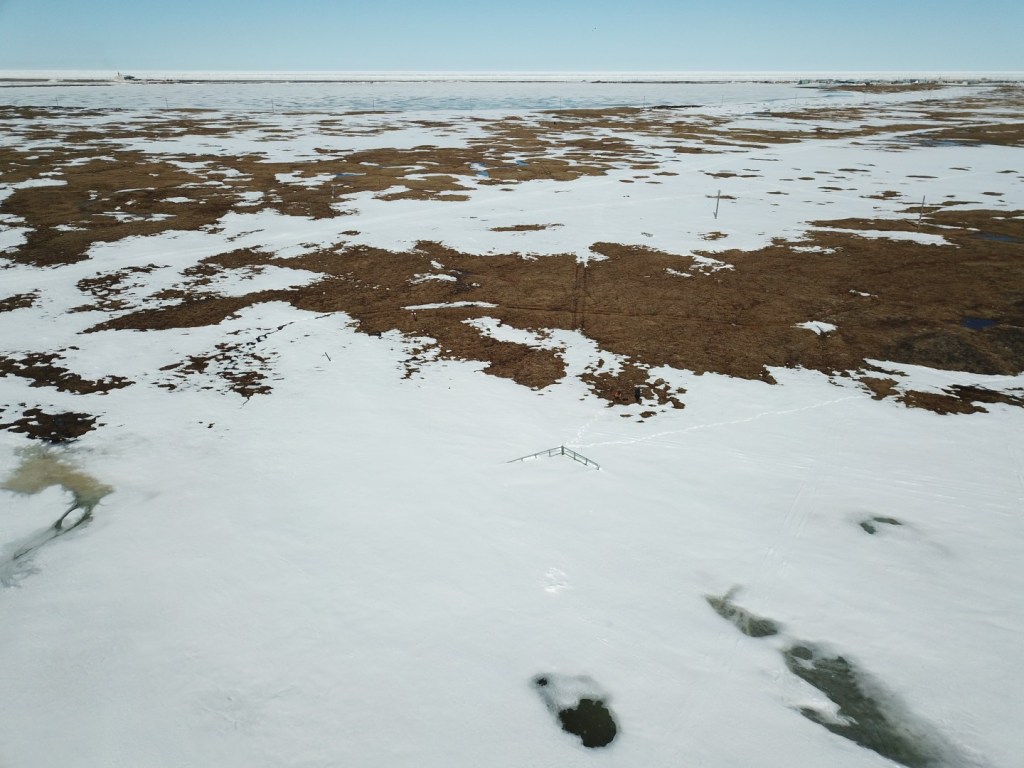 Having coincidentally traversed the Fram Strait last year, one can vouch that it is a key geographical location for attempting further tests. The passage between Greenland and Svalbard is where we saw several blue whales swimming past our ship, marvelous marauders spellbinding everyone on board, the largest sentinels of life ever to have lived. Promise was in the water everywhere. And it is here that Field worked with climate modelers to study whether in this location, large-scale regeneration of Arctic ice could happen.

Similar in scale to diatoms, these beads can float and so far have had no side effects on either the fish, the sheephead minnow or the bird, the northern bobwhite, when digested. Some scientists, like Emily Fox, who studies climate policy at the University of Cardiff, is concerned that the spheres could impact the zooplankton (aka copepods) who eat diatoms and whose species plays a very significant part in the larger ecosystem. So far, the beads float and no negative impacts are expected. Leslie is eager to collaborate with marine experts on further experiments to see if there might be any harmful effects. One colleague, Lars H Smedrud, professor of geophysical sciences at the University of Bergen, believes Field’s approach could very well work, especially on a select small scale. One solution would be to have beads that disintegrate over time, one of the geo engineering questions that could be taken up in experiments coming up soon in Utqiagvik, Alaska.

Field calls this the backup plan she wishes our species did not need to even try. But we could be past the point of no return when it comes to ice. Open ocean reflects a mere 5 percent of sunlight, young ice about 30 percent, old ice, which is almost gone, about 80 percent. The ice Leslie hopes to save with her micro beads is about 45 percent — way more than with no ice at all. This could buy humanity time to bring down carbon emissions and improve the base layer of the ice, which still occupies the Arctic after the winter months. By 2025, she hopes the experiment will be ready and that questions dealing with the viability of the beads will be answered. 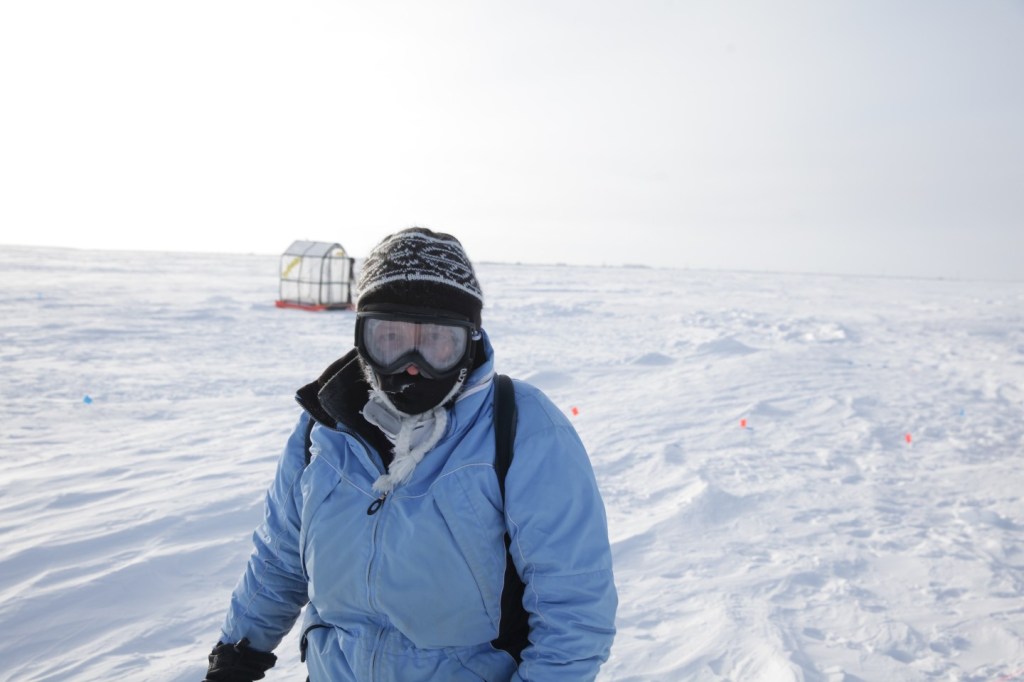 The Arctic Ice project will need several million dollars to answer research questions on effectiveness and safety, as opposed to the hundreds of billions that have already been spent on the after effects of tornadoes, mega fires, hurricanes and floods in America alone. A way to keep and increase the ice at the top of the world could be an answer to an immense problem we have inherited from decades of neglect. In 1985, 30 percent of the Arctic used to be old ice. Today it is 1 percent. By 2030 there will probably be no summer ice and the age–old predictions of the Inuit that there would be people who would change the weather, will have become a fact. Now that the prophecies of a millennia old culture have come to pass, how does civilization respond? Today we are still growing young ice in the winter. Like the young people of the world marching for the climate, there is a chance the ice can grow to see a viable future. The day we lose summer ice will be the day humanity loses its Arctic cooling system. The mega fires of California and Australia may conflagrate into world wide conditions and become the norm and there will be no return to the days when ice could temper the temperature of the Earth. Ice is increasingly losing its place before the behavior of a species that used to struggle against the great glaciers of the northern hemisphere. Field passionately advocates for the need to lower civilization’s emissions, but her insight that a protective coat can help the ice, may be one of the keys to making the transition in time to an economy and civilization that is coherent with how the Earth actually works, if we are to survive. 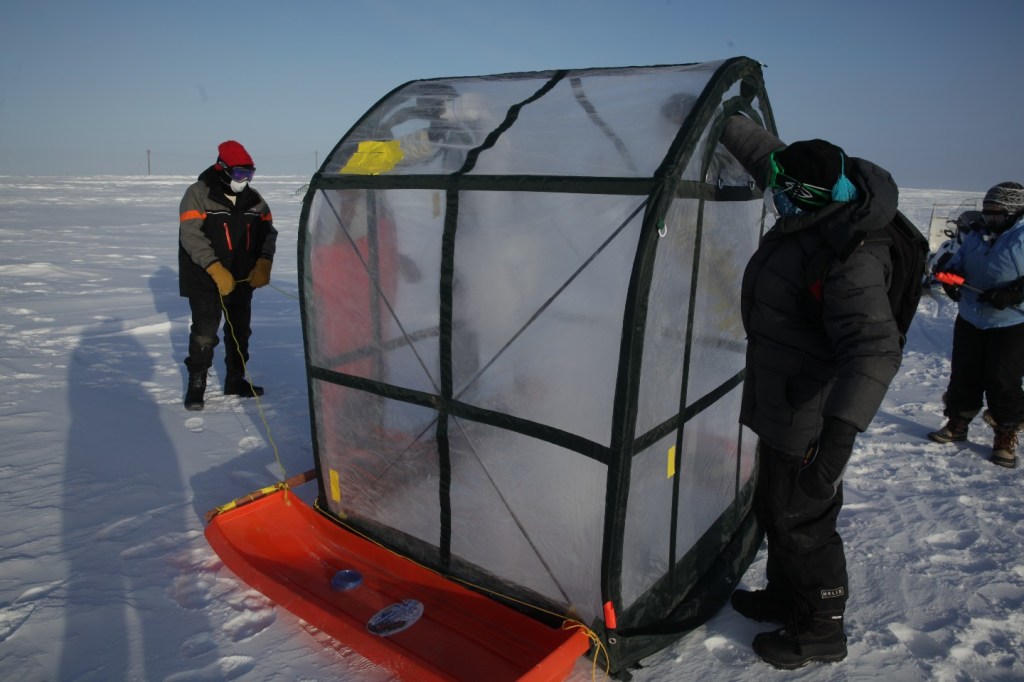 Of course, the decision, funding and work to implement the solution in strategic areas of the Arctic for maximum benefit, will be up to international governance, regulatory and funding organizations, such as the UN or the Arctic Council, who will have the job to make impartial determinations of what is in the best interests of humanity. The time to stabilize the ice and the global climate is now. As Field tells her Stanford students, colleagues, and conference attendees — “Every degree matters. Every degree is worth fighting for.” It is not yet too late to make a positive difference in the future of life on Earth.

To help fund Field and her team please contact the Arctic Ice Project, at www.arcticiceproject.org. 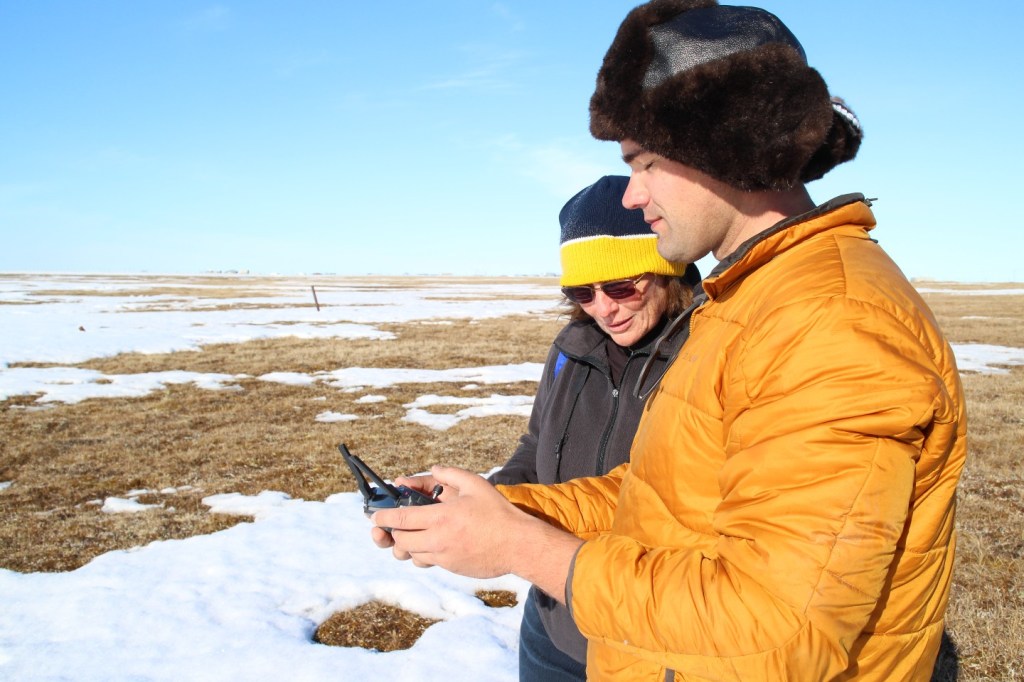