“The day we die a soft breeze will wipe out our footprints in the sand. When the wind dies down, who will tell the timelessness that once we walked this way in the dawn of time.”

“And there is an extraordinarily angry and aggressive quality in the knowledge of modern man; he is angry with what he does not know; he hates and rejects it. He has lost the sense of wonder about the unknown and he treats it as an enemy.”

“But what other civilization in history has been ‘advanced’ enough to drag down with it the primitive sources that could one day perhaps replenish its sapped vitality?”

Lewis Cotlow, “The Twilight of the Primitive”

The rigs are being assembled, the hardware unpacked and stealthily implanted in between two U.S. administrations, a bit of grand environmental larceny on a scale that one of the world’s most spectacular wetlands does not deserve. In a time when we know that oil is creating climate havoc worldwide, to look for oil even in proximity to the famed Okavango Delta should shame us. The area is home to well over 100,000 elephants and seven endangered species. The top end of Botswana and eastern Namibia will be in the hands of ReconAfrica, the Canada-based oil company and it promises to upset the entire region if the international community does not step up and stop what would be one of the great ecological violations in Africa and the planet.

It wasn’t enough to lose about 130,000, a third of Africa’s elephants last decade, in one of the most diabolical poaching events in human history. Now, ReconAfrica, based in Vancouver, is poised to drill on almost 14,000 square miles, an area larger than Belgium, which they have leased just northwest of the famed Okavango Delta in Botswana. The delta is a UNESCO-designated World Heritage Site and home to one of the most irreplaceable wetlands on Earth. The major discovery of oil comes at a time when humanity needs to be weaning itself off oil and would bulldoze the Ramsar treaty signed by both Botswana and Namibia to protect wetlands. Supposedly, ReconAfrica met investors in Frankfurt last October and according to the company Worldwide Geochemistry, there may as much as 100 billion barrels of oil in the area, about a third of what Venezuela or Saudi Arabia produce. 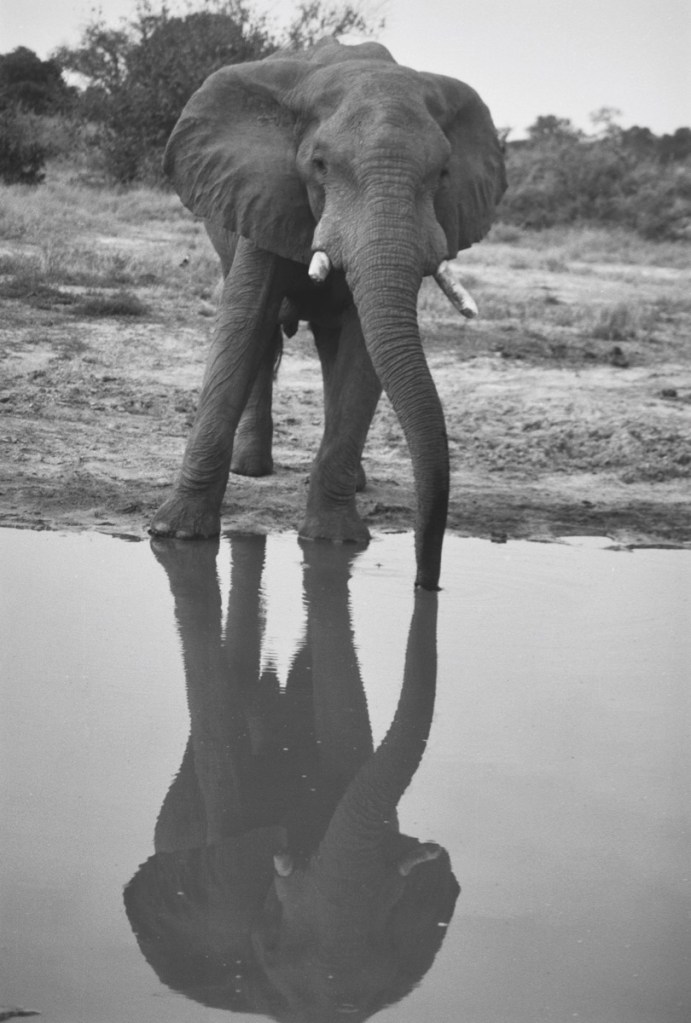 When we visited some of the Bushmen in northwest Botswana a generation ago, we learned the extent to which the Bushmen had been threatened and mistreated for generations for diamond extraction, which serves the first world as luxury items. The human rights violations have been overwhelming. The government has threatened to extort or evict the few hundred Bushmen who manage to eke out an existence from the land on many occasions. For hundreds of years, they have been abused by both European colonizers and the Bantu who came down from the north. When a Bushman caught an eland, the government declared it necessary to imprison the culprit. Many in the past have been moved to bleak settlement projects like New Xade. Botswana, the richest country in Africa with its diamond industry, doesn’t need the oil while Namibia looks for the very opportunities it can to raise money by auctioning off elephants and offering trophy hunters the “thrill” to hunt big game. The diamond wealth has come at a great cost to the Bushmen and none of the riches has gone to the first peoples of Africa and oldest genetic group on Earth. The constitution that allowed everyone to live where they pleased has been amended to suit the taste of the petrochemical and mineral corporations. This right, abrogated time and time again in Botswana did not include the first peoples of Botswana. Prospecting will also endanger the Tsodilo Hills sacred to the San, perhaps the greatest amalgam of indigenous art in all of Africa.

ReconAfrica’s CEO Scott Evans, former vice president of Halliburton, and others say the effects of oil and gas drilling will be “negligible.” The drilling sites planned would follow the banks of the Kavango River between Namibia and Botswana inside the Kavango Zambezi Transfrontier Conservation area, which covers more than 500,000 square kilometers. It is the last stronghold of the African elephant on the continent. Several migration corridors would be impacted, as well as a myriad of other species. According to a spokesman for Recon, Claire Preece, “The area of interest named Kavango Basin is not situated in a sensitive area at all and all the exploration activities are highly localized.” 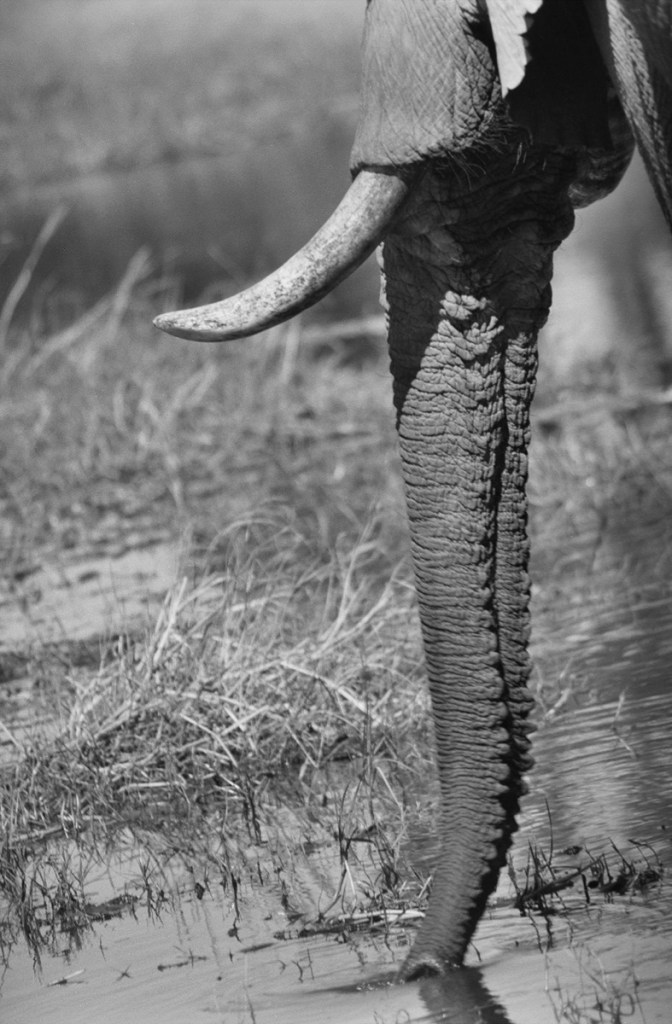 But author Sandra Steingraber says, “Studies show that there are multiple pathways to wildlife being harmed.” From contaminating the waterways, the hand dug wells, and dropping the groundwater table. The local people are apt to be the first on the front lines of extreme environmental damage. Namibia’s Ministry of Environment, Forestry and Tourism say they do not know about the so called environmental impact assessment done by Recon at three sites.

The water in the area is the lifeline to more than a million people, including many Tswana communities and the tourists who come to marvel at the unique wetlands, the largest inland delta on Earth whose waters pour from the Angolan highlands and whose ecosystem could be laid waste if Recon has its way. Hundreds of wells would be drilled by the company, and it would fast become the largest such new oil field in the world. The same battle is being played out in the Arctic National Wildlife Refuge in Alaska and if big oil has its way, this part of the world could become a refuse dump of heavy metals, and radioactive wastewater. “It boggles the mind,” says William Odendaal, the project coordinator at Namibia’s Legal Assistance Centre, a public interest law firm, whose concerns are igniting a frenzy of disbelief in the conservation world. The U.S. would consume its oil in four years.

Chris Brown, the CEO of the Namibian Chamber of Environment, says that Recon has yet to abide by any legal and environmental venues of public discussion of the possible drilling. And what about the possible tension between the two countries considering there is no international treaty on the management of shared water resources?  Namibian Mines Minster Tom Alweendo has no problems with the proposed oil ventures. Namibia insists it will help local employment and that wells will help local communities. But many locals did not even know of the operations, including Jacob Hamuternya, the chairperson of the George Mukoya Conservancy, which is only about 80 kilometers from one of the test sites. Jacob says the locals’ income comes from the tourists and their love of the wildlife.” If that oil industry comes, it will destroy everything.”

Annette Huschle, who has spent years in Namibia as an environmental social scientist with the Global Risk Governance Program says that” either the Namibian government didn’t read the fine print” or is in denial. Operations will require Recon to use enormous amounts of water to remove polluted rock from drill holes. The Omatoko River, the source for the water will in essence be sacrificed and according to activist Ina Maria Shikongo, contaminated, to make the boreholes possible. She exclaims, “What will the neighboring countries do when their livelihoods are impacted because of a choice Namibia made for them?” About 1.5 million gallons of water will be needed to frack a single oil well. 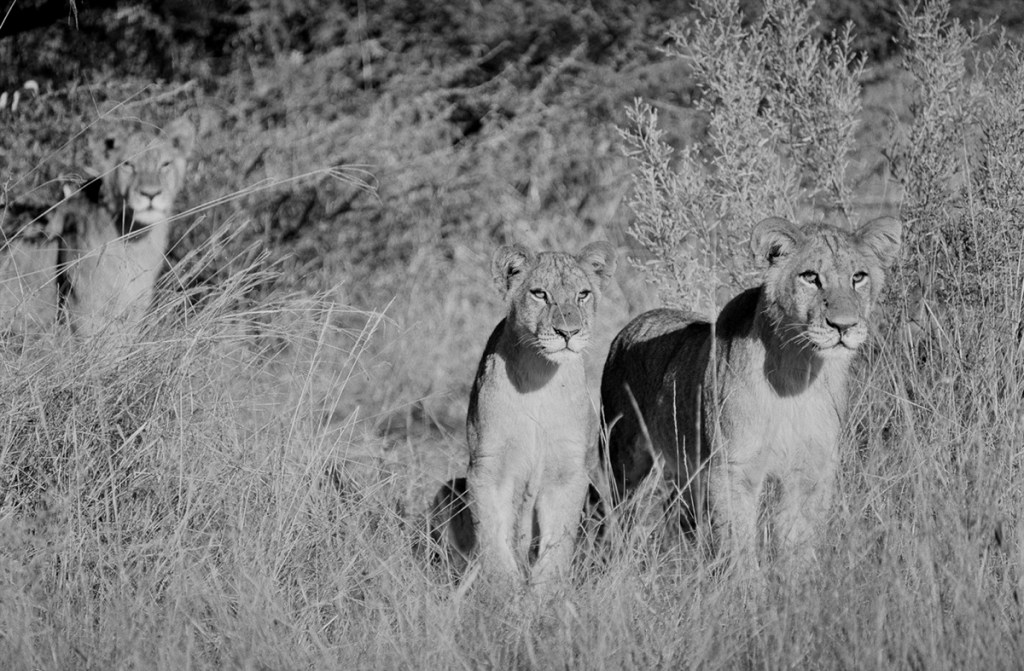 When Marie and I were listening to the Bushmen, looking for insight into their unique relationship to lions, we were mesmerized by the vast sweep of an ecosystem, the place where man was indeed born, where waters flow from the forested highlands of Angola hundreds of miles away and where the last super herds of elephants and the streams they indulge in, is a refuge for countless other ungulates and predators, making it a treasure unlike any on Earth. The San people whose land this was before the European invasion enabled us to glimpse a truth, not about averages and numbers, but about the miracle of consciousness, a truth of which the fires in the midst of the wilderness speaks so convincingly.

Claire Preece, speaking for Recon, says, “Recon will ensure that there is not environmental impact from these wells. Specific steps are taken that are part of our plans and verified by environmental auditors and technical specialists. ReconAfrica follows Namibian regulations and policies as well as international best practices.” Like the Exxon Valdez that laid waste to the southern coast of Alaska over a generation ago. Or the BP Deepwater Horizon spill ten years ago that led to the death of thousands of marine mammals. Or the Amoco Cadiz spill. Or the Castillo de Bellver tanker that sank off the coast of South Africa in 2010, that spilled 1.8 million barrels of oil. All perfectly safe. Until they failed.

Scott Evans of Recon says the project, “has a really high chance of success.” But the success will rob southern Africa, and the continent, of the last chance to give the recently butchered elephant population that lost a third of its species, the chance to recover. The waters of life and the oil industry do not mix.

Namibia has not given permission and foreign governments should admonish the oil companies well in advance that they will not support what would amount to a global crime. No matter the investment made by the oil industry, it should honor Africa’s patrimony, people and wildlife before they are lost forever.

The animals, the buffalo herds, the waterbuck, the lions, the elephants are “both an example to us of what we should recover in our own spirit. And they are also a warning to us, that if we do not recover this sense, nature will turn on us one day, and we will be eliminated as the Bushmen were eliminated — because you cannot eliminate something precious in life without killing something in your own soul,” wrote Laurens van der Post. The Okavango, in its wondrous, bewildering channels of labyrinthian streams, is one of the cardinal jewels of the world. A San elder, Roy Sesana, told us that when it was time for the calving season, certain stars appeared as if on cue in the sky. Roy lifted his hands as if to illustrate the wonder of this correspondence. It was a simple yet superb indication of what the San stand for. Despite the torture and racism they have had to endure, something timeless in the Bushmen’s hearts remains to this day. The possible poisoning of a tract of the world too priceless to contemplate like a vast teeming magnet for the Edenic force of the world, could be poisoned forever. 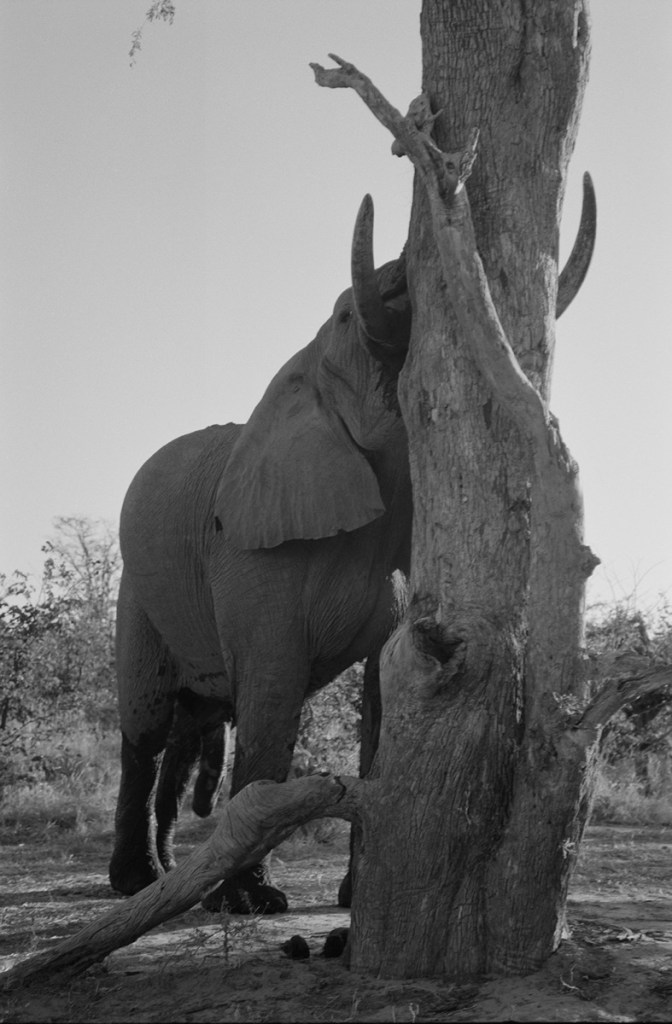 Will the Okavango’s life-giving arterial waters like a giant outspread fan succumb to the blood oil of industrial society? Will Africa’s greatest population of elephants once again have to be damaged and sacrificed for the very liquid that is combusting the planet? If we cannot stop the oil industry’s blood lust, humanity will lose and southern Africa will never be the same again. As Laurens van Der Post vehemently exclaimed in his “Testament to a Last Will of Man” in 1984, nature is “the last temple on earth which is capable of restoring man to an objective self wherein his ego is transfigured and given life and meaning without end.”

The Biden administration should use all the means at its disposal to convince ReconAfrica and the Canadian government that projects like these are literally undermining the planet. The new ecocide law that the French have adopted in their constitution should apply to the rest of the world. While we still have a world.