Greenland is crying — can it be saved from mining and climate change?

“The weather, which we had learned and predicted for centuries, had become uggianaqtuq—a Nunavut term for behaving unexpectedly, or in an unfamiliar way. Our sea ice, which had allowed for safe travel for our hunters and provided a strong habitat for our marine mammals, was, and still is, deteriorating. I described what we had already so carefully documented in the petition: the human fatalities that had been caused by thinning ice, the animals that may face extinction, the crumbling coastlines, the communities that were having to relocate—in other words, the many ways that our rights to life, health, property and a means of subsistence were being violated by a dramatically changing climate.”

―Sheila Watt-Cloutier, “The Right to Be Cold: One Woman’s Story of Protecting Her Culture, the Arctic and the Whole Planet” 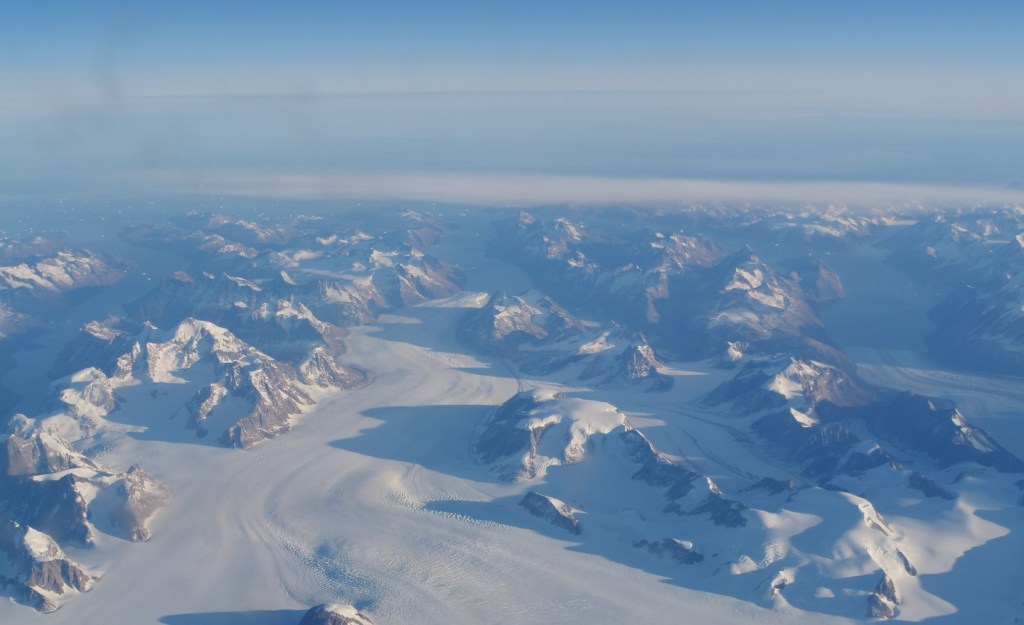 To see the titanic body of the Greenland ice sheet from the air, the colossus of the north looking like a gigantic white blanket stretching all the way to the Hyperborean horizon is to see the future of the world unfolding. Recently, on August 14 and 15th it rained in Greenland, something that has never been seen before by human eyes. Greenland has attracted gold diggers and mercenaries and prospectors looking to advance mercantile civilization since the 1800’s. But this climactic event astounded experts. Glasgow did not deliver on what the world needs more than anything else, a treaty to salvage the planet. It seems humanity is still in a state of denial about the enormous realities facing the Earth. And Earth changes as we now know don’t necessarily take eons to develop and overturn the norm; things can change on a dime, in a matter of a few years. We must take seriously what is happening to the largest island on the planet, the air conditioner for all Earthly life. 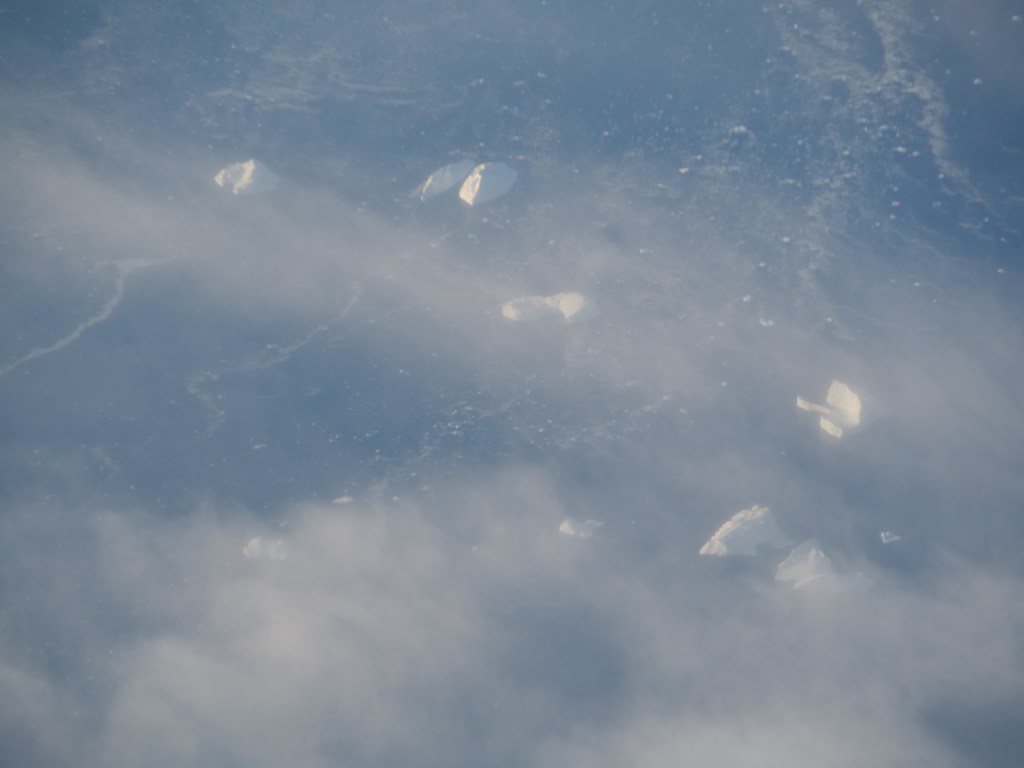 What do Bezos, Branson and Gates and Ray Dalio, the hedge funder, have in common? A lust for minerals in Greenland. Microsoft’s breakthrough Energy Ventures has its eyes set on the vast territory, as minerals used for electric vehicles abound in Greenland. KoBold metals, a California company whose investors include Bill Gates and Jeff Bezos, formed a joint venture with Bluejay Mining, a British company and have paid $15 million to the Disko-Nuussuaq project on the west coast of the island, in return for a 51 percent stake in the company. Platinum, cobalt, copper, nickel are among the minerals that will be extracted, just in time to ignore what little assurances Glasgow managed not to accommodate for the future of the planet. It seems that western Greenland’s geology has similarities with Russia’s Norilsk region, which has deposits of palladium and nickel, right in the middle of Siberia. Perhaps if cop26 had been in Greenland, the world could have had a better understanding of the emergency we all face and enacted a truly visionary agenda for the Earth.

Greenland is warming twice as fast as the rest of the planet and now the outside world and its business elites have come to claim a piece of the immense frozen pie. Even more rarefied than nickel and platinum are elements like neodymium, dysprosium, scandium, yttrium and others. China has a near stranglehold on the supply of these elements and Greenland offers a way out of the monopoly. Kvanefjeld in the very southern tip of Greenland could be a supplier of rare earth oxides, uranium and other elements for decades. It is the second largest mine of its kind on Earth. Near Kvanefjed is the community of Narsaq home to farmer Naasu Lund who feels that a proposed uranium mine would spoil the incredible land that she was born to. The 240 million dollars that would go to Greenland is not enough for many of the locals who bemoan the potential for the very real desecration of an entire region. Greenland Minerals Limited from Australia have a shareholder, Shenghe Resources Holding from China, a rare earth processing company. Many are skeptical of the benefits, because most of the jobs will go to the specialized workers involved in the mines. All that will be left is contamination.

Mariane Paviasen, from Narsaq, elected to Greenland’s Parliament, whose main industry is fishing is worried about the radioactive byproducts that will leach into the soil and ocean. The open mine pit would have wreaked havoc on her village of 1,700 on the southwest coast. She managed to convince the local population to oppose the mine. “I was aware that this thing would affect us. So I had to do something,” she said. As locals began to understand about the tailings and the pollution public opinion began to shift. She managed to convince the locals to oppose Greenland Minerals. “The mining companies know what we have in Narsaq. We are not safe in the future,” she said. Greenland Minerals insists that the radioactive waste would be minimal. Minimal on what is one of the most isolated and pristine environments on Earth. 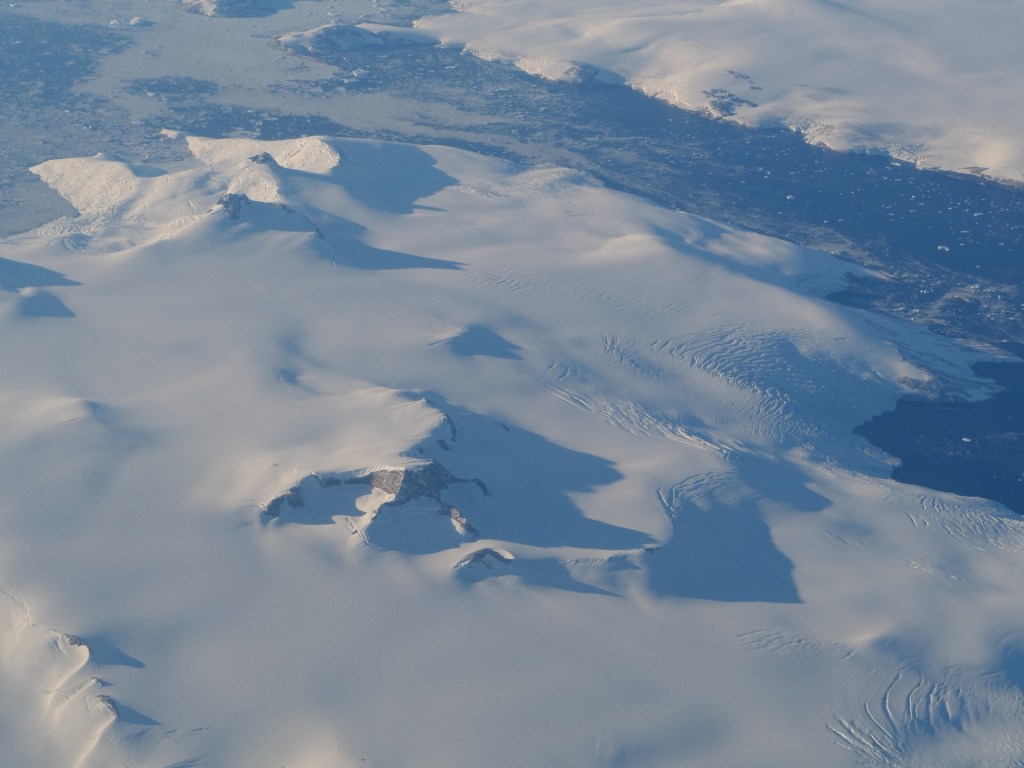 Most Inuit are against uranium mining but some support zinc and gold extraction. While the balance between economics and the environment has yet to be struck, other mining operations are scouring the bottom of the sea for equally promising rare earth finds. What will happen to the shrimp, salmon and halibut the local fishermen depend on? What will happen to the water?

Between Greenland and the bottom of the sea, capitalism is looking for resources to fuel a civilization that is ironically on its last legs. Weather events that were not supposed to happen until the 2060’s and 2070’s are happening now. Sections of the Arctic will become rain dominated in the not too distant future.  2012, when we first went to western Greenland, was the year of the great melt when scientists were walking on slush everywhere they went. Some scientists like Marc Tedesco, a research professor at the Lamont-Doherty Earth Observatory, called his camp ”Little Venice.” Some models indicated increased snow over the next two decades or more but then the rain would come. Now the rain has come.  The melting glaciers would have humbled even the most diehard skeptics. Glaciologist Konrad Steffen had foreseen what would happen to Greenland. It was thought in the 1990’s that major changes to the ice sheet would only happen on a centennial or millennial time scale. Now changes are happening within a few years, astounding the scientific community. But Steffen, who was director of the Swiss Federal institute for Forests, Snow and Landscapes and who spent some of his best   earthly moments traversing ice fields and sleeping on glaciers could not foresee the day he would die falling in a Greenland crevasse last summer at the age of 68. If leaders at the cop26 could have peered into the depths of the crevasse that took Steffen’s life, perhaps they would have acted with a little more urgency. They would have seen a crevasse as a metaphor for the hole that could easily swallow our entire civilization.

U.S. Secretary of State Anthony Blinken visited Greenland in May this year.  America has its sights set on a land where medicine men once had visions of polar bears. The Chinese and the rest of the world are lusting after a little bit of a once permanently frozen paradise. Only a little while ago, Greenland cried for the first time in the human time scale, rain carving out the armor of snow with which the largest island on Earth used to protect itself from the world, and the world from the encroach of civilization. 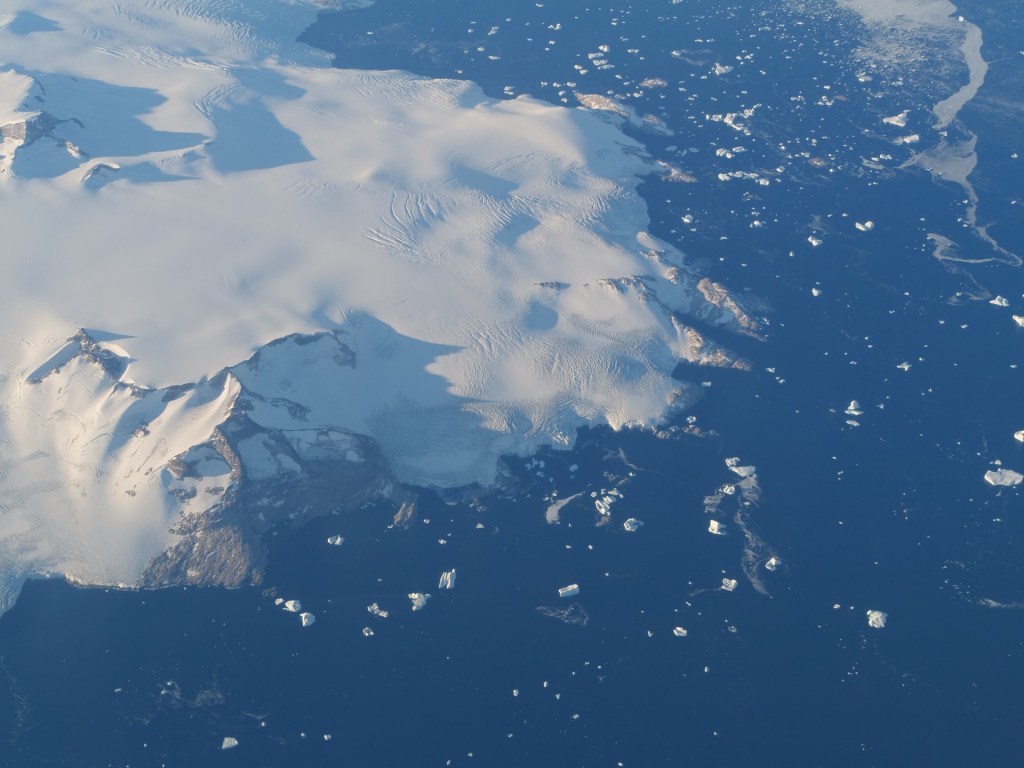 “When the ice goes, so does the wisdom.”