A drone operator has been granted permission to attempt to rescue three dogs in Spain that have been trapped due to an erupting volcano. 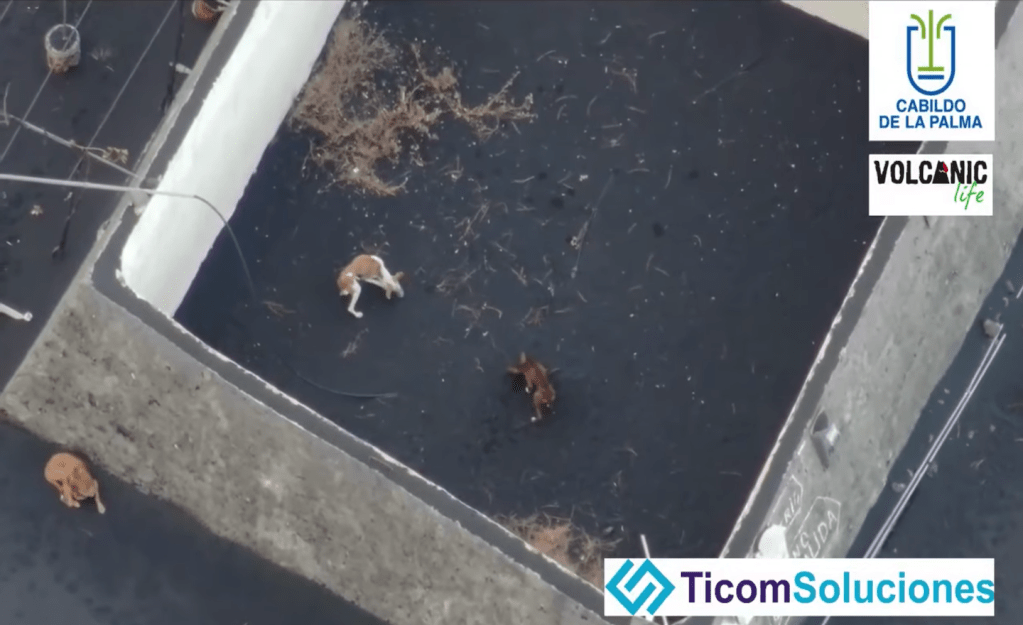 The emaciated dogs were located by a drone operator on the island La Palma and have been stranded for weeks due to the continuing eruption of the Cumbre Vieja volcano. The dogs have been fed by drones dropping bags of food to them, according to Reuters.

Now, the drone operator has been given permission by emergency authorities to attempt to rescue the dogs.

“It’s the first time an animal is being rescued with a drone and the first time it has to be captured,” Jaime Pereira, CEO of drone operator Aerocamaras, said. “If that’s the last option that the dogs have? Then we’re going after them.”

The rescue mission will involve sending a 110-pound drone outfitted with a large net over to trap each dog, one by one, and fly them 450 meters, or about a quarter-mile, over flowing lava to safety. The drone operator will only have four minutes to lure the dog into the net and an additional four minutes to fly them out.

“What we don’t want is to run out of battery when flying over the lava,” Pereira said.

Test flights are currently underway, and when the mission will be carried out is undetermined at this time.