Beth Davis has taken her quest to find her daughter, Molly Davis, love to the Big Apple, obtaining a 47-foot-by-25-foot billboard featuring her daughter’s Wingman dating profile in Times Square. 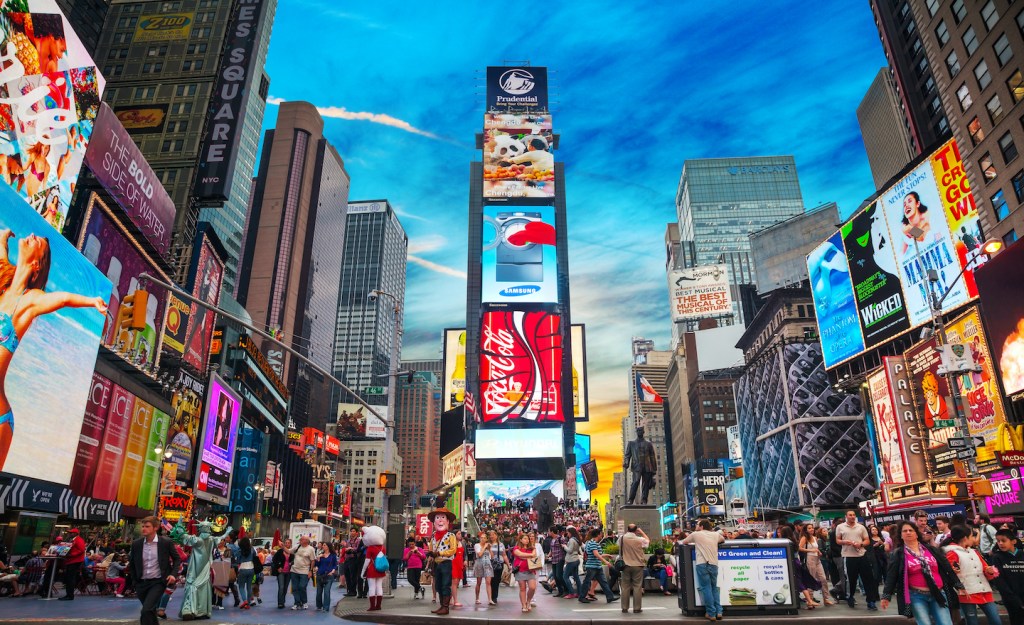 Beth Davis, 61, was first diagnosed with breast cancer in 2004, going into remission after treating it with chemotherapy. In June 2020, her cancer returned as metastatic breast cancer that had spread to her bones. She’s currently treating her cancer with Ibrance tablets, in hopes of giving her at least another two years.

“I would like to see my daughter well-settled,” Beth told the New York Post of her decision to pursue the billboard so she can be there to watch her daughter walk down the aisle. “Considering that I have serious health issues, there is urgency.”

“I’m letting my mom have the fun of filtering through profiles and responses,” said Molly, 30.

The mother-daughter duo saw the billboard together in person over the weekend.

“We stepped out of an Uber, turned a corner and there Molly was,” Beth told the New York Post. “I threw back my head, my glasses fell off and I giggled.”

And as for the potential boyfriend her daughter is looking for?

“Smart, kind and humorous would be the trifecta,” said Molly. “Someone with the essence of Chris Hemsworth or Ryan Reynolds.”