Refugees in the US can’t retain employment for long: study says

Despite refugees being eligible for federal employment support and many coming into the U.S. with professional experience and certified degrees, research has found they are less likely to be employed the longer they live in the U.S. 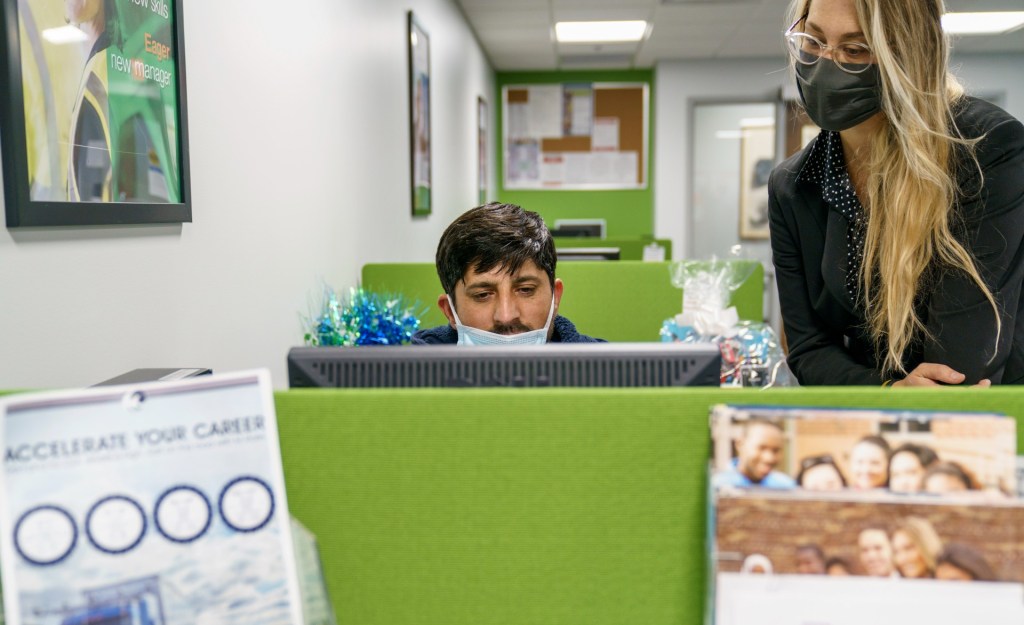 A study by researchers at Cornell ILR School, the Harvard Center for Population and Developmental Studies and Baruch College found that after living in the U.S. for five years, refugees’ employment declines, despite gaining lawful permanent residency status, known as a green card. Federal government resources are designed to last approximately six months after refugees arrive in the U.S., with support vanishing after that point.

Within those six months, refugees are expected to achieve self-sufficiency as quickly as possible, which includes settling into a foreign community, establishing English language skills and finding a job.

Researchers analyzed the number of refugees that received lawful permanent resident status in 2003 and found they had a higher propensity to be employed compared to non-refugees. However, by 2007-2009, those same refugees experienced a decline in their likelihood of employment, their employment advantage turning into a disadvantage.

Researchers argue that decline is driven by a variety of factors, starting with how the federal government has increasingly relied on nonprofit and private institutions to help with resettlement programs, but “rarely” coordinates efforts with them.

Money is another issue, as refugee resettlement funding has not only declined over time, but also become less reliable. Researchers noted that funding fluctuates from year to year depending on the anticipated refugee flow and the political priority given to refugee matters, a situation, “only worsened during the notably anti-immigrant Trump administration.”

Most nonprofits receive federal funding that is contingent on the number of refugee job placements they make, which leads many refugees stuck in “survival jobs.” Researchers describe those as low wage positions that offer little to no career growth, often only need low-skills and consist of manual labor.

Since the U.S. pulled its forces from Afghanistan in August 2021 and resulted in over 70,000 Afghan refugees being brought to the U.S., Krause-Vilmar estimated skills of about 20 to 30 percent of those recent Afghan refugees to be underutilized.

That’s while the U.S. is currently in a dire labor shortage, with Krause-Vilmar noting the nursing shortage many states across the country are experiencing could be solved in part by refugees and immigrants that have the qualifications to help.

“The reality is that I think it’s really hard for people to realize we’ve got a lot of this talent already in the United States and we’re just not tapping into that talent, because it doesn’t present itself in a way that we’re used to,” said Krause-Vilmar.

It’s a phenomenon experts call brain waste and Krause-Vilmar estimates it costs the U.S. close to $10 billion in tax revenue.

Researchers at Cornell found a similar trend, with some federally funded resettlement agencies saying they had to counsel refugees into taking minimum wage and low wage jobs, ultimately resulting in refugee employment as, “a cardinal waste of human capital.”

Andrew Lim, research director at American Immigration Council, explained that though many refugees and immigrants come to the U.S. with professional degrees and skills, many are fleeing their home countries quickly and in a chaotic process. That results in many not having the necessary paperwork to prove their credentials.

“A classic example, they may have been a doctor in their home country, but they obviously can’t practice right away. Obviously getting the credential is extremely expensive and so they may end up working as an orderly or an aid in health care,” said Lim.

In some cases, Lim said refugees may ultimately do work that’s completely different than their qualifications merit.

One solution Krause-Vilmar sees is having the federal government initiate programs that focus on licensing and credentialing, so refugees have an opportunity to apply their skillset for the American job market.

“Looking at how we streamline and reduce red tape and licensing for some of these more regulated professions, not at all impacting the integrity of the profession, but there’s an incredible amount of red tape,” said Krause-Vilmar.

The American workforce could also use some adapting, as Krause-Vilmar encouraged companies to reimagine how to integrate refugees and immigrants. She noted that once a refugee lands that first professional job they tend to be incredibly loyal to their employer, which can be meaningful to a company’s bottom line. Research from Fiscal Policy Institute highlights that, finding that turnover rates in refugee employees were lower across all industries, sometimes by half or more.