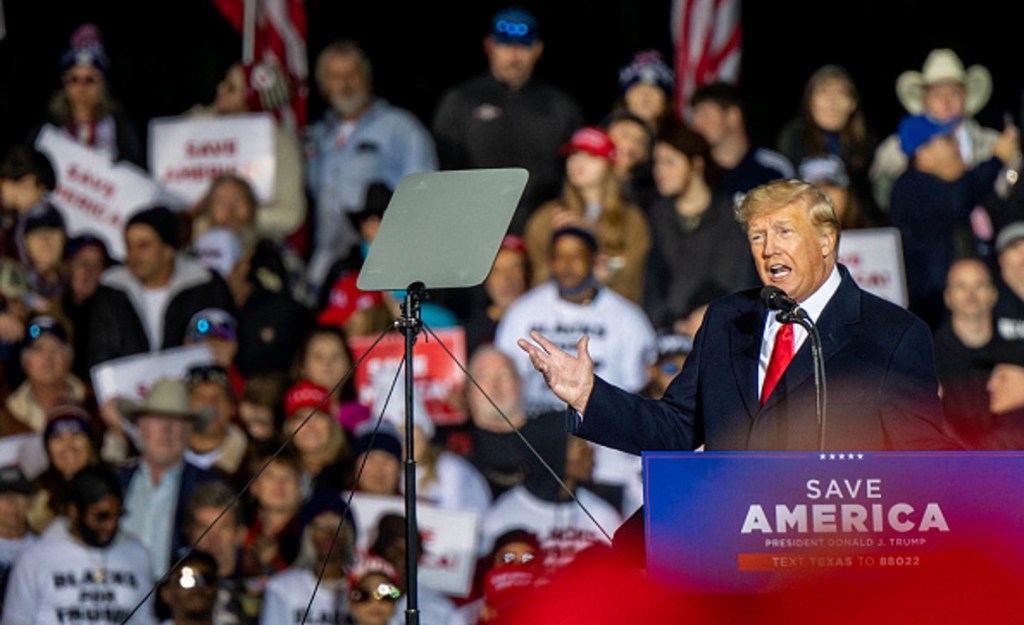 Former President Donald Trump at a rally in Texas over the weekend pledged to ban transgender women from participating in women’s sports if he were re-elected president.

“We will ban men from participating in women’s sports,” Trump told a crowd in Conroe, Texas, on Saturday. “So ridiculous.”

Trump called out Lia Thomas, a transgender female swimmer from the University of Pennsylvania, his alma mater, and falsely claimed she had in December shattered an 11-year-old swimming record by 38 seconds.

At the Zippy Invitational in Ohio — the swim meet Trump referenced — Thomas won the 1,650-yard freestyle by 38 seconds, but did not set a record in that event.

Trump has in the past voiced his disapproval for the participation of transgender women in women’s sports.

Speaking at the Conservative Political Action Conference in Orlando, Fla., last year, Trump called transgender female athletes “biological males,” a term which, according to the LGBTQ+ media watchdog GLAAD, is “problematic” in its oversimplification of gender identity.

He later added, “If this does not change, women’s sports as we know it will die.”

The participation of transgender athletes like Thomas has drawn fierce criticism, which advocates say conservatives are capitalizing on to drive more voters to the polls, NBC News reported.

The NCAA in January updated its eligibility requirements for transgender athletes, which are now to be determined by the national governing body of each sport.

It’s a shift from the previous 2010 policy, which stated that a female athlete could compete for a collegiate women’s sports team after completing a full year of testosterone suppression treatment.

The new policy “preserves opportunity for transgender student-athletes while balancing fairness, inclusion and safety for all who compete,” the NCAA said in a statement in January. It also aligns with recent changes made by the U.S. Olympic and Paralympic Committee and the International Olympic Committee.