A Tennessee pastor last week held a book burning event to purge “demonic influences” from the homes of parishioners. Copies of “Harry Potter” and “Twilight” were thrown in a massive bonfire, along with ouija boards, tarot cards and healing crystals. 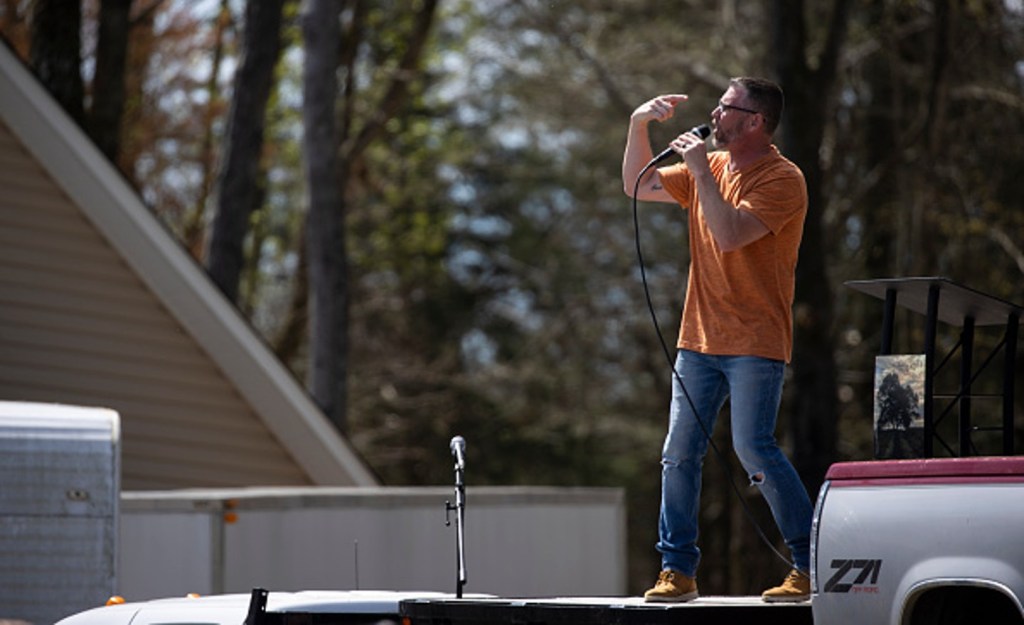 “We will be having a massive BURNING at the end of our Wednesday night message this week. We will be in our continued series on DELIVERANCE FROM DEMONS,” Global Vision Bible Church head pastor Greg Locke wrote in an instagram post advertising the event. “We have stuff coming in from all over that we will be burning. We’re not playing games.”

“We are well aware what we are stepping into. Bring it all. Stop allowing demonic influences into your home,” Locke continued. “Bring all your Harry Potter stuff. Laugh all you will haters. I don’t care. IT’S WITCHCRAFT 100%. All your ‘Twilight’ books and movies. That mess is full of spells, demonism, shape-shifting and occultism.”

Footage of the event posted to Facebook shows churchgoers tossing books and other items tied to “the occult” into a bonfire set ablaze in the church’s parking lot in Mount Juliet, Tenn.

“We have a constitutional right and a Biblical right to do what we’re going to do tonight,” Locke says in the video. “We have a burn permit, but even without one a church has a religious right to burn occultic materials that they deem are a threat to their religious rights and freedoms and belief systems.”

Locke has been the subject of controversy in the past and was permanently banned from Twitter last year for spreading misinformation about COVID-19 vaccines, calling them “sugar water.” In response to the ban, Locke said his church’s attorneys had filed a class action lawsuit against Twitter, which he called a “censorship Nazi.”

Social media users after footage of Locke’s bonfire was circulated online were quick to draw comparisons to Nazi Germany, where books undermining the Nazi party were ceremoniously burned.

Locke is not the first far-right leader to suggest books should be burned, and a Virginia school board meeting made headlines in November after a board member suggested books with “sexually explicit” content should be thrown “in a fire.”

“I guess we live in a world now that our public schools would rather have kids read about gay pornography than Christ,” the school board member said at the meeting.

A larger movement to ban books has been underway for the better part of a year, with most challenged titles centered around race, gender, or sexuality.

A Tennessee school board last month voted to remove “Maus,” a graphic novel about the Holocaust, from its eighth grade English curriculum, citing issues with the book’s language and some nude images.