Lia Thomas, now an Ivy League champion four times over, has secured her spot in the NCAA finals next month in Atlanta. 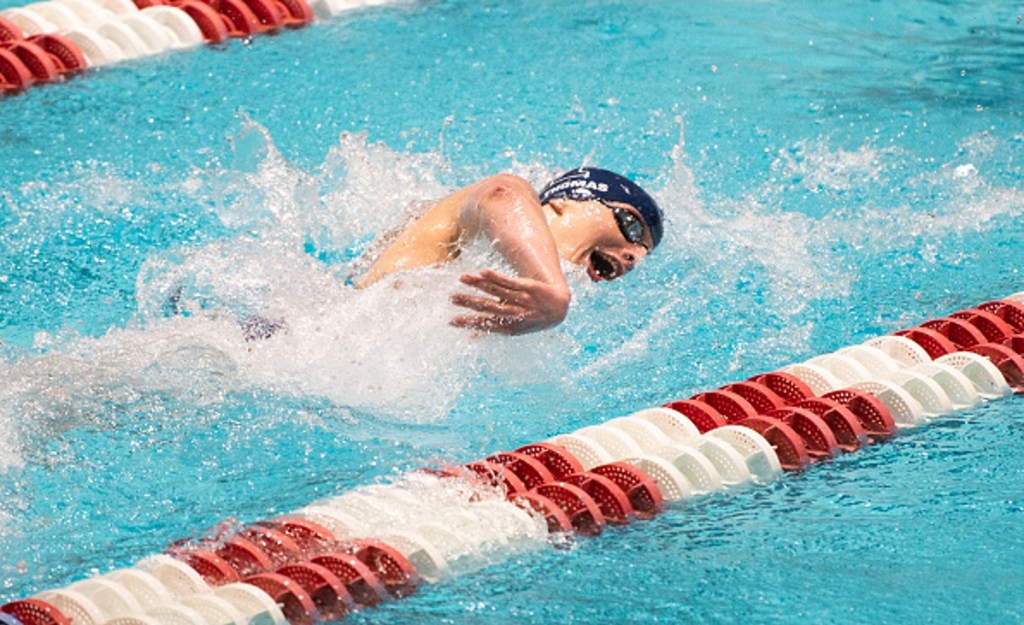 The University of Pennsylvania swimmer won all three of her individual events and a team relay at the Ivy League Swimming and Diving Championships at Harvard University last week in a record-setting performance.

Thomas, a senior on the university’s women’s team, won the 500-, 200- and 100-yard freestyle events and was the meet’s highest-scoring swimmer. Of the 10 meet or pool records set last week, Thomas was part of six of them, ESPN reported.

Thomas will compete next at the NCAA Division I Swimming and Diving Championships, which are scheduled to take place March 16 – 19 in Atlanta.

Thomas joined Penn’s women’s team for the 2021-22 season after competing on the university’s men’s team for three years. She began hormone replacement therapy in 2019, in compliance with NCAA guidelines requiring trans female athletes to complete a year of “testosterone suppression treatment” before competing on collegiate women’s sports teams.

It was briefly speculated that Thomas may not be able to swim at next month’s championships after USA Swimming, the national governing body for competitive swimming in the U.S., issued a new policy requiring transgender female athletes to prove that the concentration of testosterone in their blood has been less than 5 nanomoles per liter continuously for at least 36 months — the most stringent of any sports governing body.

The policy, which applies to trans athletes in elite competition and will be overseen by a panel of medical experts, also requires competitors to prove that a material competitive advantage does not exist because of their prior physical development “as a male.”

But the USA Swimming policy does not automatically apply to NCAA — or Ivy League — events, which are not included on its list of elite competitions.

Even though the NCAA last month said transgender athlete participation would be determined by each sport’s national or international governing body, the athletic association earlier this month said it would not at this time be adopting the USA Swimming policy because the additional changes “could have unfair and potentially detrimental impacts on schools and student-athletes intending to compete in 2022 NCAA women’s swimming championships.”

Support for Thomas, who first made headlines in December after setting national records at a meet in Ohio, has been heavily split.

One of her teammates, fellow Penn senior Andie Myers last week sported a face mask with a transgender pride flag to show her support of Thomas.

“I want everyone at this meet to know that I support her,” Myers told ESPN. “She’s worked for all of this and she’s given up so much to transition and to be authentically herself. I think it’s really important and I think it’s really brave what she’s doing today.”

Earlier this month, 16 Penn swimmers in an unsigned letter said they had “lost competitive opportunities” because of Thomas, who they alleged holds an “unfair advantage” because she went through male puberty.

Days before, other teammates of Thomas said she had their “full support” after another swimmer on the team criticized the university’s decision to let Thomas swim on the women’s team while speaking anonymously to Fox News.

WE NEED TO DEFINE WHEN A PANDEMIC BECOMES ENDEMIC