When most Americans mention the “holiday season,” they’re typically referring to the period of time encompassing Thanksgiving, Christmas and New Year’s Day. But there is a huge population of Asian Americans, and Asians around the world, who have perhaps an even more important reason to celebrate a different holiday season in February: Lunar New Year.

Celebrated by cultures around the world, Lunar New Year marks the first new moon of the lunisolar calendars traditional to many East Asian countries such as China, South Korea and Vietnam — all of which are regulated by the cycles of the sun and moon. In China, the celebration is kicked off on the first day of the Chinese New Year — which begins on the new moon that occurs between Jan. 21 and Feb. 20 — and lasts for 15 days before culminating in a Lantern Festival. Here in the United States, Lunar New Year celebrations can consist of traditions such as the passing out of red paper envelopes containing money or candy, dragon dances through metropolitan Chinatowns and plenty of food.

This year’s Lunar New Year celebrations looked different for a number of reasons. Lydia Chang, daughter and business partner of Chinese chefs Peter and Lisa Chang of restaurants such as Mama Chang near Washington, D.C., and NiHao in Baltimore, tells Changing America that this would typically be a special time for her to spend time with her grandmother in Wuhan.

“We either have my grandma coming to visit us or I’ll go back to visit her,” says Chang. “You know, she’s the oldest in the family and we want to make sure that every chance we get we celebrate the holidays together … I really hope for safety for those like my grandma, who is extremely vulnerable not only because of this pandemic but with everything that’s happening right now, you know, they’re not in a position to protect themselves.”

For Chang, the events of the past year have been extremely personal. She and her family are originally from Wuhan, where her grandmother still lives today. Along with wishing for health and prosperity for her loved ones during Lunar New Year, Chang was also praying for the safety of all Asian elders in this country amid the major rise in the attacks on and discrimination against Asian Americans.

An 84-year-old man from Thailand died in late January after being attacked on his morning walk in San Francisco. Days later, a 91-year-old Asian man was violently shoved to the ground in Oakland’s Chinatown. Last week, a 64-year-old woman was robbed outside a Vietnamese market in San Jose, Calif. And a 61-year-old Filipino man was slashed in the face last week on the New York City subway.

Chang tells us that she and her family have felt fear this past year as well, as fellow restaurant owners have shared stories with them about racially motivated break-ins that have occurred in Asian-owned establishments throughout the country. Chang says that they always felt saddened by the news, but they thought perhaps their location in Washington, D.C., meant they would be safe from similar harm, until their restaurant in Bethesda, Md., was broken into this December. 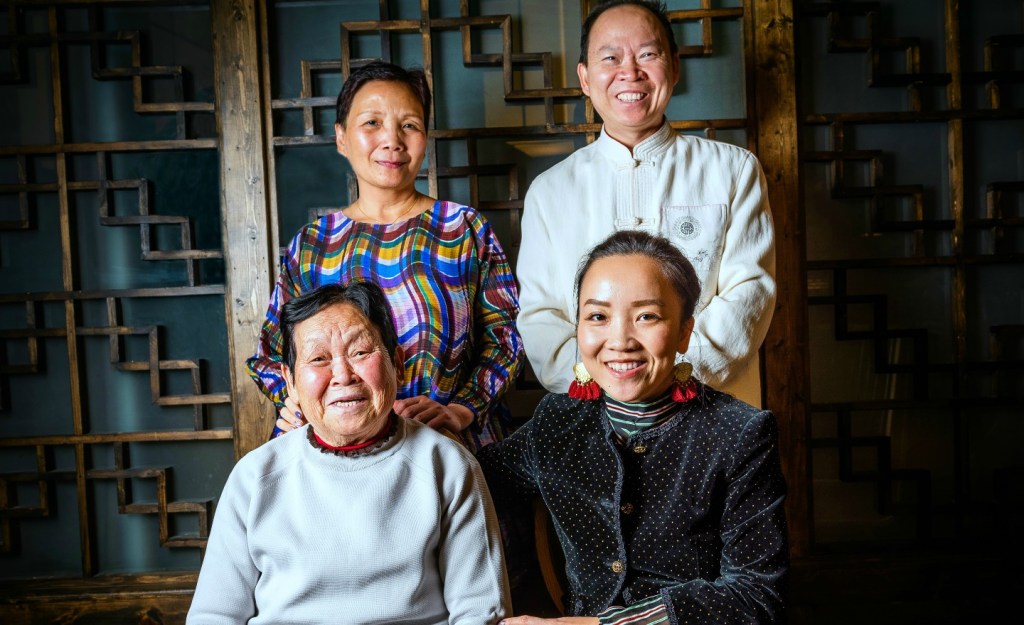 “Seeing things like this makes us question: ‘really, are we safe anywhere?’” says Chang.

A rise in targeted hate crimes

Rights groups across the country have noticed a pattern of targeted hate against Asian Americans since the beginning of the coronavirus early last year, and data released last week confirmed their fears that the number of racist and xenophobic incidents have indeed skyrocketed.

One group called Stop AAPI (Asian American Pacific Islander) Hate began collecting reports of these racist and discriminatory acts against Asian Americans on March 19, 2020. From that date until the end of the year, the organization received a shocking number of firsthand reports of anti-Asian hate across 47 states and Washington, D.C. — more than 2,800 of them.

According to the recently released data, the majority of those incidents were cases of verbal harassment, while shunning or avoidance made up about 21 percent. About 9 percent of the incidents involved physical assaults, and 6 percent included being purposely coughed or spit on.

Indeed, a report published Wednesday by the Asian American Bar Association of New York noted that from Jan. 1 to Nov. 1, 2020, the New York Police Department saw an eightfold increase in reported anti-Asian hate crimes compared to the same period in 2019.

“Once [the coronavirus] came to New York City, which was the epicenter of the national crisis and the first one to go through all of this, we were the canary in the coal mine of the future pain and suffering that our entire nation would soon and later come to experience,” New York Rep. Grace Meng said at a news conference last Thursday.

Some experts are also saying that the data on incidents of anti-Asian bigotry grossly underestimates the true scale of the issue.

Steps in the right direction

Following the recent attacks in metropolitan areas, local authorities and even President Biden are beginning to take an official stand against the spike in harmful behavior. In Northern California, Alameda County’s district attorney announced that her office is in the process of creating a special response unit focused on crimes against Asians, and the New York Police Department announced a similar one last August.

“It is up to all of us — businesses, the government, and community partners — to come together and immediately support victims and families affected by these incidents, and work together to create long-lasting solutions that empower our communities with resources, support and education,” the co-founders of Stop AAPI Hate said in a statement.

Communities banding together for safety and support

Chang tells us that part of what makes these incidents so sad during the celebration of Lunar New Year is what the holiday represents, and who it is celebrated by.

“Lunar New Year is celebrated not only in the Chinese culture but all throughout Asia. Koreans, the Japanese, and in Southeast Asian countries like Singapore, Thailand and Vietnam, people celebrate the Lunar New Year. This is really the holiday that brings everyone together,” says Chang.

Oakland, Calif., local Jacob Azevedo was similarly saddened by the recent attacks he had seen on Asian elders in his community. Moved to action, Azevedo put out an offer on social media to walk with anyone in Oakland’s Chinatown neighborhood if it might help them feel safer.

Azevedo’s selfless act quickly caught the attention of others, and before long he had a list of nearly 300 volunteers who had reached out wanting to help as well. The overwhelming response he received led Azevado to establish Compassion in Oakland, a volunteer organization that promotes safety and community in their neighborhood, according to the group’s Instagram.

Azevedo, who is of Hispanic descent, told CNN that he believes this is a moment for all minority groups to stand in solidarity with the Asian American community, adding that people from all racial backgrounds and ages reached out to him sharing the same desire to help support the community.

“This is important because this community just needs healing,” Azevedo said. “All of us need to come together if we hope to make this a safer community for the years to come.”

Those interested in requesting a chaperone or volunteering with Compassion in Oakland can learn more on their website.

THE LATEST ON THE CORONAVIRUS

TRUMP WAS MUCH SICKER WITH COVID-19 THAN PREVIOUSLY THOUGHT, REPORT SAYS

IS IT DANGEROUS OR SMART TO GET TWO DIFFERENT COVID-19 VACCINES?