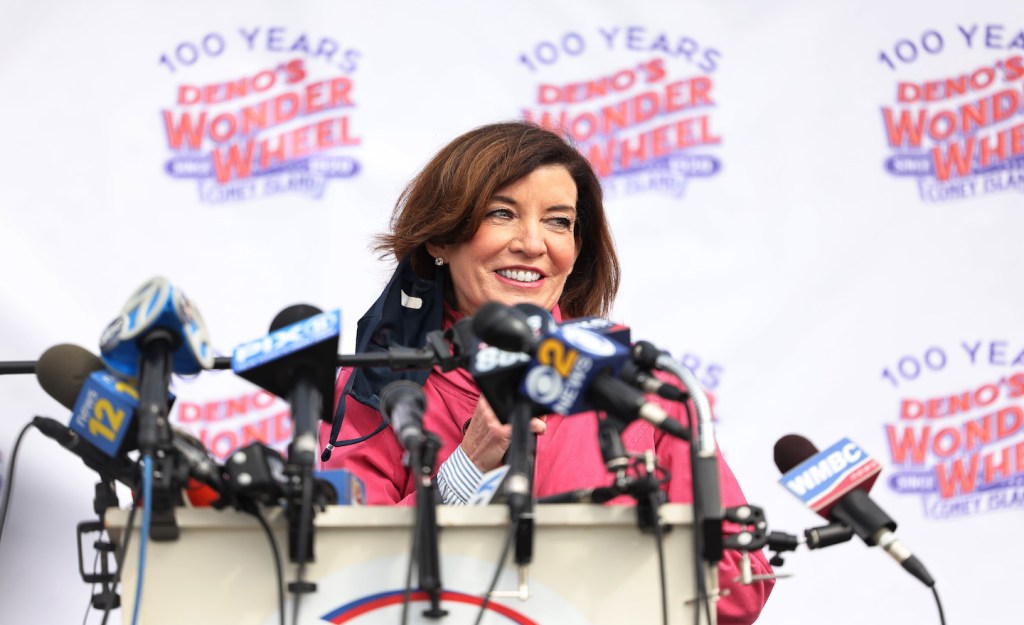 Cuomo’s resignation comes following months of harassment allegations and the release of an explosive report on the allegations, conducted by the New York Office of the Attorney General.

In recent days, President Biden had urged Cuomo to step down and those in his orbit, such as Time’s Up leader Roberta Kaplan, have also resigned.

Hochul, a 62-year-old Democrat who has also served in the past as a member of Congress for Buffalo, is officially the state’s 57th governor. She took to social media following the announcement to comment on the resignation and her appointment.

“I agree with Governor Cuomo’s decision to step down. It is the right thing to do and in the best interest of New Yorkers,” Hochul tweeted. “As someone who has served at all levels of government and is next in the line of succession, I am prepared to lead as New York State’s 57th Governor.”

TIME’S UP LEADER RESIGNS OVER TIES TO ANDREW CUOMO

THE 10 MOST EXPLOSIVE DETAILS FROM THE CUOMO SEXUAL HARASSMENT REPORT