A new report finds the federal government has been targeting Black Lives Matter (BLM) protesters in an effort to stop the movement after it swept the nation and the world in the wake of George Floyd’s death. 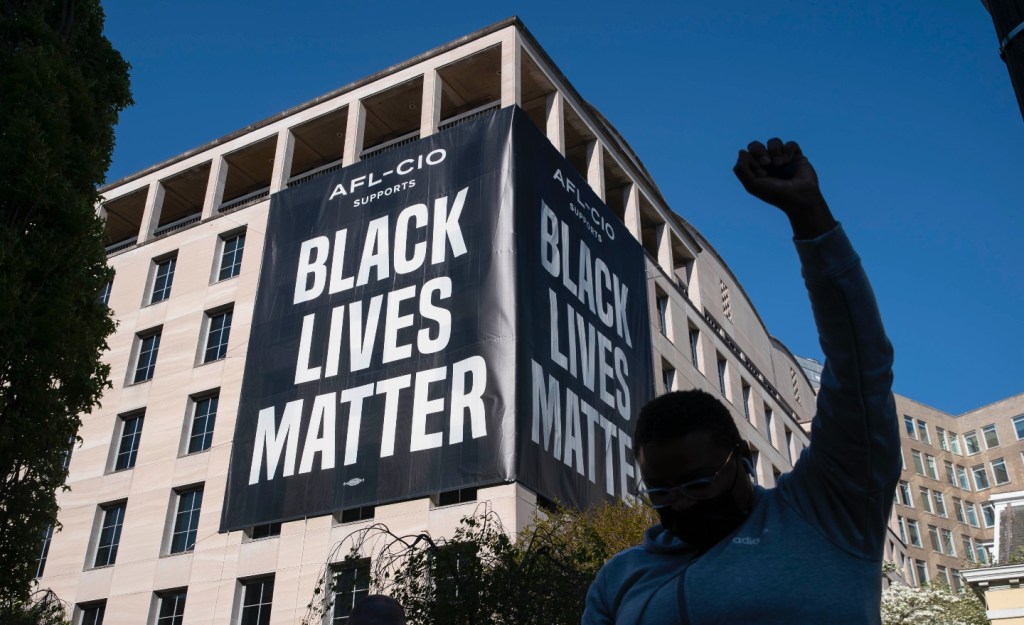 The report, first released by The Associated Press (AP), was conducted in partnership with the Movement for Black Lives and Creating Law Enforcement Accountability & Responsibility clinic (CLEAR) at City University of New York School of Law.

Whether or not protesters did commit any crimes, the report signifies that the highest offices in the federal government used criminal prosecution tactics to disrupt and discourage protesters from expressing themselves, the AP reported.

“Much of the drive to use federal charges against protesters stemmed from top-down directives from former President Donald J. Trump and Attorney General William Barr,” the report says. “These directives, meant to disrupt the movement, were the primary reason for the unprecedented federalization of protest-related prosecutions seen in 2020.”

Throughout, the Department of Justice (DOJ) continually conveyed a false and heightened image of protesters and scapegoated local enforcement to justify its actions, according to the report.

The report says that in these directives and in statements about the protests, the DOJ “painted an image of protesters as ‘violent radicals,’” and “the government justified the expanded use of its authority and deployment of federal enforcement due to what it claimed was local and state leaders’ ‘abdication of their law enforcement responsibilities in deference to this violent assault.’”

Both movement leaders and legal experts alike have said over the past year the federal government has used surveillance tactics and other mechanisms that are rooted in racism to target BLM protesters.

“The empirical data and findings in this report largely corroborate what Black organizers have long known intellectually, intuitively, and from lived experience about the federal government’s disparate policing and prosecution of racial justice protests and related activity,” the report stated.

In nearly 93 percent of the hundreds of federal criminal cases, there were similar state-level charges that could have been brought against defendants.

The report says these findings highlight “the government’s aggressive assertion of federal jurisdiction and its naked attempts at disrupting the movement to defend Black lives.”

“We want to really show how the US government has continued to persecute the Black movement by surveillance, by criminalizing protests, and by using the criminal legal system to prevent people from protesting and punishing them for being engaged in protests by attempting to curtail their first amendment rights,” said Amara Enyia, the Movement for Black Lives’ policy research coordinator.

Race data was available for 89 of the defendants, or 27 percent, according to the report.

Making up most of the protest-related charges were people from Portland, Oregon, at 29 percent. Chicago, Las Vegas, Washington, D.C., and Minneapolis follow as the next highest places.

IN HISTORIC MOVE, JAMAICA WILL DEMAND REPARATIONS FROM BRITAIN OVER SLAVERY

IN BOMBSHELL INTERVIEW, OBAMA SAYS SOME MEDIA ‘STOKING THE FEAR AND RESENTMENT’ OF WHITE AMERICA