As Florida’s Senate on Tuesday passed controversial legislation that would ban educators from discussing certain LGBTQ+ topics in schools, the Walt Disney Company sent an internal memo addressing concerns by employees over its lack of public comment on the “Don’t Say Gay” bill. 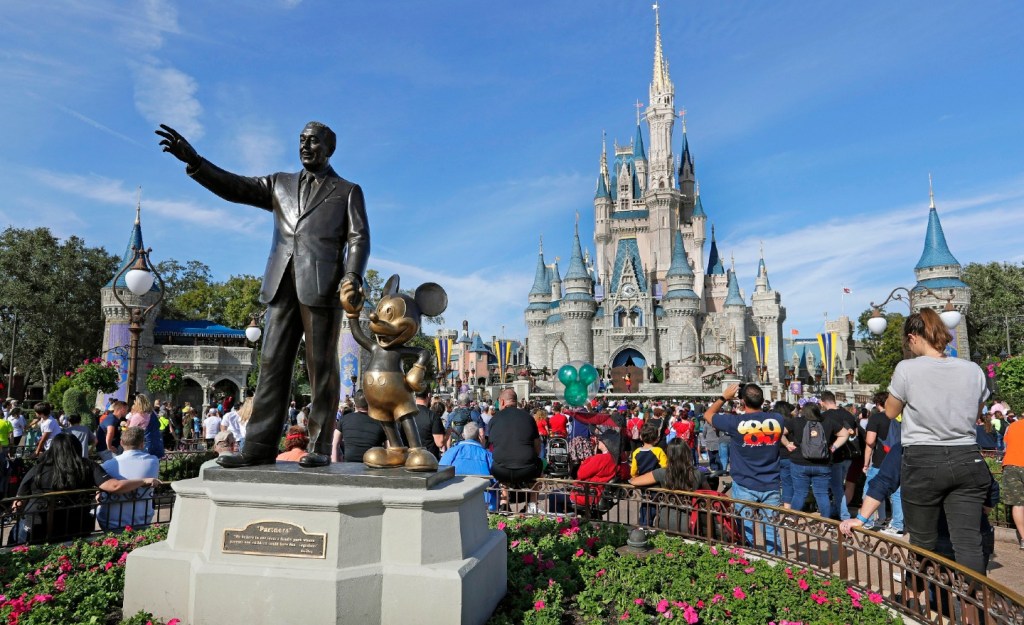 Disney hasn’t issued any public statements regarding what is officially known as the Parental Rights in Education bill, which would ban Florida educators from speaking to primary school students about certain LGBTQ+ subjects that aren’t considered “age-appropriate or developmentally appropriate for students.”

The measure is now headed to Gov. Ron DeSantis’s (R) desk, where it’s expected to be signed into law.

Disney has a massive presence in Florida, employing tens of thousands of people at its Walt Disney World Resort in Orlando, and last year it said it was moving an additional 2,000 jobs from its Southern California properties to Florida.

CEO Bob Chapek met with a small group of LGBTQ+ Disney leaders for a conversation in which they expressed “disappointment” at the company’s lack of a public statement, according to the Los Angeles Times, which obtained a copy of the memo. Following the meeting, Chapek did not commit to taking an aggressive stance opposing the bill.

In a company-wide memo he said that Disney’s social positions “do very little to change outcomes or minds” and instead are “often weaponized by one side or the other to further divide and inflame.”

According to the Times, Chapek said, “Simply put, they can be counterproductive and undermine more effective ways to achieve change,” referring to Disney’s movies and shows and its philanthropic support of LGBTQ+ organizations.

Chapek also addressed internal concerns over Disney’s political contributions in Florida by saying Geoff Morrell, its new chief corporate affairs officer, would be “reassessing our advocacy strategies around the world- including political giving.”

Some were not satisfied with Chapek’s memo. Dana Terrace, creator of animated series “The Owl House,” posted a video response on Twitter which noted that the company has made political donations to many of the cosponsors of the Don’t Say Gay bill.

“Basically, telling us in summary, Disney as a company is not going to change doing any of this, we’re not going to not give money to these people, but here are bunch of flowery and compassionate words to shut you up,” Terrace said.

Terrace said that she herself had a hard time coming to terms with her queerness because of similar political movements.

Under then-CEO Bob Iger in 2016, Disney threatened to boycott the state of Georgia when it was poised to sign a law that would allow faith-based organizations to refuse services that violated religious beliefs.

Chapek assumed the role as Disney’s CEO in February 2020 and appears to be taking a softer approach to such controversial topics.

“I firmly believe that our ability to tell such stories — and have them received with open eyes, ears, and hearts — would be diminished if our company were to become a political football in any debate,” he said.