Honolulu officials are moving forward with plans to dismantle the steps of an illegal tourist attraction that draws thousands of visitors each year. 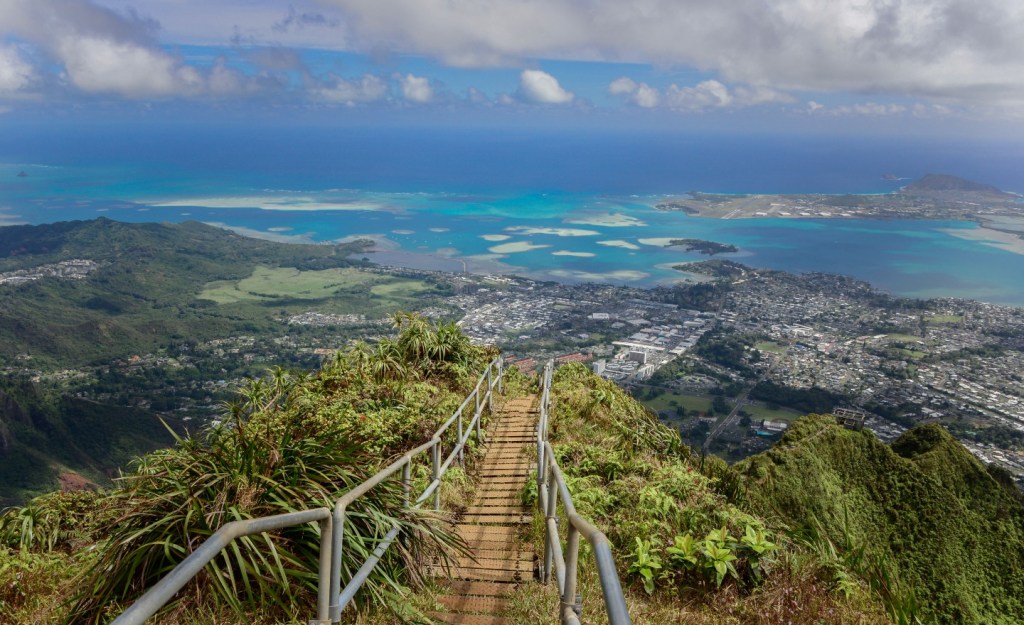 The Honolulu City Council last Wednesday voted unanimously to remove the Haiku Stairs — or “Stairway to Heaven” — located in the town of Kaneohe on the island of Oahu.

The steel structure made up of nearly 4,000 steps spans along Oahu’s Ko’olau mountain range. It was built by the U.S. Navy in the 1940s to access communications facilities.

Access to the public was cut off in the 1980s due to vandalism and liability concerns.

But the beautiful views and scenery characteristic of the island still attract roughly 4,000 thrill seekers each year, and officials say the number of trespassers has increased with the prevalence of social media.

Police in May cited 93 people arrested six for sneaking onto the trail over a 10-day period, according to The Associated Press. From August 2017 to March 2020, police patrolling the area turned away more than 11,400 people trying to access the stairs.

The approved resolution is an attempt to “stop trespassing, reduce disturbances to local neighborhoods, increase public safety, remove potential liability to the city, and protect the environment.”

“Due to rampant illegal trespassing, Haiku Stairs is a significant liability and expense for the city, and impacts the quality of life for nearby residents,” councilmember Ester Kiaaina said, according to Hawaii News Now.

The city has set aside $1 million to do away with the narrow hiking trail, and Honolulu Mayor Rick Blangiardi will ultimately decide whether the site is destroyed.

FOR THE FIRST TIME IN 3,000 YEARS, TASMANIAN DEVILS HAVE BEEN BORN ON AUSTRALIAN MAINLAND