The second largest reservoir in the U.S, Lake Powell, is enduring its lowest water levels since its creation in the 1960s. Data shows the current water level, or pool elevation, sits at 3,554 feet. 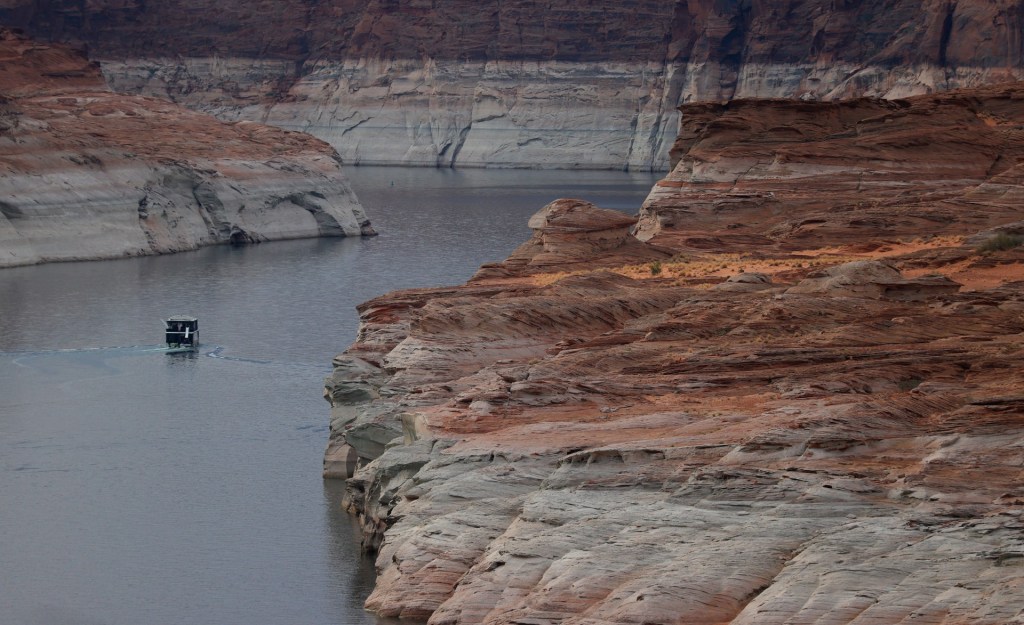 Simultaneously, Lake Mead, the largest reservoir in the country, is also seeing record low drops in its water levels. Lake Mead’s current pool elevation is at a lower 1,067 feet. Both bodies of water are located along the Colorado River, with Lake Mead further West in Nevada and Lake Powell being on the Arizona-Utah border.

The Colorado River itself has been suffering under the same heat and is struggling to fill Lakes Mead and Powell as well as support communities who depend upon it for a water supply. Additionally, both sites attract millions of visitors each year, which help fuel jobs in the nearby regions.

Experts attribute this to the long-running drought conditions plaguing the West, with dry and arid conditions exacerbating wildfires and low snowpack volumes.

The sinking water levels at these two sites outline concerns for the durability of the U.S.’s water supply as temperatures continue to rise.

“I’m very alarmed,” said Tanya Trujillo, assistant secretary for water and science at the U.S. Interior Department, per KPBS. “It’s not only focused on hydropower concerns, we’re concerned operationally in general. We’re acting in coordination with the states about these decisions.”

This comes as the National Oceanic and Atmospheric Administration revealed that June 2021 was the hottest June in more than a century, with an average countrywide temperature of 72.6 degrees Fahrenheit.