The controversy over wildlife killing contests

“Do you think you have what it takes to win the highest paying hunting contest in the country? Then put your money where your mouth is, and enter the West Texas Big Bobcat Contest.”

The tagline of the West Texas Big Bobcat Contest, this call to action refers to only one of more than 600 wildlife killing contests in the state of Texas.

These privately organized events involve a growing number of participants competing for prizes, whether in the form of cash or hunting equipment, by either killing the most animals or the largest ones within a specified time period. Depending on the rules of the contest, competitors target predator species, such as bobcats, coyotes, pumas and foxes.

Richard contributes her thoughts on the contests to a newly launched documentary by National Geographic wildlife videographer Filipe DeAndrade and his production company, Comfort Theory. DeAndrade’s film, simply titled “Wildlife Killing Contests,” attempts to shed light on what many experts consider to be an unjust practice. Viewers are brought into the makeshift natural arenas that represent the boundaries of these contests, as participants attempt to rack up as many kills as possible. DeAndrade tells us that he visited many of these contests himself for a first hand look. 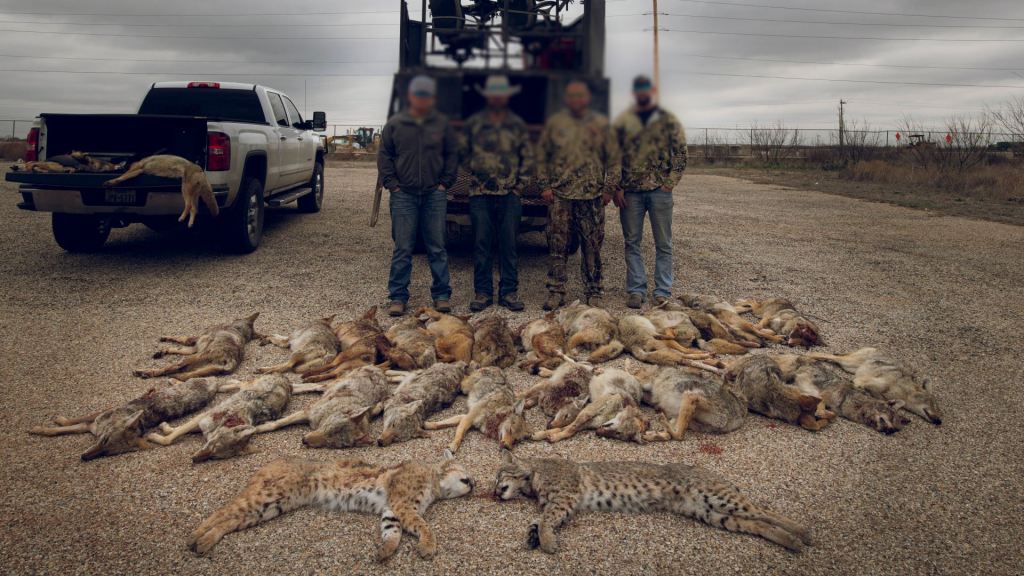 “In the U.S., they’ve been happening for, that we know of, at least between 20 and 30 years. At first it was mostly happening in western states, where livestock was more prevalent in agriculture, but it’s really picked up as of the last five or 10 years,” said DeAndrade.

The roots of hunting competitions

Many of the hunting competition participants, including those interviewed in DeAndrade’s short film, claim that the culling of predators helps with wildlife management and protects livestock on nearby farms and ranches.

“For me it’s hard to explain to somebody who absolutely hates it, but like I know that in my heart what I’m doing is for a good cause,” said a regular contest participant featured in the film who chooses to remain unnamed.

Scientific evidence has yet to be presented in favor of these claims, and studies cited by Texas Parks & Wildlife (TPWD) show that general predator removal applied randomly with no specific management objective is not actually an effective way to control predators or reduce livestock predation.

“Such haphazard removal of individuals can have unintended consequences such as disrupting population age and social structure, as well as increasing litter sizes of certain targeted predators,” according to the TPWD statement.

A single contest can result in more than 1,000 animal deaths within the span of a single night, and a lack of fair chase principles mean that the predators being stalked for slaughter can be lured by distress calls and the promise of food. It is estimated that in the U.S. alone, more than half a million coyotes are killed by humans each year — about one per minute.

“It’s so much easier to kill predators than it is to kill anything else,” said DeAndrade, “because all they do is just call them in. They use the techniques, like playing the sound of another dying animal, which obviously triggers a predatory response. It means that they’re not even ‘hunting’, they’re just calling these animals in and shooting them. So, it’s a lot easier to kill something that way than it is to do a proper tracking and hunt. Then, by targeting public lands where animals have or should have protection, you’re obviously going to have more predators to do that with.”

Perhaps a better case is made for contests with a concentration on nonfurred invasive species, such as a recent killing contest in eastern Texas that eliminated 350 feral hogs from the area. There are more than 3 million feral hogs in the state, and the invasive species is responsible for more than $90 million in crop damage as well as $25 million in predation and disease issues associated with livestock. It has been estimated that just one wild pig can significantly disturb about 6.5 square feet of soil in just one minute, which can increase soil erosion rates and have detrimental effects to sensitive ecological areas and critical habitats for species of concern.

In the case of endemic species predator hunting, both wildlife biologists and scientific studies agree that that isn’t an effective way to control predators.

“Coyote killing contests as a measure of predator control actually does not work,” said Richard. “Especially, in particular, for this species, wiping them out actually has the opposite effect, and we will experience an overrun of the population. That will have devastating consequences.”

Damaging to the reputation of ethical hunters?

Lately, an increasing number of state wildlife management agencies and commissions are beginning to acknowledge that killing contests have the potential to cast a large shadow on the reputation of ethical hunters.

“Coyote hunting contests are not only ineffective at controlling coyote populations, but these kinds of competitive coyote hunts are raising concerns on the part of the public and could possibly jeopardize the future of hunting and affect access to private lands for all hunters,” The Vermont Fish & Wildlife Department said in a statement. 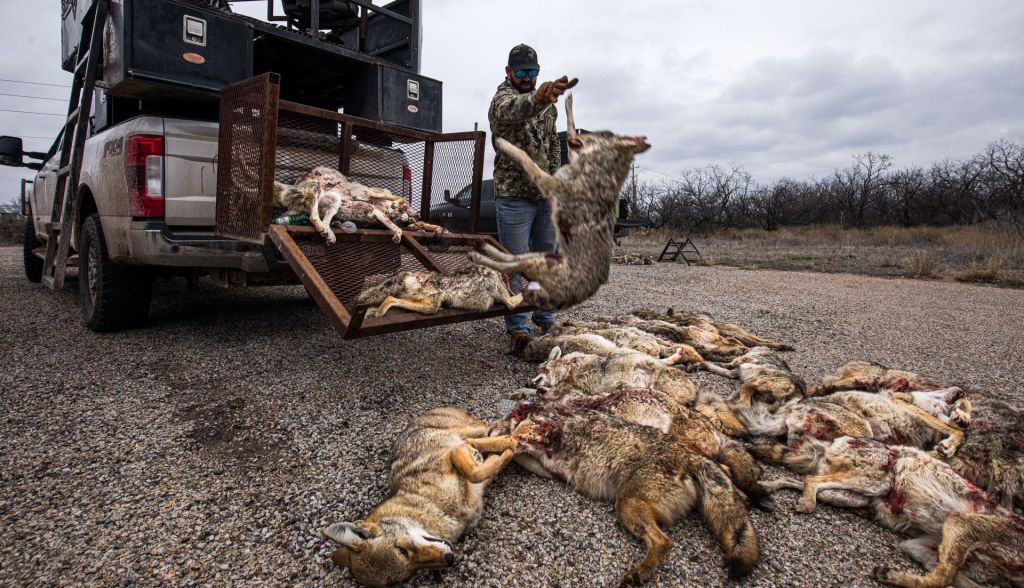 “It jeopardizes hunting, the hunting industry, and all wildlife-related issues,” Langford said.

Multiple authorities within state Game and Fish commissions have come out to denounce the practice, pointing out that that these contests, which rarely bring in new hunters and are practiced by a small subset of the hunting community, reflect on the overall community and have the potential to threaten hunting as a legitimate wildlife management function.

“Awarding prizes for wildlife killing contests is both unethical and inconsistent with our current understanding of natural systems,” said Michael Sutton, former president of the California Fish and Game Commission — a body that promulgates hunting regulations. “Such contests are an anachronism and have no place in modern wildlife management.”

As pointed out in a piece by the Yale School of Environment, it is rare to see agreement between the Humane Society of the United States (HSUS) and the Boone and Crockett Club, which advocates for “the ethical, sportsmanlike, and lawful pursuit” of big game. Despite this, Mark Streissguth of Boone and Crockett replied, “They got at least this part right,” to HSUS’s identification of wildlife killing contests as “grisly spectacles that are about as far as one can get from ethical, fair-chase hunting.”

In 2014, California became the first state to institute a ban on killing contests. Since then, Arizona, Colorado, Massachusetts, New Mexico and Vermont have all joined in outlawing killing contests for coyotes, foxes, bobcats and other species, and several other states are now considering similar action.

Washington became the seventh state to ban the contests as of last September. The ban, put forth by the Washington Department of Fish and Wildlife, prohibits wildlife killing contests involving any species that could be killed in unlimited numbers, or without a “bag limit,” including coyotes.

“The decision to ban these cruel killing sprees is a vital step in promoting scientific management of the state’s native wildlife and aligning our laws with the values of the majority of the people of Washington,” said Sophia Ressler, Washington wildlife advocate and staff attorney at the Center for Biological Diversity.

In Nevada, opposers of such contests have remained in a yearslong battle to have them banned, starting in 2015 when the state wildlife commission considered a public petition to ban the contests, but ultimately dismissed the petition as incomplete. Now, at the end of a recent two-day hearing, the state Wildlife Commission voted five-to-four to take up a proposal to ban wildlife killing contests at a later date — most likely this summer.