Woman punches crocodile to save her twin sister

A British woman has been placed in a medically induced coma after being attacked by a crocodile in Mexico. 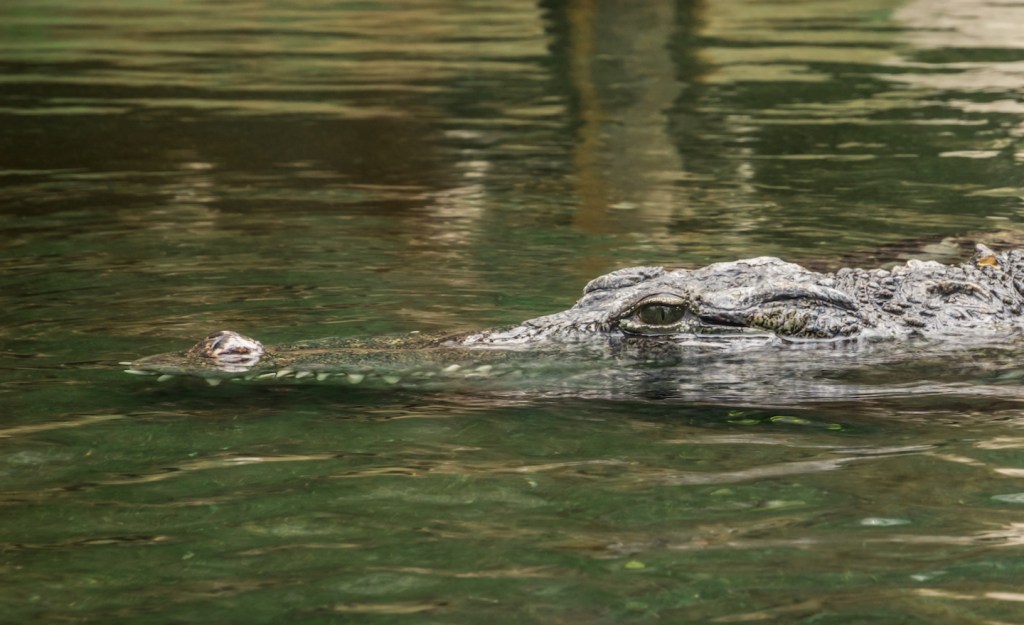 Twin sisters Melissa and Georgia Laurie, 28, were with a tour group swimming in Mexico’s Manialtepec Lagoon when Melissa was attacked.

Georgia dove underwater to find her sister, locating her floating face down. She grabbed her sister and began to swim back toward the tour boat when the crocodile returned and attacked both sisters. Georgia was able to punch the crocodile, stunning it as she continued to drag Melissa back to the boat.

Both sisters are being treated in a Mexican hospital. Georgia suffered injuries to her hands, and Melissa has been placed in a medically induced coma.

FOR THE FIRST TIME IN 3,000 YEARS, TASMANIAN DEVILS HAVE BEEN BORN ON AUSTRALIAN MAINLAND

Their mother, Sue Laurie, told the Daily Mail that Melissa “has water on her lungs and she has been coughing up blood. So we don’t know if she has a punctured lung or not.”

Their father, Sean Laurie, said the women were in the midst of a night swimming tour of the lagoon’s bioluminescent waters when Georgia heard Melissa cry out.

“She called for her but she didn’t reply. She could hear other members of the tour group but not did not hear anything from her sister,” he said. “So she went under looking for her. She was very brave.”

The Manialtepec Lagoon is known for its diverse ecosystem and bioluminescent water, with many visitors taking night tours to witness the glowing waters. However, visitors are to be warned that crocodiles reaching lengths of 10 feet can live in the lagoon.

“The girls asked specifically if it was safe to go swimming,” their father said, “and the guide had said it was.”

The twins’ sister Hana said that the family found out the tour guide that brought them had been unregistered, though the guide hasn’t been named and this has not been confirmed by the authorities.

“He’s gone to where the crocodiles live and not the location where all legal certified sanctioned tours take place,” she said. “He has been called out locally before, apparently, but that wasn’t for my sisters to know. They found out the information through their hospital.”

A spokesperson for the Foreign, Commonwealth and Development Office said, “We are supporting the family of two British women who are in hospital in Mexico, and are in contact with the local authorities.”

RARE ANIMAL PHOTOGRAPHED ALIVE FOR THE FIRST TIME IN THE WILD

WORLD’S RAREST GREAT APE IS ON THE BRINK OF EXTINCTION

THE CONTROVERSY OVER WILDLIFE KILLING CONTESTS