One of worst wildfires in Arizona history is still growing

Arizona firefighters are working around the clock to contain a wildfire that has already become the 10th-largest in the state’s history.

The Telegraph fire ignited on Friday east of Phoenix and has since burned nearly 85,000 acres, according to officials. While the fire was believed to have been human-caused, its size and strength is being fueled by high temperatures in the 90s and 100s and windy conditions.

Arizona’s drought and high temperatures, similar to those being experienced in other areas such as California, are leading to new ignition points and furthering the spread of the blaze.

IN HISTORIC FIRST, CLIMATE ACTIVISTS ARE NOW ON EXXON’S BOARD

“Even our own fire equipment is starting fires,” said Dean McAlister, a fire information officer. “The blades and the tracks of the [heavy equipment] sparking against the fuels have actually created some fires along the fire line.” 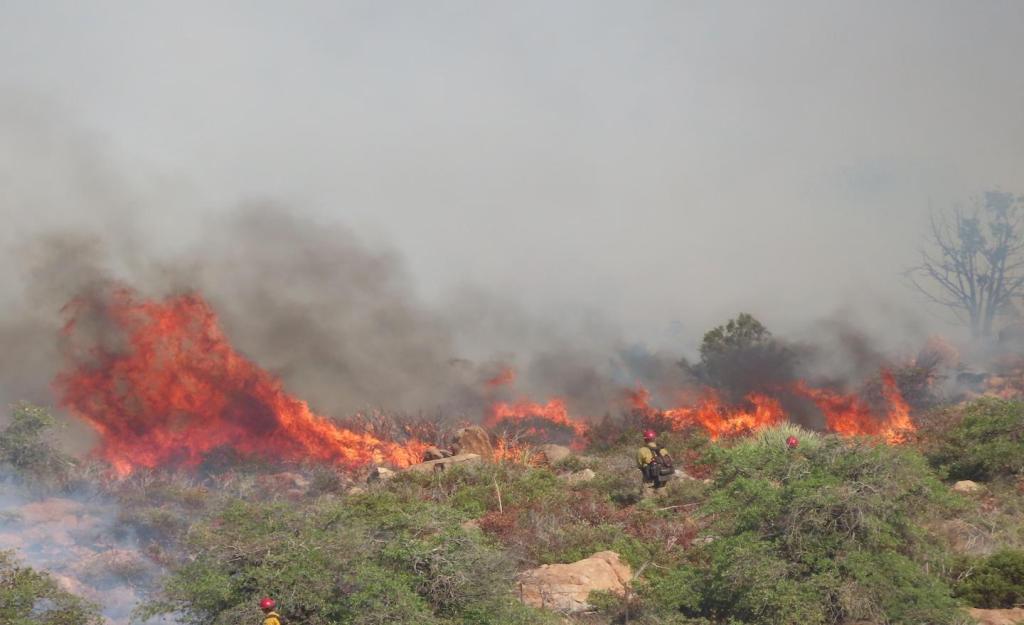 In Gila County, about 2,500 have already been evacuated, the county emergency manager Carl Melford told The Guardian.

“Even with the efforts to protect all values at risk, fire managers confirmed that two residences and three outbuildings were destroyed by the fire,” according to Arizona’s Emergency Information Network.

Of the five properties that were overtaken by the fire, one was the family cabin of Arizona House Speaker Rusty Bowers (R).

On Wednesday, an update reported that 21 percent of the fire had been contained.

“Over the past three years, we’ve had some pretty extreme fire seasons,” said Melford. “We’ve become very familiar with the process, with what it takes to evacuate a community. But this is the largest evacuation to date.”

WESTERN STATES ON VERGE OF WORST DROUGHT IN MODERN HISTORY