Man-sized halibut reeled in in the North Sea

A Scottish fishmonger bought a halibut caught in the North Sea that was the size of an average man. 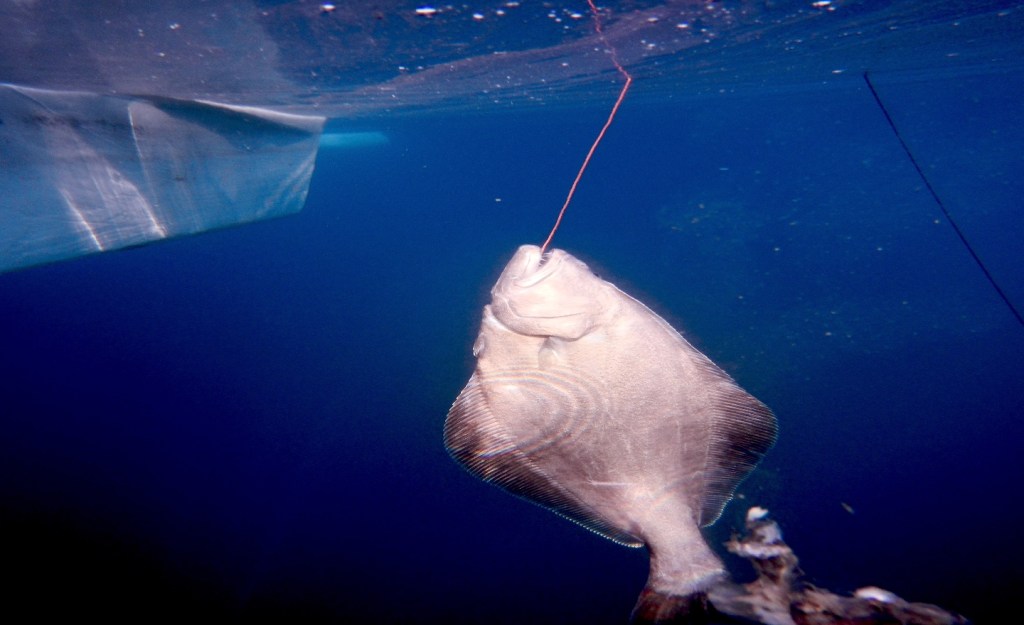 A Halibut is seen on the line of a fisherman on July 23, 2013 in Ilulissat, Greenland. (Photo by Joe Raedle/Getty Images)

With the help of four men, Campbell Mickel brought the nearly 170-pound, 6-foot-long fish into his store, the New York Post reported.

“It’s a beast and it wasn’t cheap that’s for sure,” Mickel said. “It was wrapped up after I bought it and shipped to me on two pallets.”

In the city of Edinburgh, Mickel has his own seafood market and sells filets of fish to nearby restaurants.

“The hardest part was getting it into the shop window on display,” he said. “It took four men to get it up there, it’s not the easiest job in the world lifting the dead weight of 169 lbs. slimy fish. It dwarfed the other halibut next to it.”

“We have filleted it now and started delivering it to our restaurant customers around Edinburgh, so it’s fair to say halibut will be on the menu this week. Everyone is used to small halibut, a regular one weighs between 22-30 lbs., so this is really special,” he added.

While Mickel’s halibut is impressive, Alaskan halibut can grow to be 8 feet long, 5 feet wide and weigh 500 pounds, according to National Oceanic and Atmospheric Administration Fisheries.

“It’s fantastic news for our seas and oceans to see this size come out,” Mickel said. “I’m delighted to see that fish this size can still exist. It’s good news for the oceans and I’m looking forward to seeing more that have had the time to thrive and grow – as this one has.”

‘THEY’RE HEEEREE!’: TRILLIONS OF CICADAS ARE CRAWLING OUT OF THE EARTH AND INVADING SOCIAL MEDIA

TRILLIONS OF CICADAS ARE ABOUT TO SWARM 15 STATES