Big Bend National Park has made headlines after it shared a photo of a small creature with some nightmarish features found in the park that even had one reporter (understandably) deeming it a “land lobster from hell.” 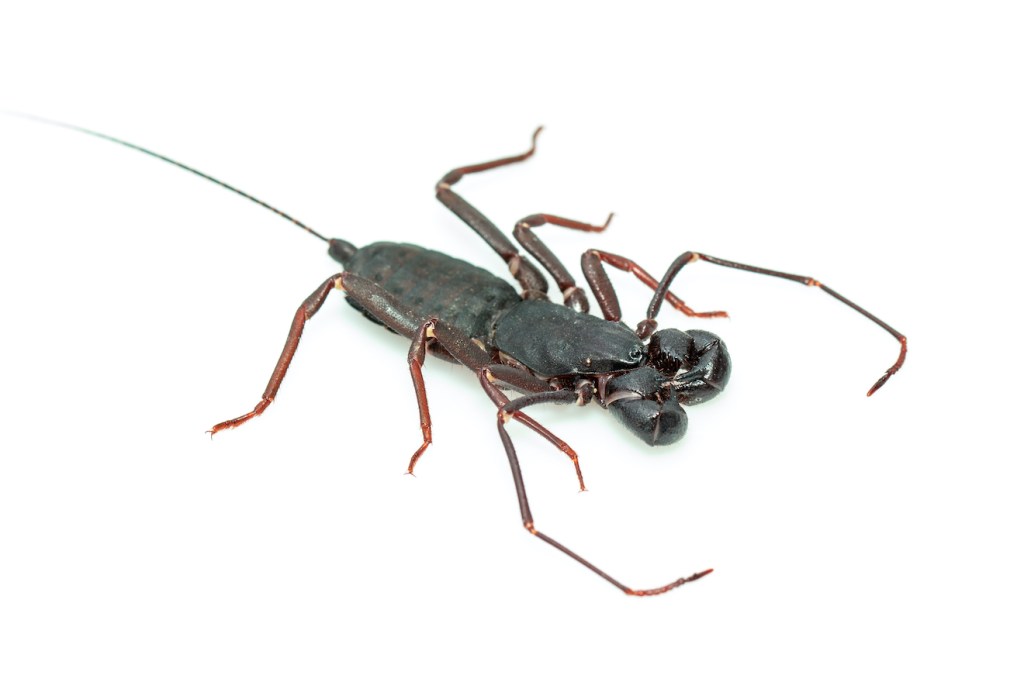 This small, black arachnid isn’t actually a lobster, but a vinegaroon, also known as a whip scorpion.

“Summer rains bring vinegaroons out of their burrows in search of food and love. Vinegaroons are about 3 inches long and relatively benign unless you happen to annoy them,” Big Bend National Park wrote on Facebook. “They can pinch with their heavy mouthparts (pedipalps) and shoot a well-aimed spray of 85% acetic acid (vinegar) from the base of their ‘whip’ to protect themselves.”

Despite its ominous looks, the vinegaroon’s acidic spray is not poisonous and it usually only pinches if threatened, so if left alone, it is relatively harmless.

SHARK SIGHTINGS AND ATTACKS UP AND DOWN THE EAST COAST