Following the success of its inaugural print sale last year, Prints for Wildlife, one of the world’s largest photo fundraisers, returns in 2021 to raise a million dollars in support of local communities and wildlife in some of Africa’s most critical protected areas.

More than 170 photographers have donated wildlife images, which are sold as limited edition prints for $100 a piece, through the online store Prints for Wildlife, and 100 percent of the proceeds — after printing and handling — will go toward supporting conservation nonprofit African Parks. With less than a week to go from the monthlong sale, which ends on Aug. 11, Prints for Wildlife is more than halfway through to meeting its ambitious fundraising target.

“Last year’s incredible success of Prints for Wildlife came as a much needed reminder, that – even in times of crisis – humanity can come together to spread hope and do good for our planet,” said Marion Payr, Austrian travel photographer and co-founder of Prints for Wildlife. “That’s why we decided it’s time to come back and create even more awareness and joy, while COVID-19 is still putting a lot of pressure on Africa’s conservation efforts.”

In a feat that the organizers describe as “one of the most hopeful conservation stories,” the 2020 edition of Prints for Wildlife raised $660,200 for African Parks, which looks after 19 parks spanning 11 countries and 14.7 million hectares — the largest area under conservation by any one NGO on the continent.

According to a recent report by the International Union for Conservation of Nature (IUCN), because of COVID-19, more than half of all protected areas in Africa were forced to stop or scale back field patrols and anti-poaching operations as well as conservation education and outreach. More than 25 percent of park rangers saw their salary cut or delayed, and 1 in 5 lost their employment due to COVID-19-related budget cuts.

“The pandemic has had a dramatic impact on Africa’s tourism industry, depleting a crucial stream of revenue for many protected areas,” said Fran Read, Global Media Manager at African Parks. “African Parks lost 10 percent of its annual budget last year due to the halt in tourism to the parks, with tourism continuing to be hindered as the pandemic persists.”

“The main reason we chose African Parks is their holistic and people-based approach to conservation. They are in it for the long run, with management contracts running for 20 years on average,” said Pie Aerts, Dutch documentary and wildlife photographer and fellow co-founder of Prints for Wildlife. “Their sustainable conservation model makes sure to create safe places that benefit the people in the region, which ultimately creates safe spaces for wildlife as well.”

Supporting local communities in the face of crisis

Last year’s fundraising efforts enabled African Parks to build more than 100 schools, create 752 scholarships and provide health care services to more than 100,000 people in and around the parks. In response to COVID-19, the nonprofit helped install 630 handwashing stations and distribute 65,000 masks and 5,000 liters of soap.

“Throughout the pandemic, every park under our management has remained fully operational and not one of our 3,219 full-time staff, of whom 98 percent are local, lost their job due to COVID-19,” said Read. “This has been profoundly important in ensuring that people have been able to continue to support their families; poaching levels have been kept at a minimum; and the parks have continued to provide a source of security and benefits for people and wildlife.”

The donations have also helped African Parks continue the translocation and local re-establishment of key species threatened with extinction, including elephants and rhinos whose population numbers have declined rapidly over the last decades because of habitat loss and poaching. 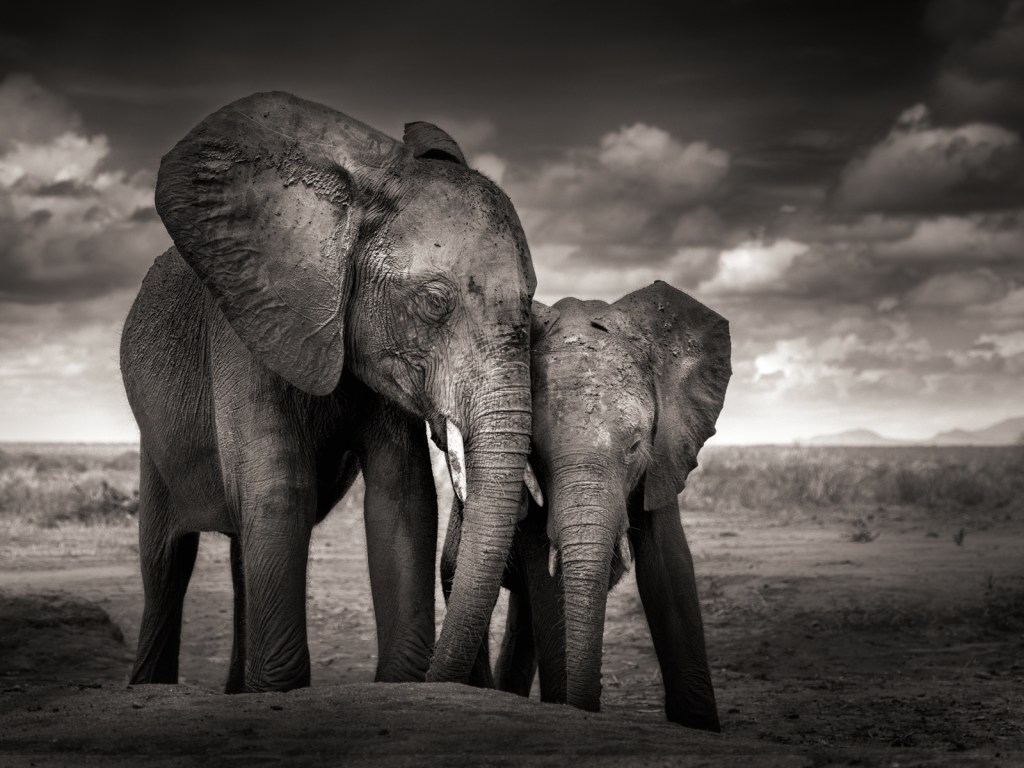 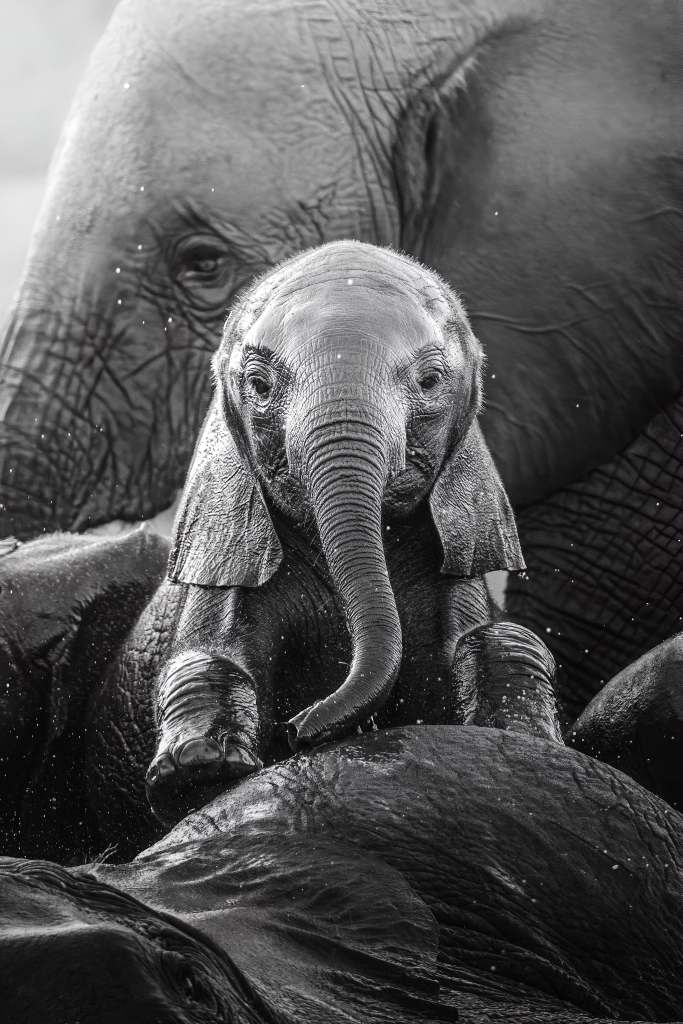 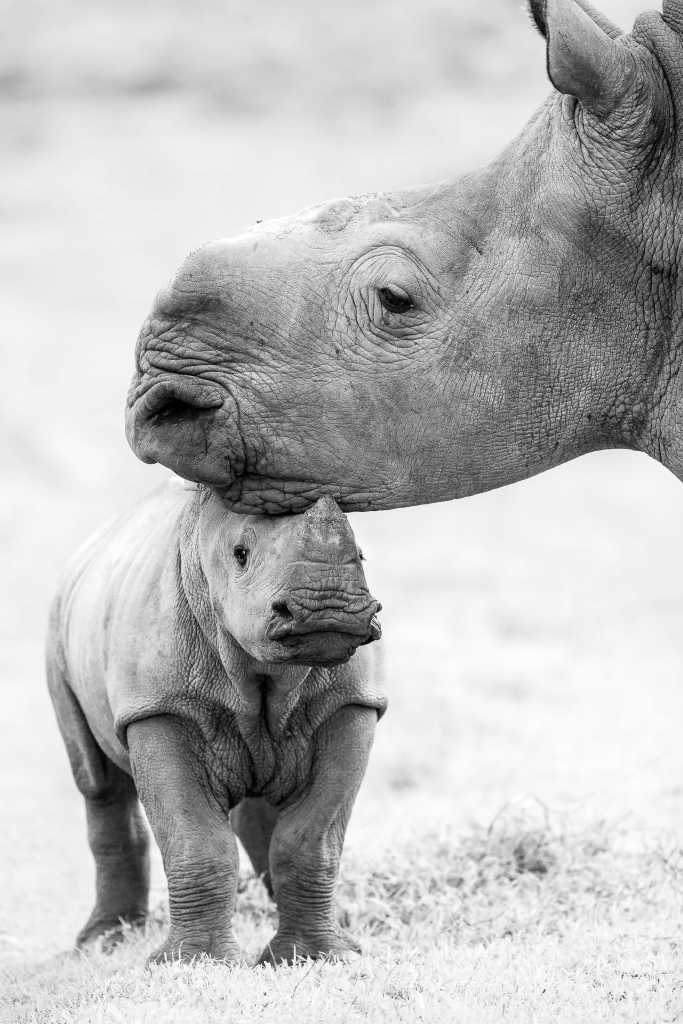 In addition, last year cheetahs were reintroduced to Bangweulu Wetlands in Zambia, and most recently, 14 African wild dogs, one of Africa’s most endangered mammals, were translocated to Liwonde National Park and Majete Wildlife Reserve in Malawi in an attempt to reintroduce the species to the country, added Read.

“We believe that we need to foster a new generation of artists and photographers among the communities that actually live in or around the parks in Africa, as the best stories can be uncovered by local people — so empowering local photographers is a huge contributor to the future of wildlife conservation,” Payr said.

Through an open call for photo contributions in May 2021, Prints for Wildlife selected seven winners, including five female and two African photographers, from more than 1,300 images received. 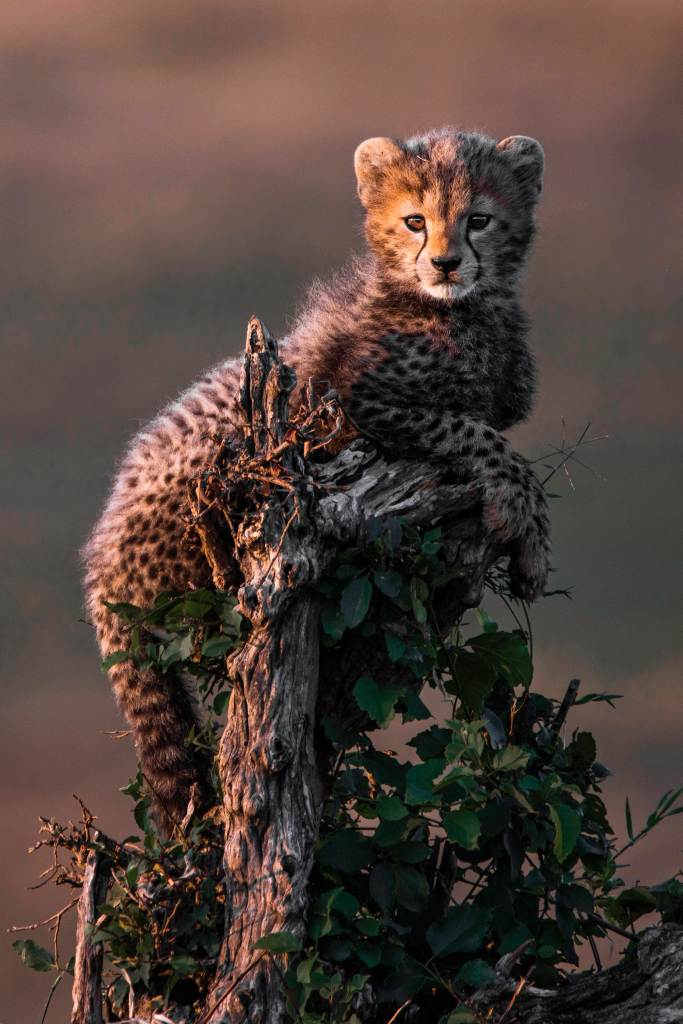 “Since the last fundraiser was held in 2020 and all the incredible work that was done with the funds, I felt that this was the best way to help our local communities who are one of the guardians of parks and wildlife,” said Nili Gudhka, a Kenyan wildlife photographer and one of the winners. 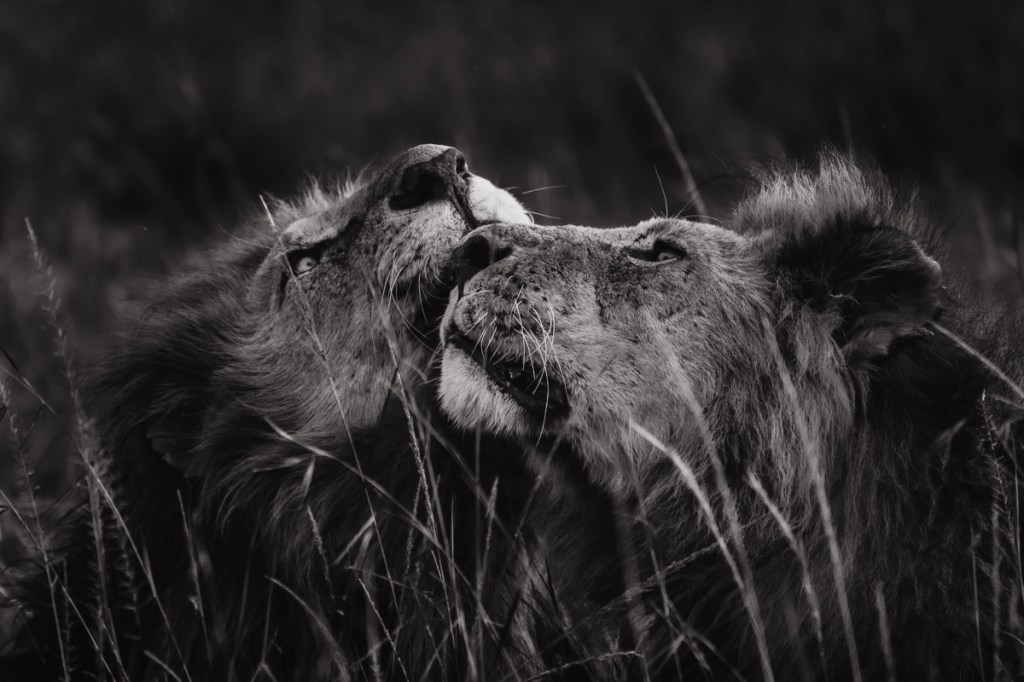 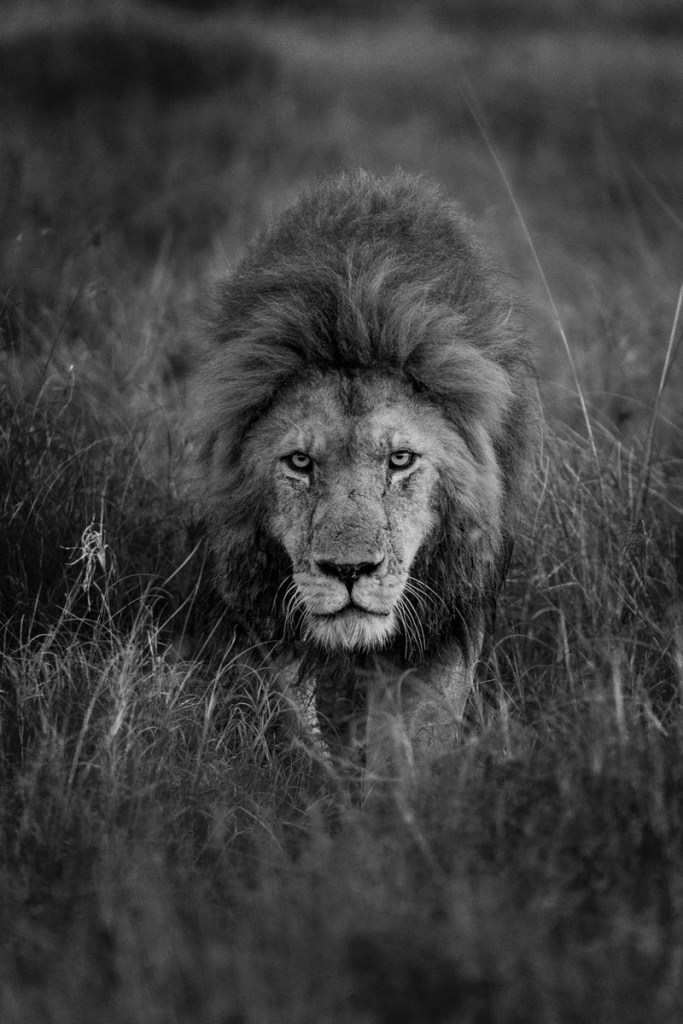 “Another incredible story is the one of our two youngest contributors — siblings Amaya (10 years old) and Aarav Shah (12 years old). They are from Kenya and go on safari with their father Pareet Shah, who is one of our contributing photographers as well,” Payr said. 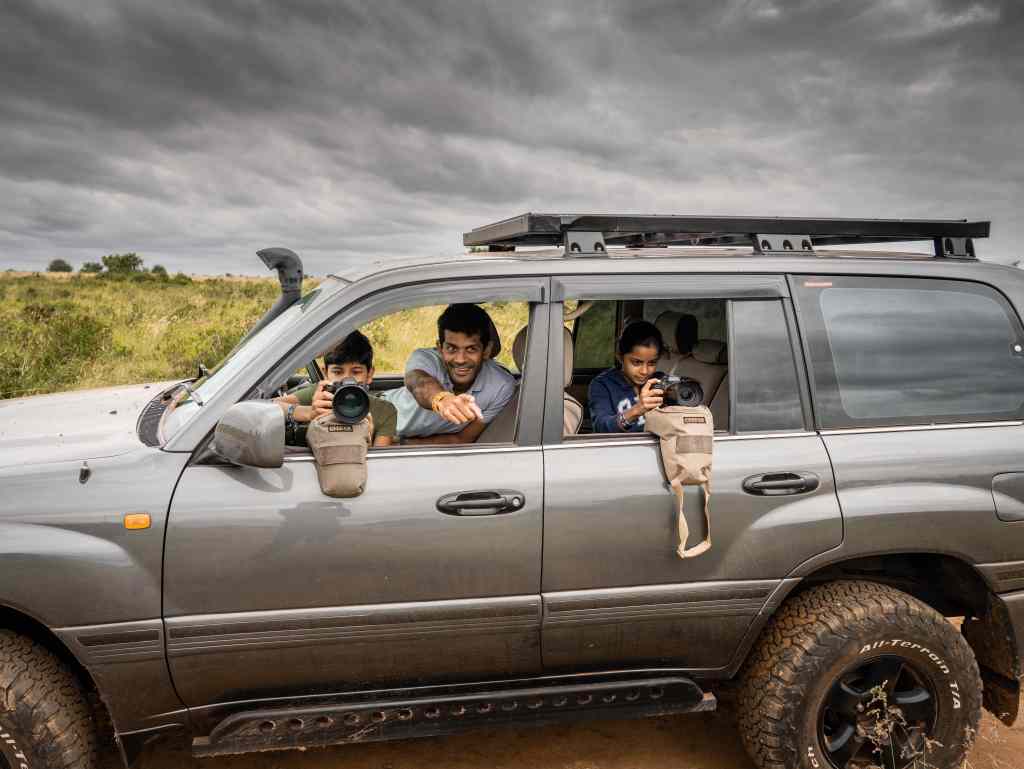 While the initiative started off focusing on African wildlife only, prints on offer have been expanded to cover unique — and often endangered — wildlife from around the world, including orangutans from Indonesia, foxes from Finland, polar bears from the Arctic, jaguars from Brazil, whales from Tonga and brown bears from Alaska. 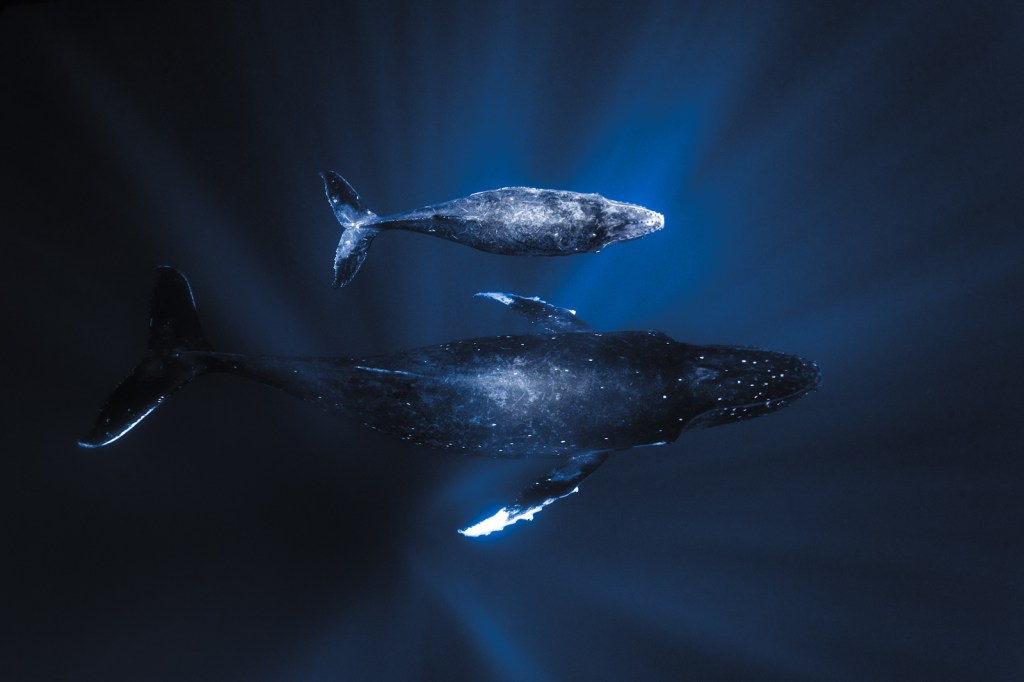 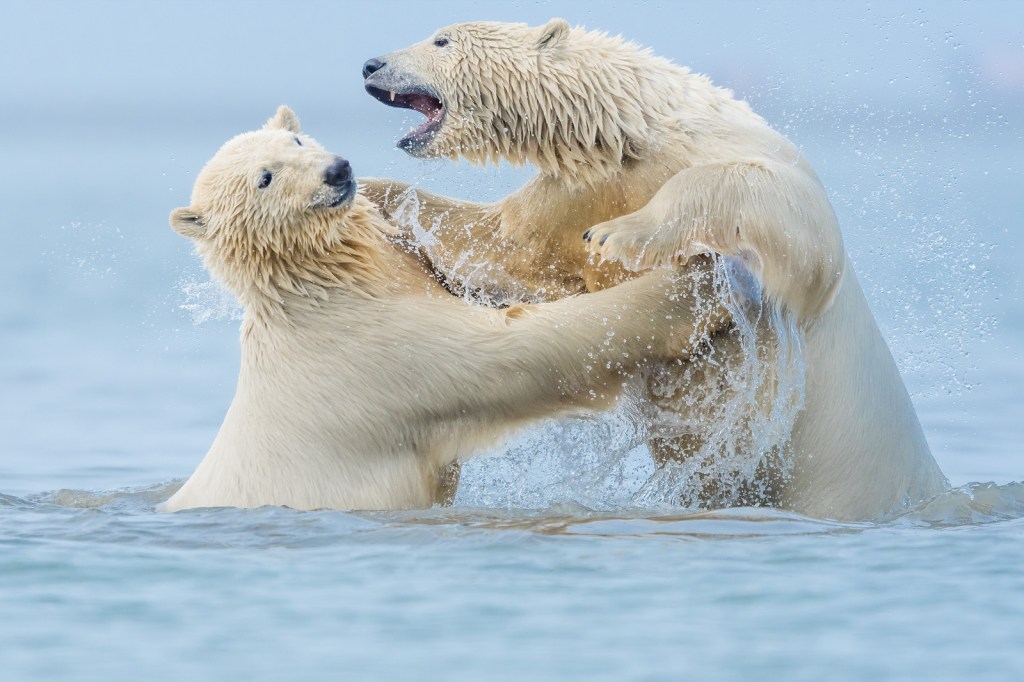 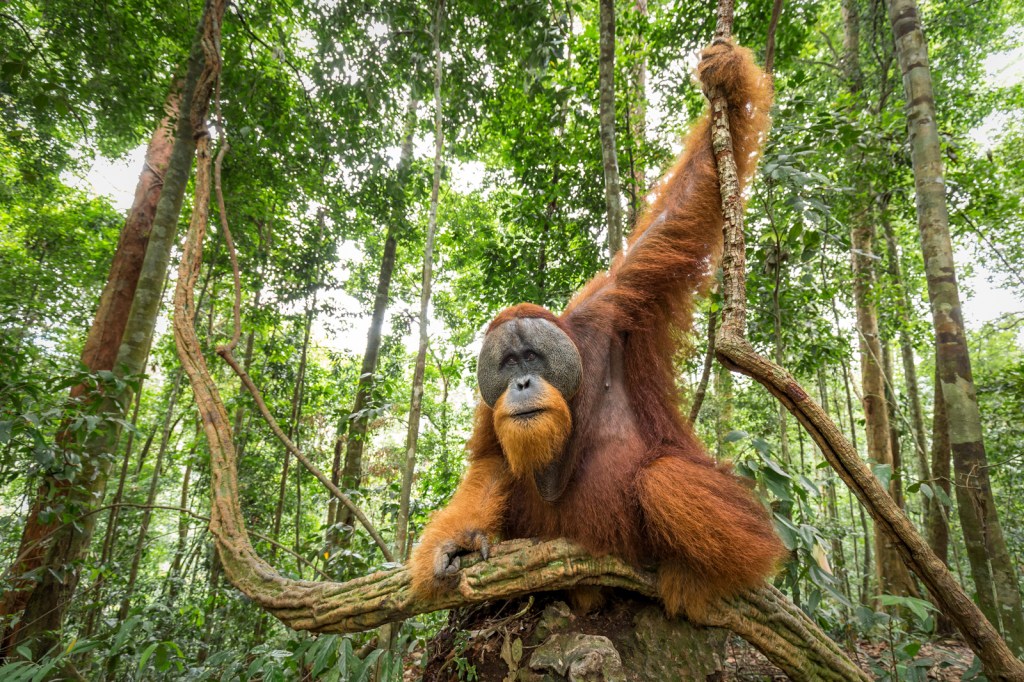 “We strongly believe that art serves as emotional connection between conservation efforts and people all over the globe — even if they have never been to Africa or one of the parks managed by African Parks,” Aerts said. “Through the pictures and the stories they sense the beauty of these places and that it’s worthwhile protecting them for future generations.”