A Wisconsin family had the vacation surprise of a lifetime when they ended up reeling in a “super rare” sawfish from Florida waters. 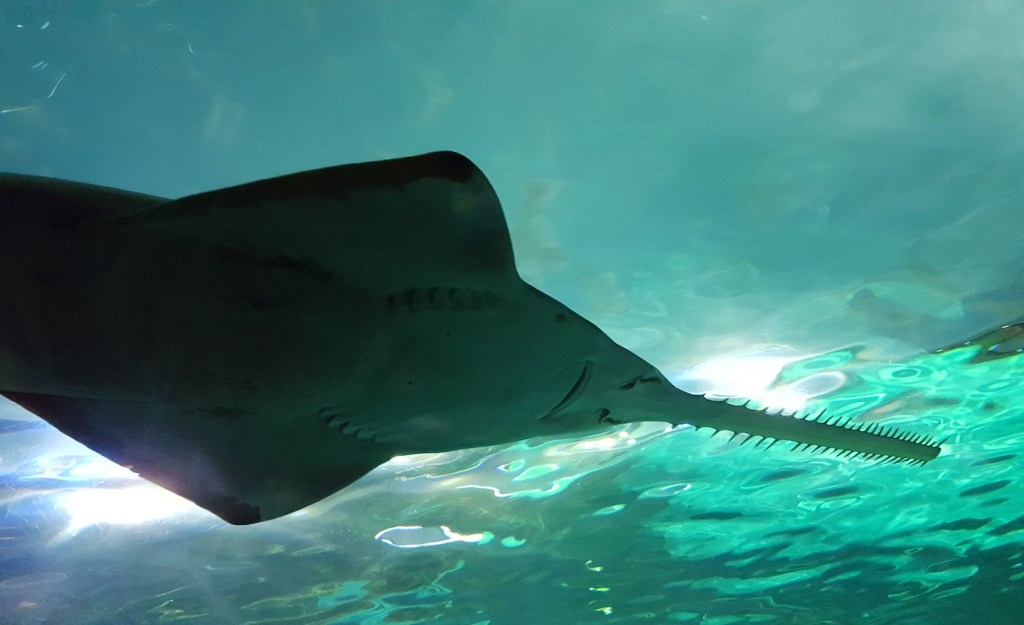 The Therriault family from Green Bay were fishing off of Port Canaveral with Capt. Parker Miley of Fin and Fly Charters on their last day of vacation Aug. 4 when they caught the unbelievable find, according to Florida Today.

Following a 20 minute back and forth, they were able to reel it to the surface.

“Oh my God, it’s a sawfish! You guys, this fish is super rare!” Miley said.

Sawfish are listed as endangered under the Endangered Species Act and are to be released unharmed when captured.

The 13-foot sawfish inadvertently hooked by the family was immediately released uninjured.

Due to their rarity and endangered status, the Florida Fish and Wildlife Commission encourages all sawfish sightings to be reported for research purposes.

RESCUERS SAVE KILLER WHALE STRANDED ON ROCKS IN ALASKA