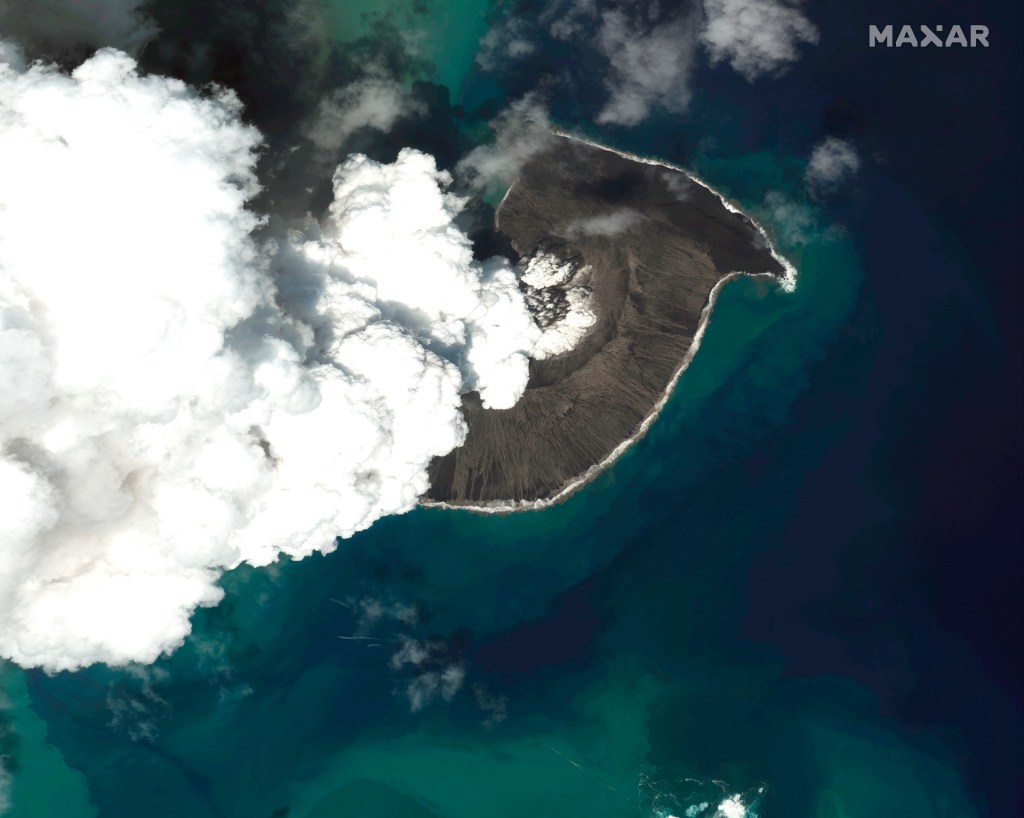 Satellite images captured by Maxar Technologies show the Hunga-Tonga Hunga-Ha’apai undersea volcano, located 40 miles north of the island nation’s capital Nuku’alofa, emitting a miles-long stream of ash after its eruption over the weekend.

After Saturday’s massive eruption, satellite images provided the first glimpse into the devastation, showing once lush and green communities blanketed in gray and black ash. 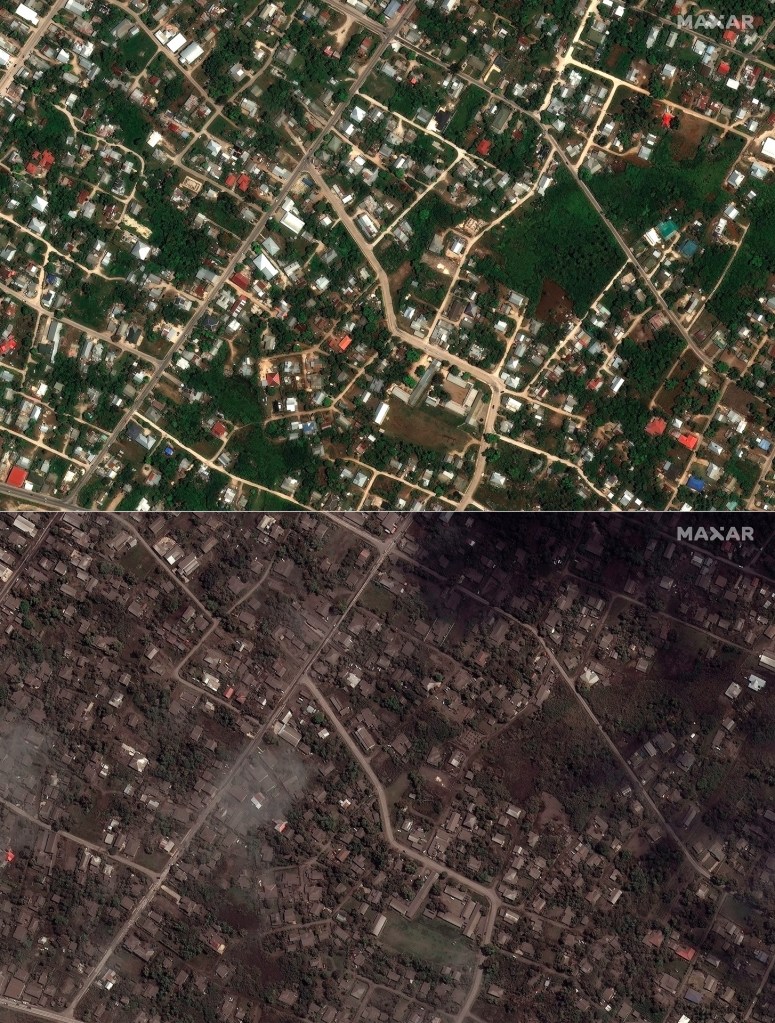 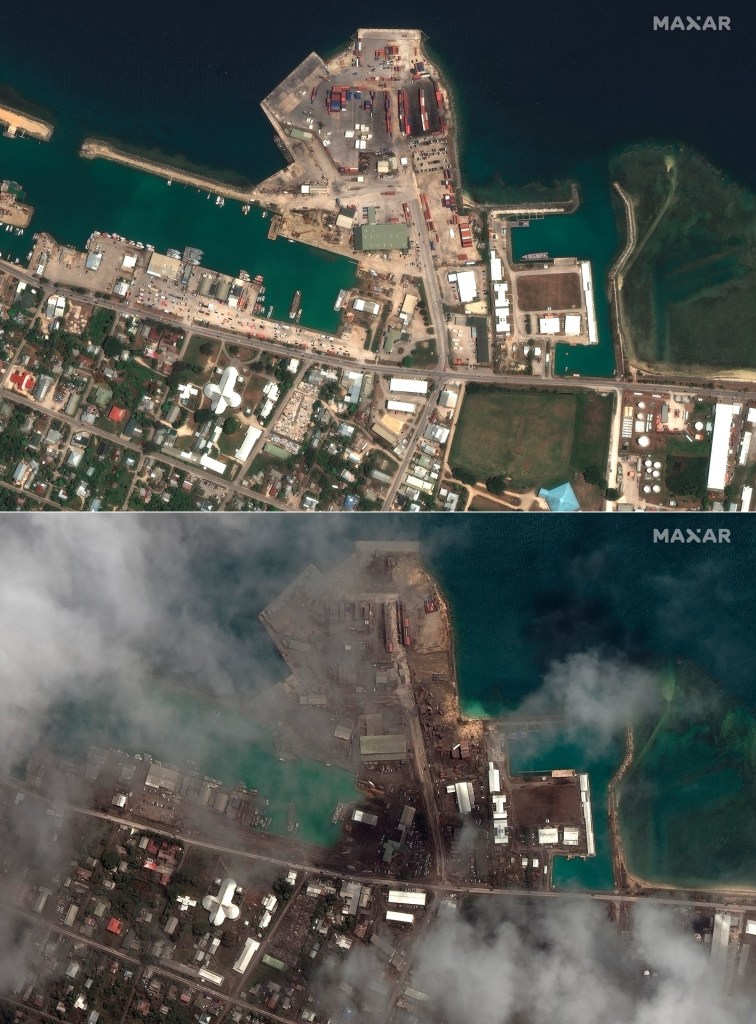 Maxar was able to capture an aerial image of the main port facilities in the island nation’s capital on Dec. 29 and again days after the eruption that triggered a tsunami that reached across the Pacific. 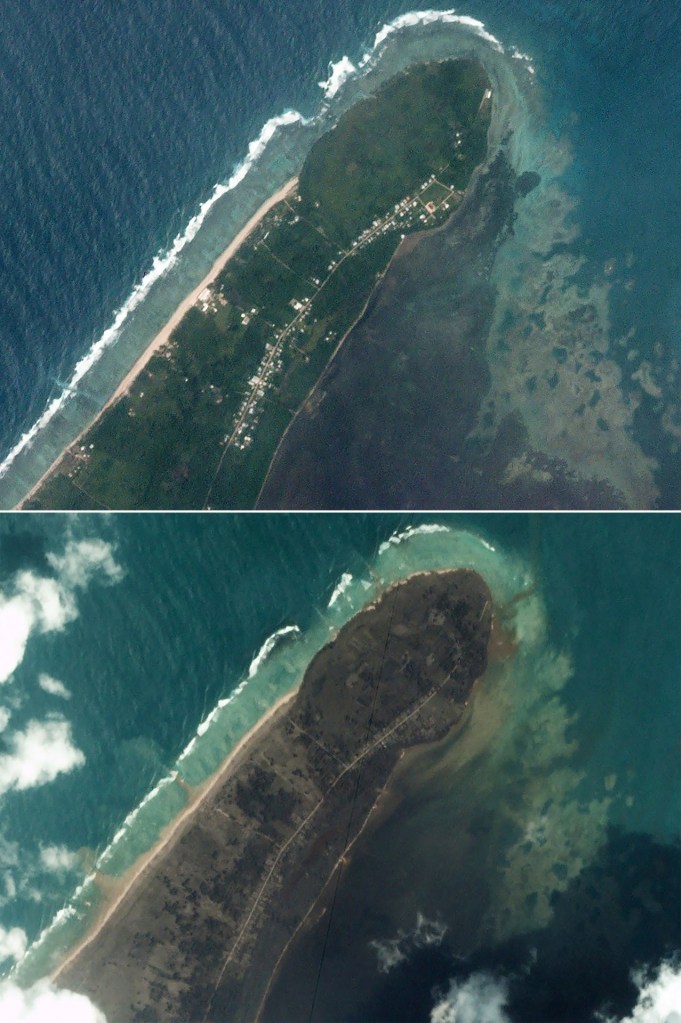 This image captured by Planet Labs PBC shows an aerial view of the Kanokupolu village on Tonga’s main island, Tongatapu, a day before and a day after the  Jan. 15 eruption.

The eruption could be heard as far away as Alaska, and surging water caused by the tsunami reached Japan and the Americas, according to the Weather Channel. Two people drowned off a beach in Peru after huge waves hit the area.

It is still unclear the extent of the damage the volcano and tsunami have caused on the island nation, but video footage on social media shows waters crashing onto the coast as people rush to reach higher ground.

Tonga has reported three deaths so far, one of which was a 65-year-old woman from Mango island, a 49-year-old man from Nomuka island and British woman who was reported missing earlier this week, the BBC reported.

Red Cross officials estimated that 50 homes on Tonga’s main island of Tongatapu were destroyed and as many as 80,000 people could have been affected by the volcano and tsunami.

“We are on standby with teams and emergency supplies and stocks in Tonga are being readied for distribution once humanitarian needs are identified by staff,” said Stephane Dujarric, spokesperson for the United Nations Secretary General António Guterres during a press conference Tuesday.

“Communication has been very difficult, mostly with satellite phone, and we are waiting for the results of a government assessment.”

‘I THOUGHT I WAS GOING TO DIE’: MAN SUDDENLY ATTACKED BY PACK OF OTTERS