The researchers surveyed 248 conservationists, technologists and academics across 37 countries over the 11 most commonly used conservation technologies, including camera traps, biologgers, acoustic monitoring and remote sensings.

Although it’s estimated that about 8.7 million species populate our planet, 86 percent of all species on land and 91 percent in the oceans are yet to be discovered. Multiple scientific studies suggest that if no action is taken, as many as half of all species could go extinct by the end of the century.

Traditional methods for tracking biodiversity, such as camera traps, which connect digital cameras to an infrared sensor to capture images and videos of animals moving past the sensor, or aerial surveys can be labor-intensive and costly. The technologies highlighted by the research could help reduce the time and resources required to detect wildlife, while increasing the effectiveness of conservation efforts.

Artificial intelligence (AI) is increasingly used to analyze large amounts of conservation data, such as camera trap, satellite and drone images or audio and video recordings, and improve wildlife identification and monitoring. The non-profit Wild Me created a cloud-based platform Wildbook, which uses computer vision and deep learning algorithms to scan millions of crowdsourced wildlife images to identify species and individual animals based on their unique patterns, including stripes, spots or other defining physical features such as scars.

Photos are added to the cloud by scientists and other volunteers, or are sourced from social media, and over time, the information about each species will grow as more citizen scientists and researchers contribute to the image catalogue. The aggregated data helps inform conservation actions, while the public can follow their favorite animals in the cloud. 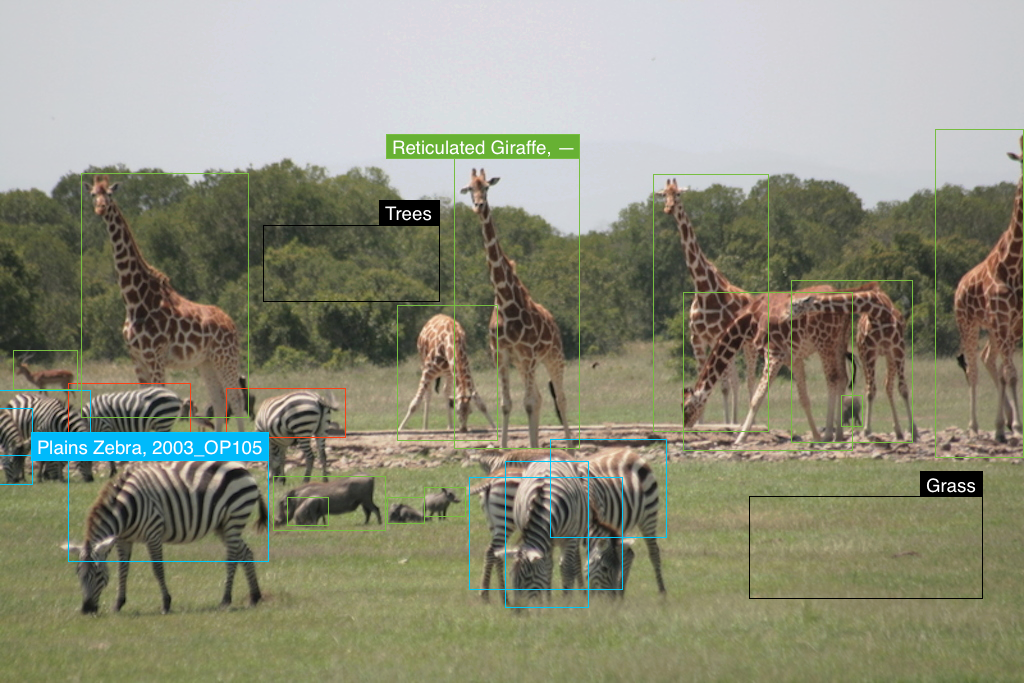 Wildbook was started off to improve the tracking of whale sharks which was previously done by attaching plastic tags to the animals that had often never resurfaced. The platform has since grown into a vast database of various different species, including sea turtles, manta rays, sharks, whales, dolphins, big cats, giraffes and zebras. 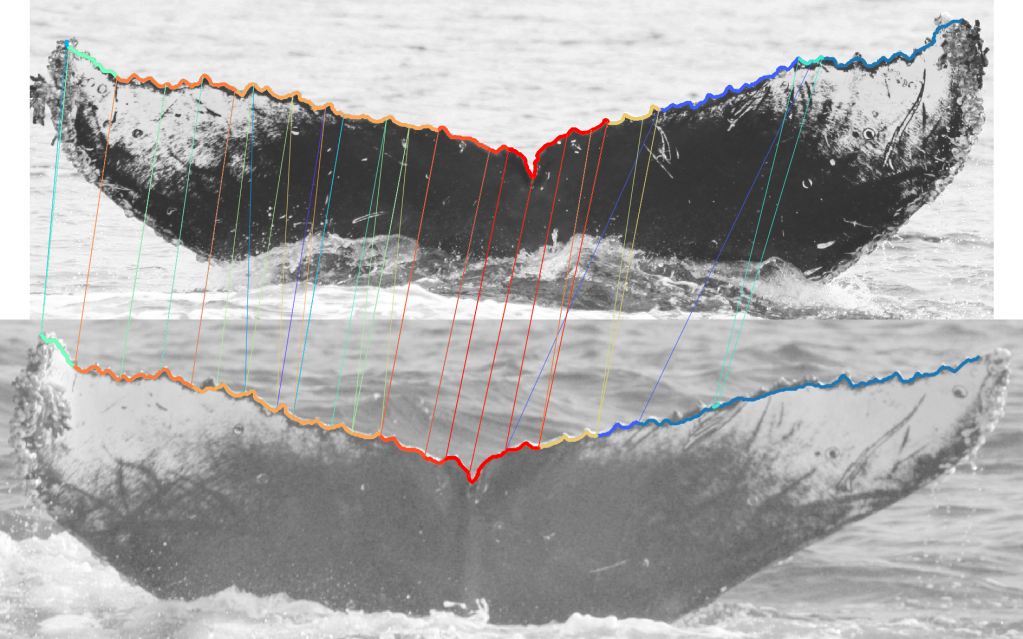 In partnership with Microsoft’s AI for Earth initiative, Wildbook is hosted on its cloud computing service, Azure and is made available as an open-source software to encourage others to adopt this non-invasive method of species tracking.

A facial recognition tool for wildlife 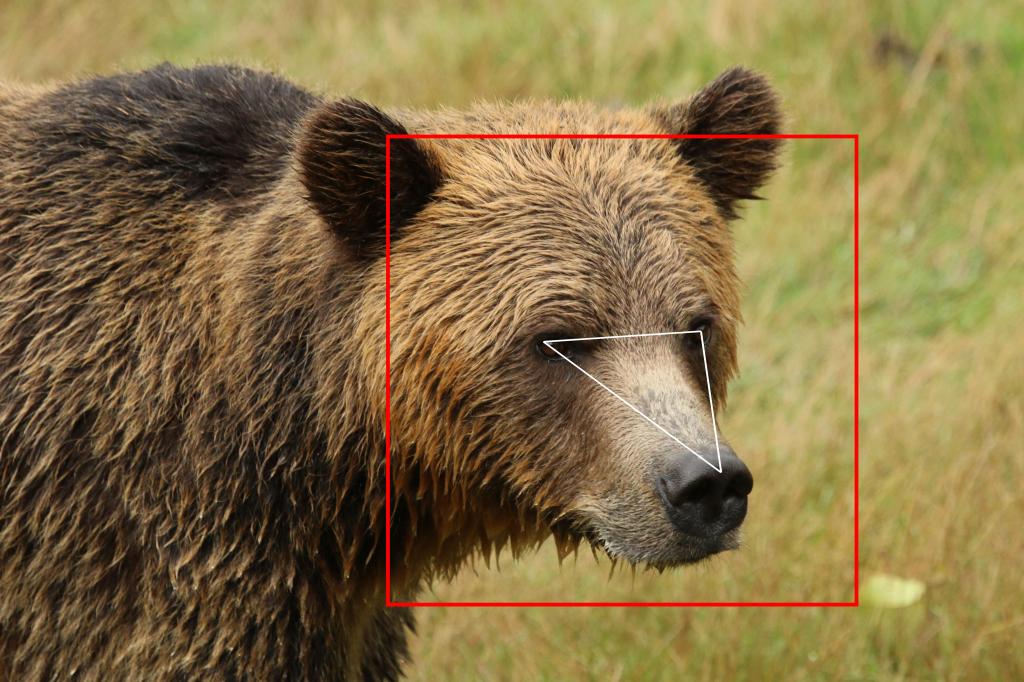 The BearID Project is developing a facial recognition software that can be applied to camera trap imagery to identify and monitor brown bears, and inform subsequent conservation measures. This is especially important because camera traps are currently unable to consistently recognize individual bears due to the lack of unique natural markings for certain species.

So far, the team of biologists and software engineers have developed an AI system using personal photographs of brown bears from British Columbia, Canada and Katmai National Park, Alaska, which was able to recognize 132 individual bears with an 84 percent accuracy. While the camera trap system is currently under development, the project is already working with indigenous nations in Canada to implement the new tool within bear research and monitoring programs. The ultimate goal is to expand the scope of the facial recognition software to eventually apply to other threatened species.

During the first month of its field tests in the Srepok Wildlife Sanctuary in Cambodia, the area identified as most suitable for the reintroduction of tigers in Southeast Asia, PAWS has helped rangers double the amount of snares detected and removed during their patrols. 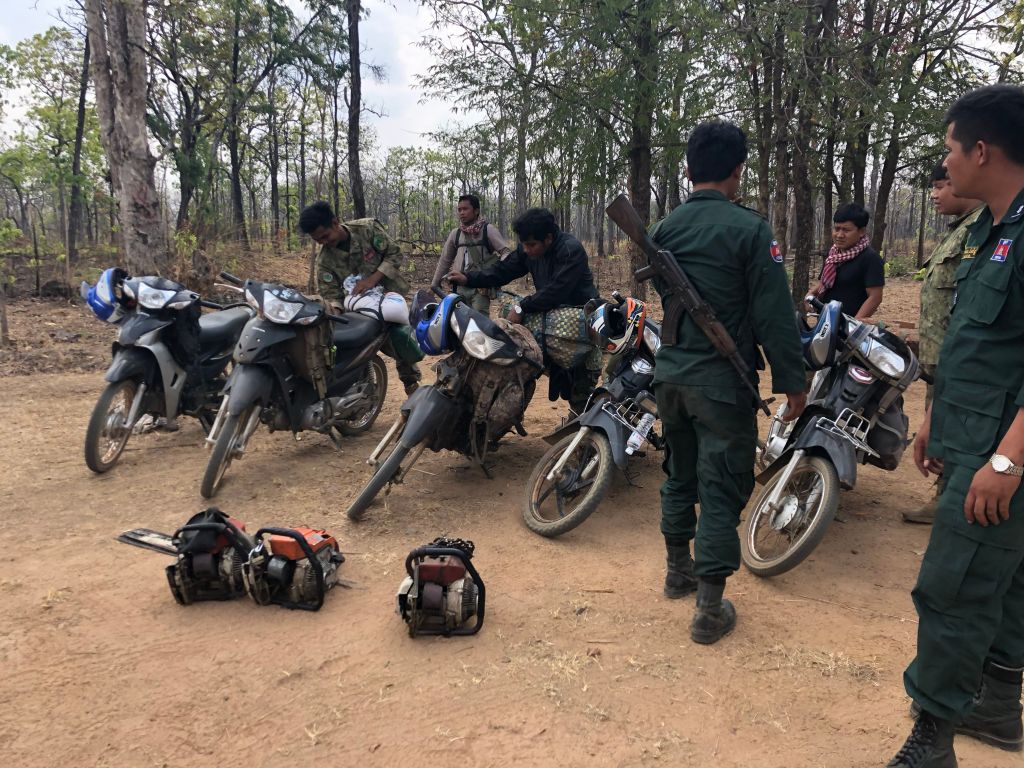 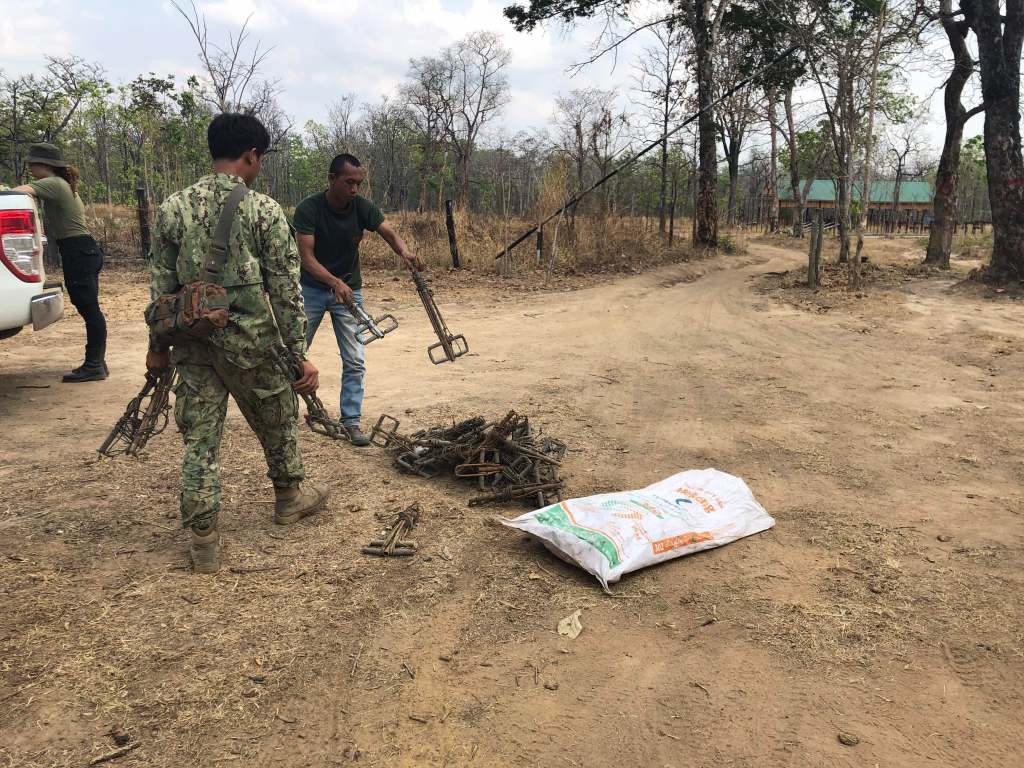 PAWS has since been integrated with the open-source Spatial Monitoring and Reporting Tool (SMART), which is already used by rangers in over 1,000 protected areas to log data collected during patrols. The integrated tool is currently available to national parks as a beta feature, and has been tested across Zimbabwe, Nigeria, Kenya, Malaysia, Mozambique and Zambia to generate poaching risk maps to assist with patrols.

Plans for the future include connecting the software to remote sensing tools such as satellites or drones to reduce the need for humans to enter the data, and expanding the scope of PAWS to predict other forms of environmental crime, including illegal logging or fishing.

Environmental DNA (eDNA), meanwhile, enables conservationists to collect biodiversity data by extracting DNA from environmental samples, such as water, soil, snow or even air. All living organisms leave traces of their DNA in their environments through their feces, skin or hair, amongst others.

A single sample might carry the genetic code of tens or even hundreds of species, and can provide a detailed snapshot of an entire ecosystem. A recent study has revealed that eDNA could offer a more efficient and cost-effective method for the large-scale monitoring of terrestrial biodiversity. In the study, eDNA sampling detected 25 percent more terrestrial mammal species compared to camera traps, and for half of the cost.

eDNA can also help examine the impact of climate change, detect invisible threats such as viruses or bacteria, and assess the overall health of an ecosystem, which can be used to make the case for greater protection for the area.

NatureMetrics, for instance, partnered with the Lebanon Reforestation Initiative to use eDNA to assess the biodiversity of freshwater ecosystems, providing crucial data from a previously understudied region to inform rehabilitation and restoration work.

Most national parks don’t have basic internet or cellphone coverage as national telecommunications networks don’t typically extend to these protected areas. To provide low-power, long-range connectivity, Smart Parks deploys a range of sensors, including gate sensors, alarm systems, and animal, vehicle and people trackers, which run autonomously on solar power, consume little energy and are connected to a secure private network situated in the park itself.

The networked sensors track a wide range of information, and are able to detect human intrusions which can support anti-poaching efforts, or animal breakouts from the protected area into the community which could help preempt human-wildlife conflict. 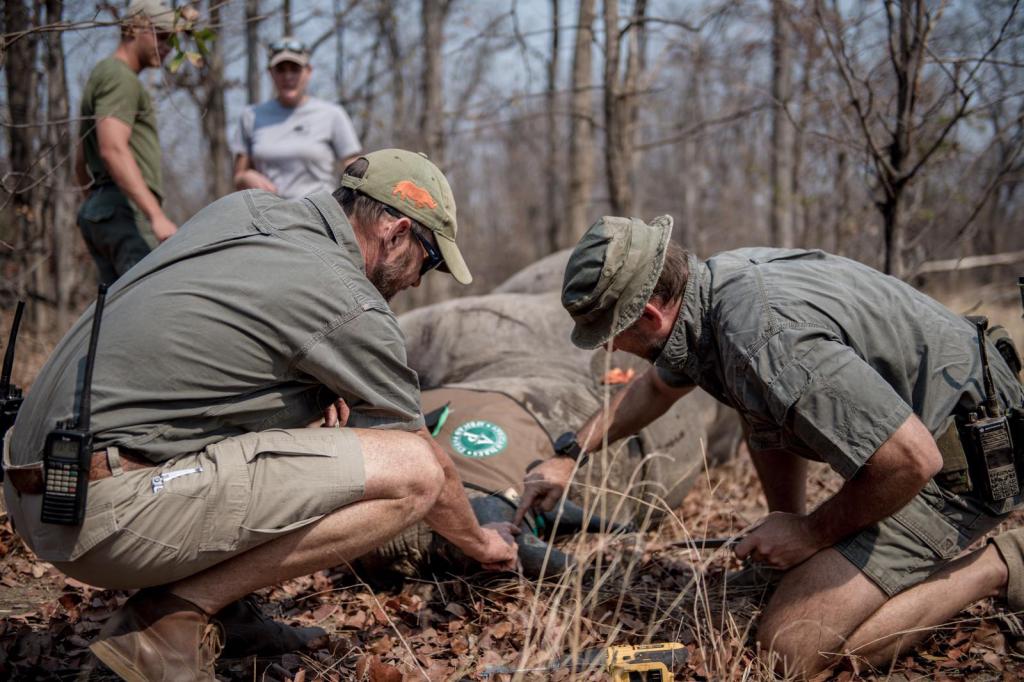 The data is made available in or near real time in a web application, and can help inform operational decisions related to park management, wildlife conservation and local community protection, and could even be applied to ensure ranger and tourist safety.

Smart Parks technology has been deployed in protected areas around the world, and has helped contribute to the conservation of many endangered species, including orangutans, rhinos and elephants.

Although it was not covered by the WILDLABS survey, games can also serve as a valuable tool to activate audiences with critical conservation issues, especially among a younger and more tech-savvy generation. Internet of Elephants, for example, develops a range of gaming and digital experiences based on scientific data to engage people who might not have otherwise held an interest in wildlife conservation. 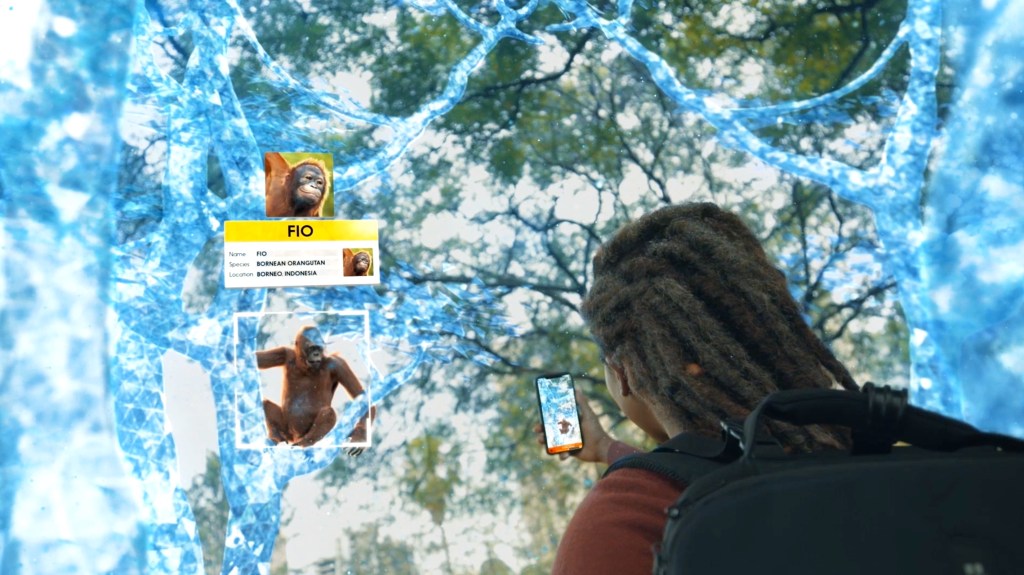 Its products include Wildeverse, an augmented reality mobile game where players go on conservation missions in the jungle and learn how to keep apes safe, or Unseen Empire, which has turned one of the largest camera trap studies into a gaming experience. Players review real-life camera trap imagery to identify various wildlife species, and in the process learn more about the devastating impact of deforestation, poaching and other human developments on endangered wildlife, including the elusive clouded leopards.

Besides highlighting the most promising tech innovations, the WILDLABS report has also identified some of the key challenges facing the conservation technology ecosystem, including competition for limited funding, duplication of efforts and insufficient capacity-building.

Importantly, the research revealed that financial and technical barriers might disproportionately affect women and people in developing countries.

“Many of the most critical conservation hotspots are also areas that are currently receiving the least support in terms of local tech capacity building,” shared Talia Speaker, WILDLABS Research Lead at WWF and co-author of the report.

Speaker warned about the problematic nature of “parachute science” which involves scientists and conservationists from high-income countries providing temporary support in developing nations and leaving after the project is finished, with no investment in local capacity-building. Without empowering local communities to use and develop conservation technologies themselves, the effectiveness and long-term sustainability of these solutions are put at risk.

To address these challenges, “the findings of this research are already feeding into a variety of WILDLABS programs,” added Speaker. “These range from fellowships that bridge the technology and conservation sectors to targeted community and capacity-building in regions like East Africa and Southeast Asia with high potential for conservation tech impact but historically limited resources for engagement with the field.”

This article is written in the author’s personal capacity and does not reflect the views of the author’s employers.