Amtrak has released a map detailing how its rail service could be expanded and improved across the country following President Biden’s infrastructure proposal that includes $80 billion for rail.

The railroad company on Wednesday released a “Amtrak Connects US” fact sheet and map that shows existing routes and lays out where new service lines could be added over the next 15 years with the funding.

The map shows cities that could have access to new routes that are currently unserved including Las Vegas, Nashville, Columbus and Phoenix. 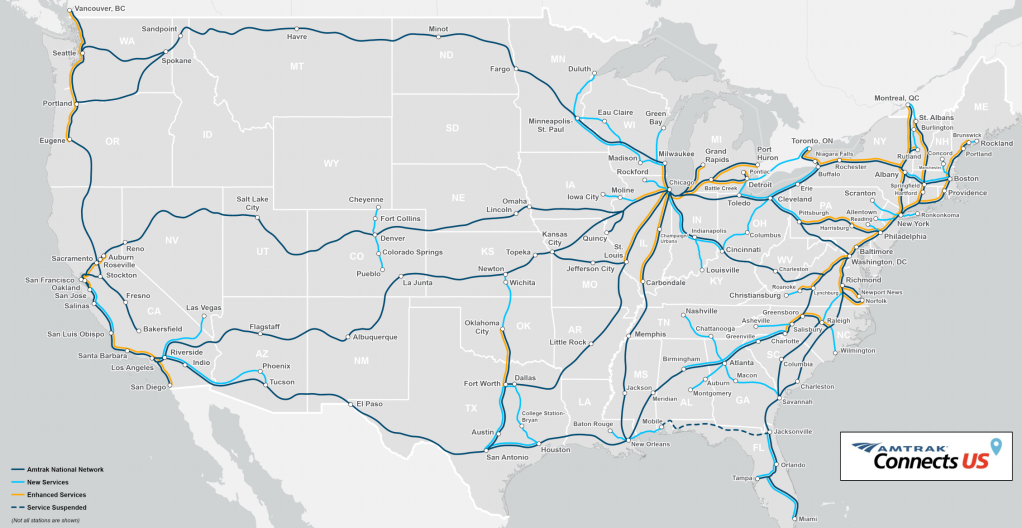 If Congress provides the funding, Amtrak said it would also be able to make critical improvements to the Northeast Corridor, which has dozens of bridges, stations and tunnels that are “beyond their design life and in need of immediate replacement or rehabilitation.”

“President Biden’s infrastructure plan is what this nation has been waiting for,” Amtrak CEO Bill Flynn said in a statement.

“With this federal investment, Amtrak will create jobs and improve equity across cities, regions, and the entire country – and we are ready to deliver. America needs a rail network that offers frequent reliable, sustainable and equitable train service.”

“Far too many Americans lack access to affordable public transit — and those who do have access are often met with delays and disruptions,” Biden tweeted Wednesday.

“We have the power to change that, modernize public transit, and expand access for people across the country.”

WHAT EXACTLY IS IN BIDEN’S BOLD NEW INFRASTRUCTURE PROPOSAL?

AMERICA’S FIRST 3D-PRINTED NEIGHBORHOOD IS ‘THE FUTURE OF HOUSING’