Skip to content
Special Video Series All Together Now 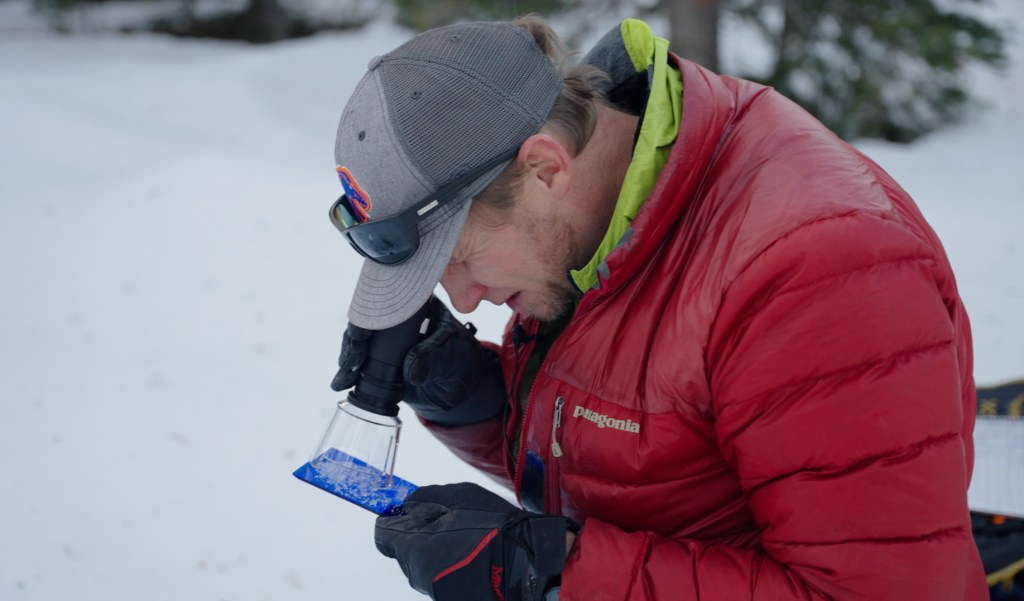 Using new satellite technology, scientists will better understand snow around the world, to save lives and mitigate the impacts of climate change on snow and water.

In early February 2021, the U.S. had its deadliest week for avalanches in more than a century, with 15 fatalities. Researchers point to a number of converging factors, from early snowfall followed by drought, to more people skiing in the backcountry because of COVID-19. But underlying all of this is a major problem — scientists still do not have a good way to figure out how much snow there is in a given area. Although there are satellites that can determine geographically where snow has fallen, they do not yet show how deep the snow is, what the snow characteristics are, nor what the snow water equivalent is (the amount of liquid water in the snow when it melts). 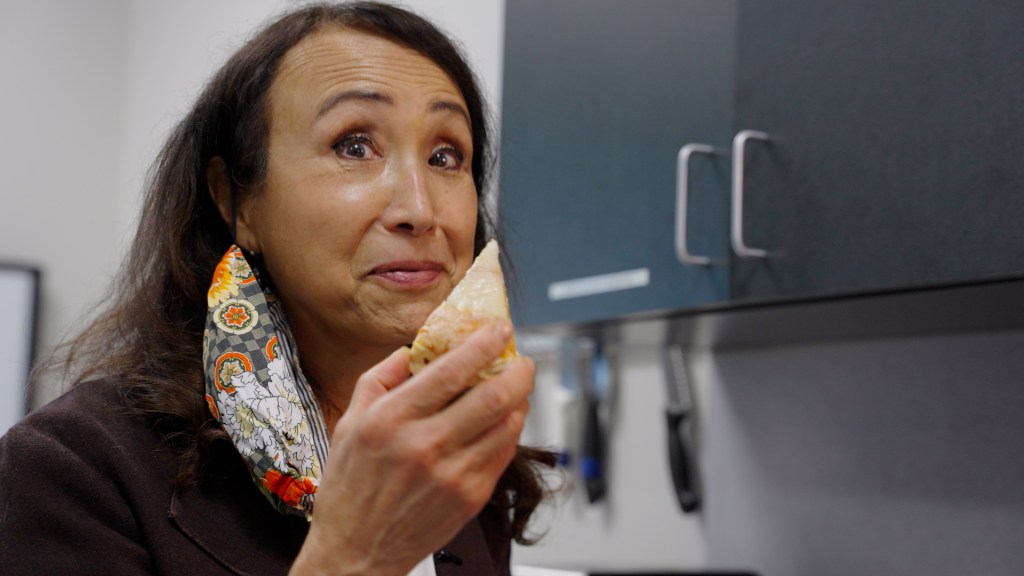 Miyoko Schinner is not subtle about her plans to change the dairy industry. A vegetarian since age 12 and a vegan for more than 30 years, Schinner has been working tirelessly for decades to change people’s perceptions about animals and the foods we derive from them. In 2014 she launched Miyoko’s Creamery, a mission-driven vegan cheese and butter company based in Northern California that has exploded in popularity in the past few years, as consumers have become more conscious of the environmental impact of their food consumption.
Watch the full video

How electric planes could soon rule the skies 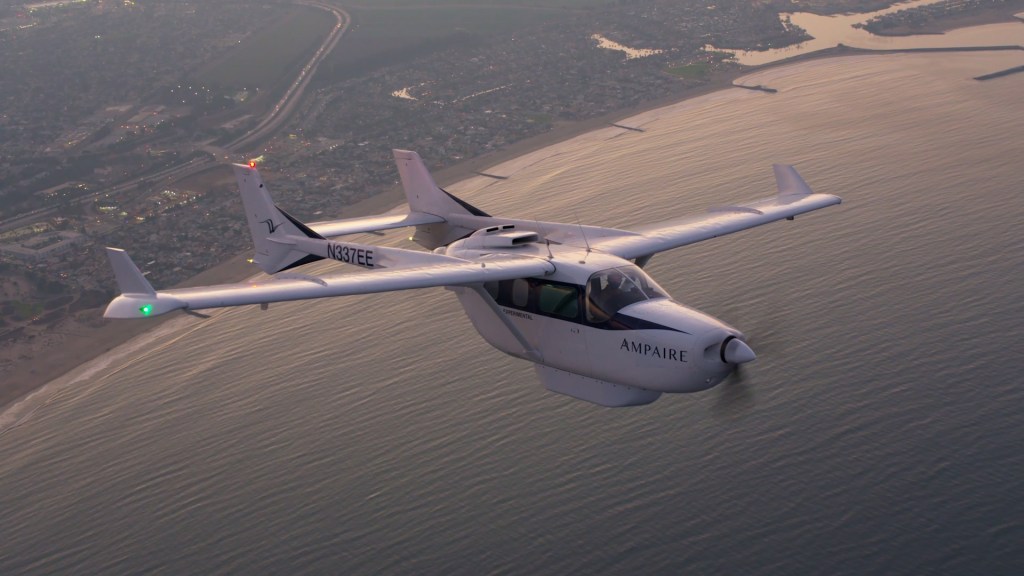 The aviation industry is currently producing about 3% of global carbon emissions, and as other industries electrify and reduce emissions, that percentage will only increase. Ampaire, a small LA-based startup, is trying to disrupt the aviation industry by building quieter, cheaper, and cleaner planes through electrification. 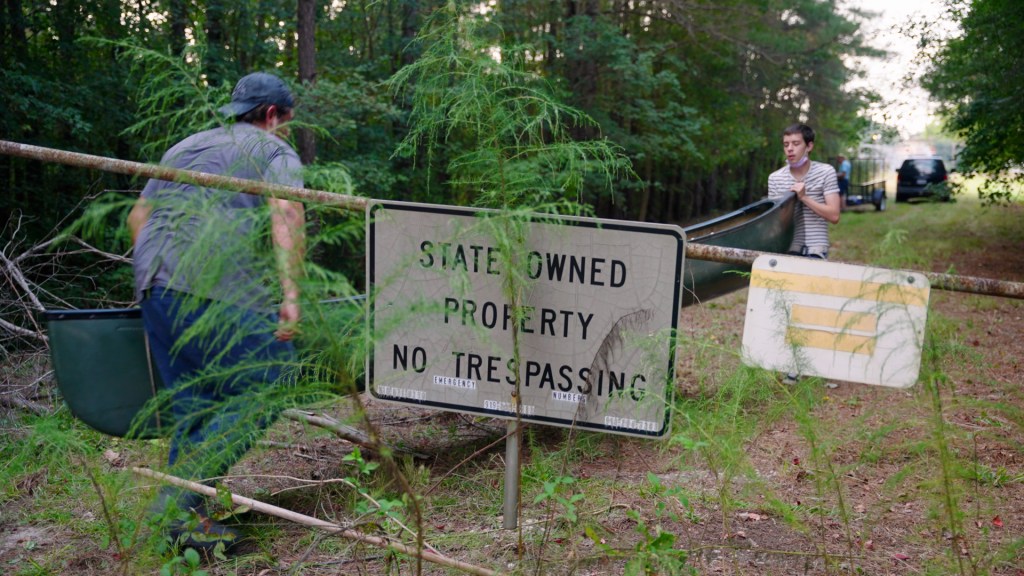 There are nearly 300 abandoned prisons littering the United States. One innovative program shows how turning them into sustainable farms can make them productive and help solve the incarceration crisis at the same time

Despite closing 20 years ago, the Scotland County Correctional facility in Wagram, North Carolina, is a busy place. Instead of being filled with inmates, it’s now bustling with sheep, chickens, cows, a guard donkey, and a crew of enthusiastic local teenagers who are a part of an organization called Growing Change. Led by a charismatic clinical social worker named Noran Sanford, the program works to keep youth out of the criminal justice system by flipping the derelict prison into a sustainable farm and community resource center.

How Congress is literally going to the birds! 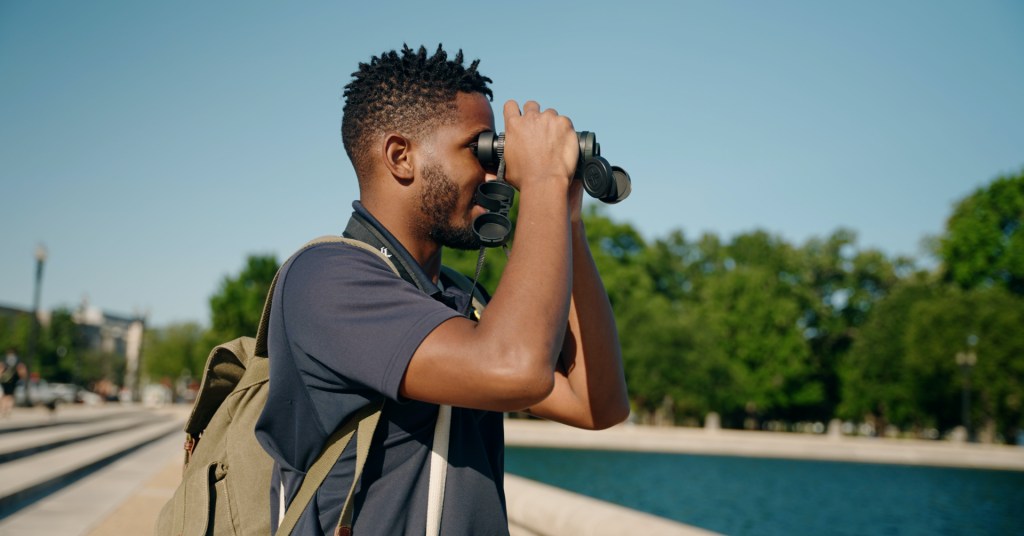 For Tykee James, birding is much more than simply spotting birds–it’s a way of connecting people to their environment. James is the Government Affairs Coordinator for National Audubon Society, and leads monthly birdwalks for Congressional staffers around the National Mall near the Capitol. The walks are non-partisan and mostly non-political, but James hopes that by getting people outside and engaging with the birds, they’ll start to care about them, and conservation, at a deeper level.

Fighting injustice in the most unlikely surf spot in America 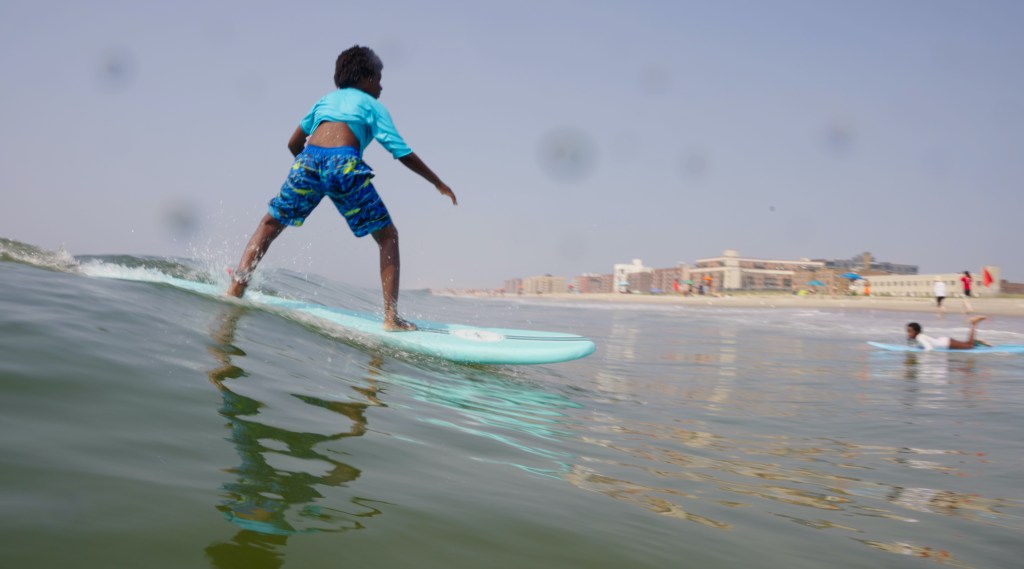 In 2016, Lou Harris started the East Coast chapter of the Black Surfing Association, to provide free surfing, skateboarding, swimming, and cooking lessons, for kids who otherwise would not be able to have access to these activities. To Lou, it’s all about keeping kids busy and active in Rockaway, and to educate them about their environment. “If you live here, you should know the drop offs and how to get out of a riptide,” he says. “This is your backyard.”

How drones are fighting fire with fire in the American West 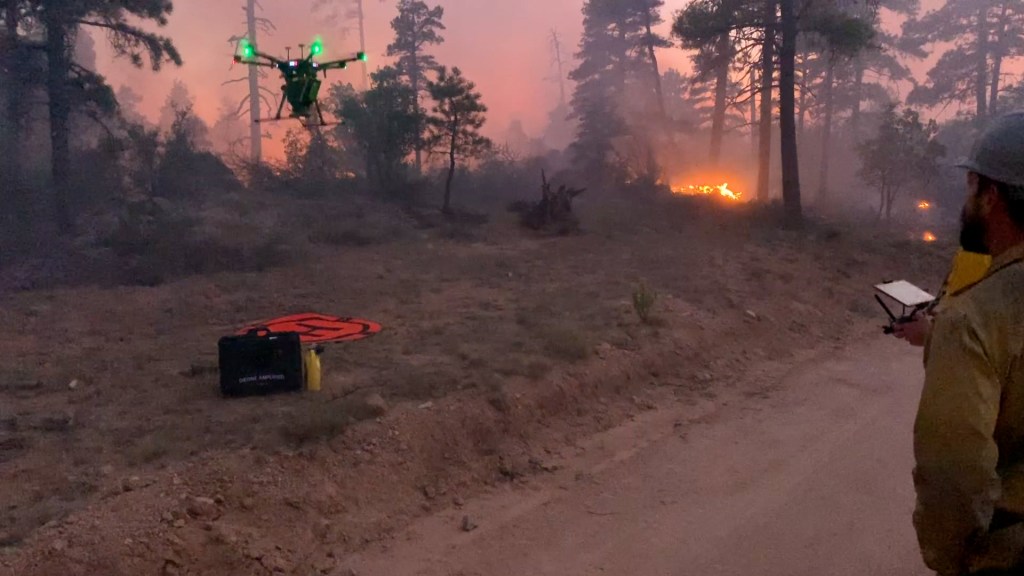 As the climate changes dramatically, droughts and heatwaves have become much more dangerous. Combined with decades of policies that prevented the controlled burning of fire-prone forests, much of the American West is now a tinderbox. New technology allows firefighters to start prescribed burns via drone, to safely reduce the risk of wildfires.

In amazing leap, scientists map the feeling of touch into the brains of subjects with paralysis 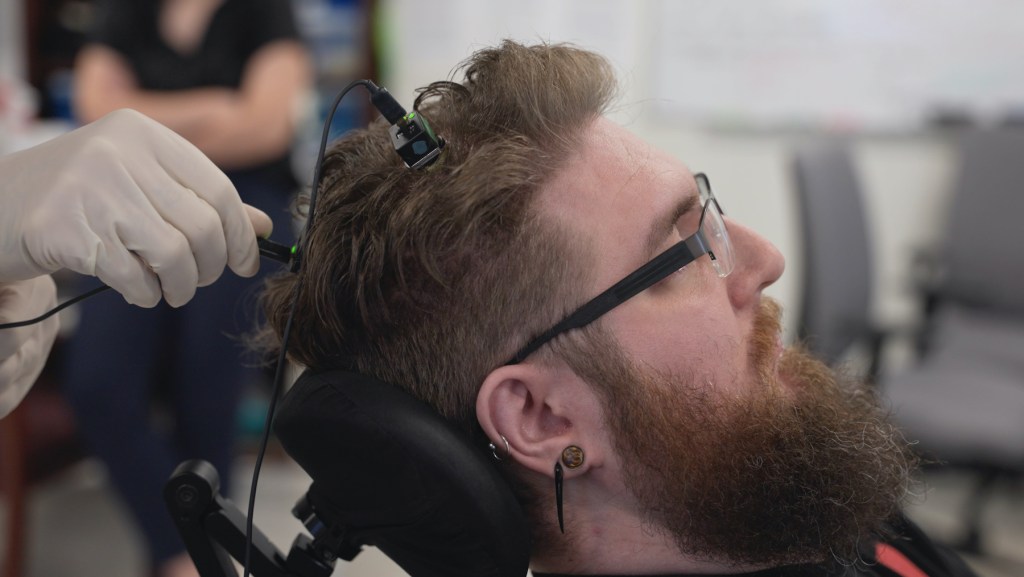 New research shows that by adding a sense of touch to a robotic hand, participants are able to complete tasks nearly two times faster, completing a grabbing task in 10 seconds with the sensory feedback, instead of the 20 seconds it took before. This represents a huge advance in the pursuit of more natural movement through BCIs and prosthetics.

How Detroit residents are building their own internet 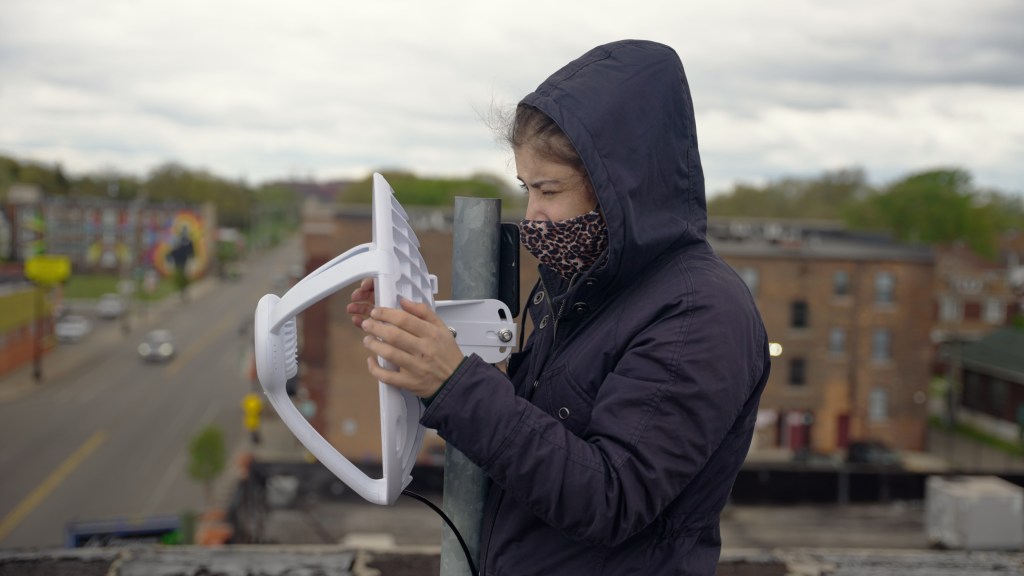 Faced with a stark digital divide, Detroit community groups are mobilizing to build an internet network block by block

Detroit has historically been one of the least connected cities in America, with about 40% of Detroit residents lacking any home internet access at all. Things are changing, though, thanks in large part to projects like the Equitable Internet Initiative (EII), a collaboration between the Detroit Community Technology Project and a network of community organizations. 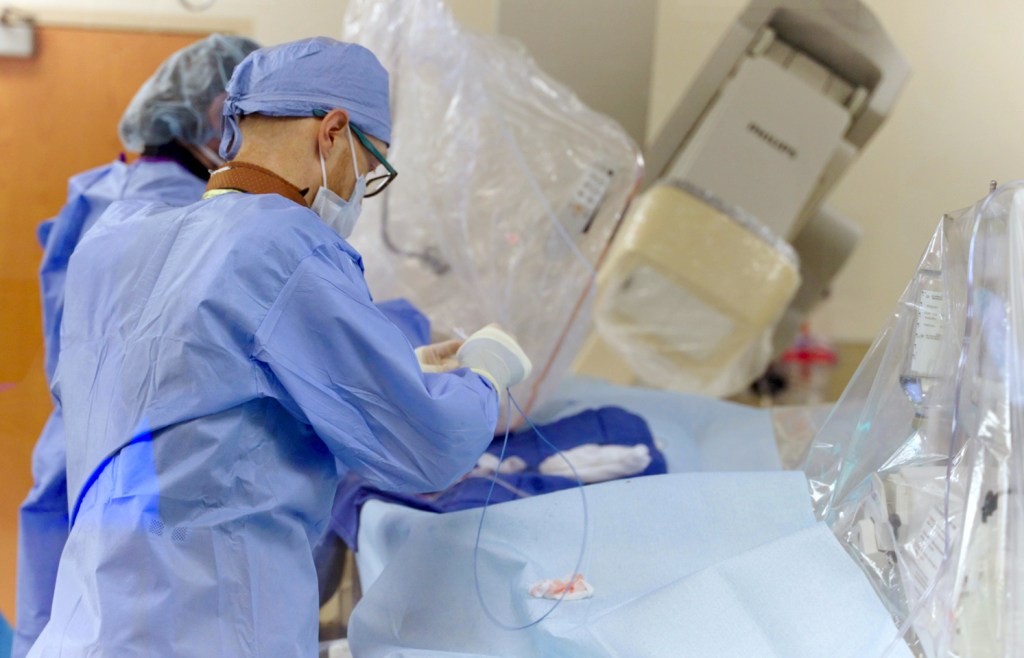 With new technology worthy of science fiction, a top surgeon in New York will be able to operate on a dying patient in rural Michigan

Less than half the population in rural America can reach a cath lab within an hour – and that lack of proximity can be deadly. As internet access and connectivity increase around the US and the world, robotic telesurgery will enable patients living anywhere to get access to cutting-edge healthcare much faster, regardless of whether a doctor is in their town, state, or even country.