In a breakthrough researchers identify cancer cells by their acidity

To catch cancer early, it has to be identified by doctors and scientists. Often, it’s only when cancers are tumorous that some patients first find out about the cancer. While many researchers are developing various ways to test for cancer, one team in Singapore has found a way to distinguish between cancer cells and normal cells in a quick test.

In a study published in APL Bioengineering, a team of researchers report a technique they’ve developed that uses artificial intelligence (AI) to identify cancer cells. The scientists focus on the pH level inside the cells, measuring its acidity.

“Unlike other cell analysis techniques, our approach uses simple, inexpensive equipment, and does not require lengthy preparation and sophisticated devices. Using AI, we are able to screen cells faster and accurately,” said Professor Lim Chwee Teck, who led the team of researchers at the National University of Singapore (NUS), according to a press release. “Furthermore, we can monitor and analyse living cells without causing any toxicity to the cells or the need to kill them. This would allow for further downstream analysis that may require live cells.” 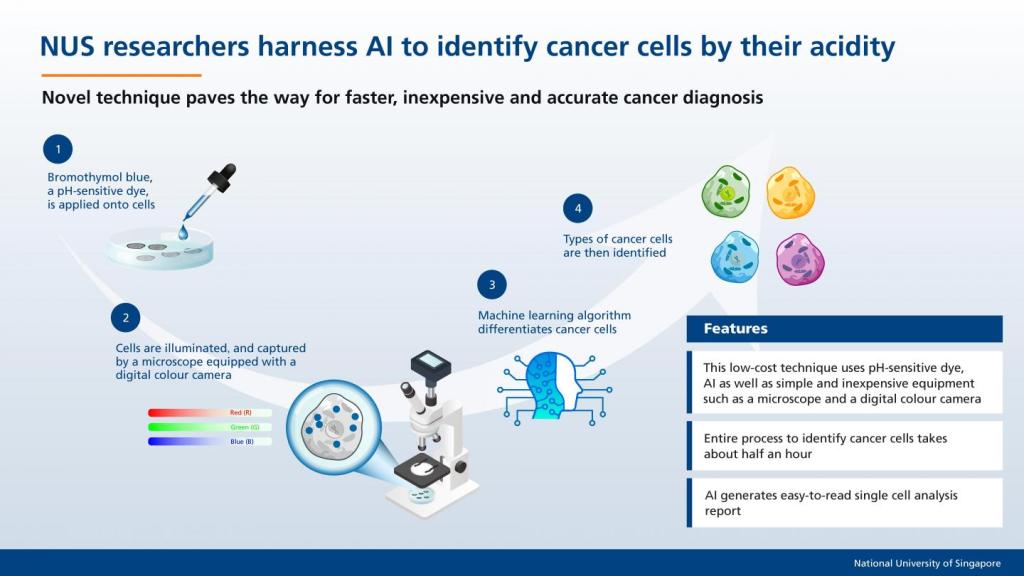 This could be a major improvement for finding cancer early. The researchers are able to distinguish between normal and cancer cells, and this technique works without toxic effects on the cells that could kill them before they can be identified.

The researchers apply a pH-sensitive dye called bromothymol blue to the cells. This dye changes color according to the acidity inside the cell. Because normal cells and cancer cells have differing internal activities, this leads to different pH levels. Each cell will display a different color depending on the way it reacts with the dye, displaying unique combinations of red, green and blue components. This means that the cancer cells have a different color when reacting with the dye.

The team imaged thousands of cells and used an algorithm based on AI to categorize the unique “fingerprint” of the cancer cells so that they can be easily identified. The whole process could take as little as 35 minutes, compared to current imaging processes that could take several hours, according to the press release.

While it may take time for this technique to be widely available, the researchers are hopeful that their methods can help patients. They are also thinking of ways that their techniques can be used to find tumors. “We are also exploring the possibility of performing the real-time analysis on circulating cancer cells suspended in blood,” said Lim. “One potential application for this would be in liquid biopsy where tumour cells that escaped from a primary tumour can be isolated in a minimally-invasive fashion from bodily fluids such as blood.” 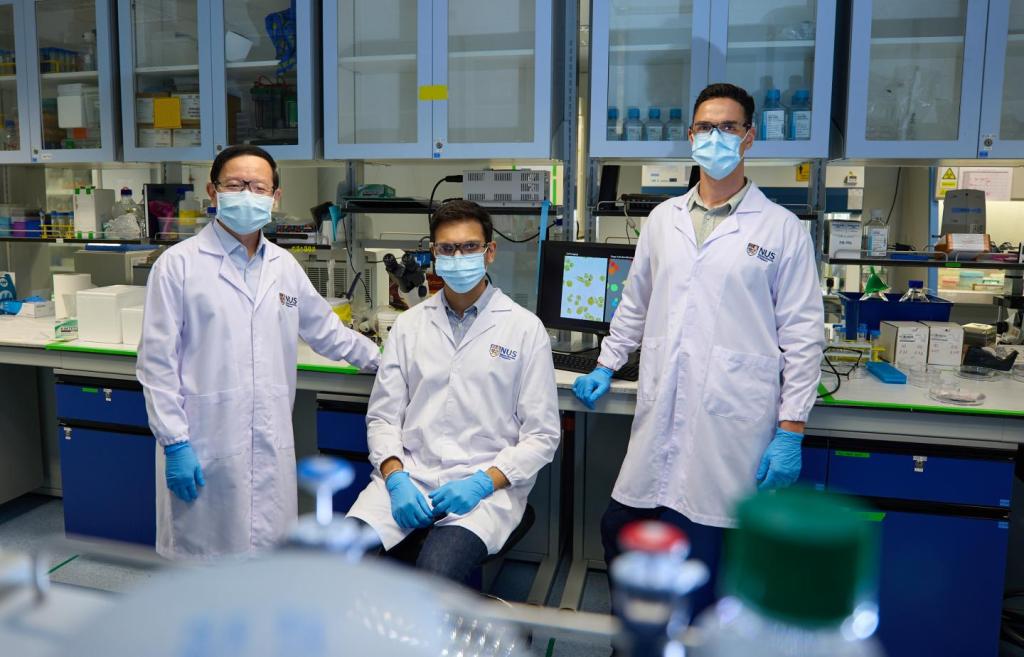 TEAR GLANDS MADE IN A LAB CAN PRODUCE TEARS