View all Load more
Past Event

The Century of the Woman

The 19th Amendment granted women the right to vote nationally.

It was a historic achievement that substantially expanded voting rights nationally. Yet, it left many women behind.

The Hill’s The Century of the Woman will bring together remarkable women leaders and decision-makers to discuss progress and the barriers that remain.

The event, taking place over three sessions, will explore celebrate the strides made in women’s rights in the past century while exposing the lack of true equality and the daily challenges women continue to face today.

We will recognize women who have confronted the system and broken the mold. These women are rewiring our social gravity in ways that make our world fairer, better, and stronger.

Women make up 51% of the U.S. population. But they make up only about 25 percent of Congress and other legislative bodies. The statistics are even more stark for women of color. How can barriers to women running for public office at all levels be eliminated?

Gender struggles are not new to the workplace but progress has been uneven and slow. Women make 82 cents for every dollar earned by a man. Women are promoted more rarely than men — at all levels. The C-Suite is still out of reach, especially for women of color. Discrimination and sexual harassment in the workplace affect more women than men. How do we achieve parity in the workplace? We will hear from employers, employees and those who are shaking up the status quo.

As we wrap up the day long program, we will seek to understand what building and writing rules for a just and fair society means in this day and age. How do we build the society we want to live in? We will hear from those who have scaled barriers, challenged the status quo and pushed for meaningful change.

Additional speakers to be announced 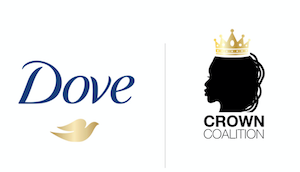