“Whenever convenient, I would like a chat, there’s a lot going on and we are frustrated with how long this re-engagement with the Bureau and Mueller is taking,” Steele texted Associate Deputy Attorney General Bruce Ohr on Aug. 6, 2017. “Anything you could do to accelerate the process would be much appreciated.”

“Chris, good to hear from you,” Ohr texted back as he proposed times when the two could discuss the idea.

The exchange — one of several in which Steele proposed a return to the Russia probe — has captured the attention of investigators in Congress and the Department of Justice (DOJ). Some of them told me they are stunned that a top Rosenstein aide would even consider restoring Steele to the case, and with good reason.

After all, Steele was paid by a firm working for Hillary Clinton’s campaign and the Democratic National Committee (DNC) to dig up Russia dirt on Donald Trump. Then, in November 2016, he was deemed “not suitable” to serve as an FBI informer after being caught leaking information to the media.

By the summer of 2017, the Russia probe, started in the midst of the 2016 election, had ballooned into a giant controversy. Attorney General Jeff Sessions had recused himself from oversight of the case because of his past work for the Trump campaign; Ohr’s boss, Rosenstein, was in charge and named Mueller as special prosecutor to investigate whether the Trump campaign and Russia conspired to hijack the election, and if the president subsequently fired FBI Director James Comey to obstruct the case.

Ohr was a career official, carried over from the Obama years, and not directly assigned to the Russia case despite his extensive contact with Steele.

Spokesmen for Rosenstein and Mueller declined to tell me Wednesday if their bosses knew about Steele’s overture or if Steele provided further assistance to the Russia probe after Mueller took over.

Yet, in a private letter to Congress, shown to me, Rosenstein declared he was unaware of Ohr’s activities with Steele. Ohr was “not assigned to the Russia investigation and he was not in the chain of command,” Rosenstein wrote. “Any involvement Mr. Ohr had in this matter was without my knowledge.”

As I wrote in a column Tuesday, Ohr had more than 60 contacts with Steele, most during the time the Russia probe began and ramped up in 2016 and 2017. And Ohr acted as a conduit to send information from Steele to the FBI after the operative was terminated by the bureau as a confidential human source.

But the text messages are the first indication of an apparent effort to get Steele restored to good graces with the FBI and, possibly, to have him assist Mueller, an effort that appeared to surface as a serious idea in July 2017.

“Hi Bruce, hope you’re enjoying the summer,” Steele wrote Ohr on July 16, 2017. “I spoke to my old colleagues last week and they assured me they would not stand in the way of our re-engagement with the Bureau.”

Ohr texted back: “I will pass this along to my colleagues. Thanks!”

A month later in that Aug. 6, 2017, text was the one time, apparently, Steele mentioned Mueller by name to Ohr. And the intelligence operative tried to instill a sense of urgency, suggesting he had new intel that could assist the Russia case. “There are some new, perishable, operational opportunities which we do not want to miss out on,” he wrote.

The text messages and other communications between Ohr and Steele don’t indicate what ultimately happened. But, in multiple conversations, they talked about reengagement and used the shorthand “SC.”

For example, when Congress got the first documents that revealed some of the substance of Steele’s work for the FBI, the former Clinton-funded muckraker wrote back to Ohr. “Very concerned about this,” he texted on Oct. 26, 2017. “Peoples (sic) lives may be endangered. I shall also reach out to my other (SC) contacts on this issue tomorrow.”

Investigators believe the “SC” stands for “special counsel” but aren’t sure if the follow-up messages refer to Mueller or to then-FBI lawyer Lisa Page, who dealt with the Russia case and also held the title of special counsel in the bureau.

Whatever the case, the text messages portray Steele as increasingly aggravated that his return to informant’s work on the Russia case was going so slowly.

“I am presuming you’ve heard nothing back from your SC colleagues on the issues you kindly put to them from me,” Steele texted Ohr on Nov. 18, 2017. “We have heard nothing from them either.

“To say this is disappointing would be an understatement! Certain people have been willing to risk everything to engage with them in an effort to help them reach the truth.”

Whatever that “truth” was to Steele, a new truth — one kept from lawmakers for a long time — seems clear: The foreign spy Hillary Clinton and the DNC used to find political dirt to beat Donald Trump in the election was hanging around the DOJ and the FBI long after he was supposed to be gone.

And that raises a whole lot of new questions for the FBI, Mueller, Rosenstein and Ohr about the integrity of the investigation that lived on.

John Solomon is an award-winning investigative journalist whose work over the years has exposed U.S. and FBI intelligence failures before the Sept. 11 attacks, federal scientists’ misuse of foster children and veterans in drug experiments, and numerous cases of political corruption. He is The Hill’s executive vice president for video. 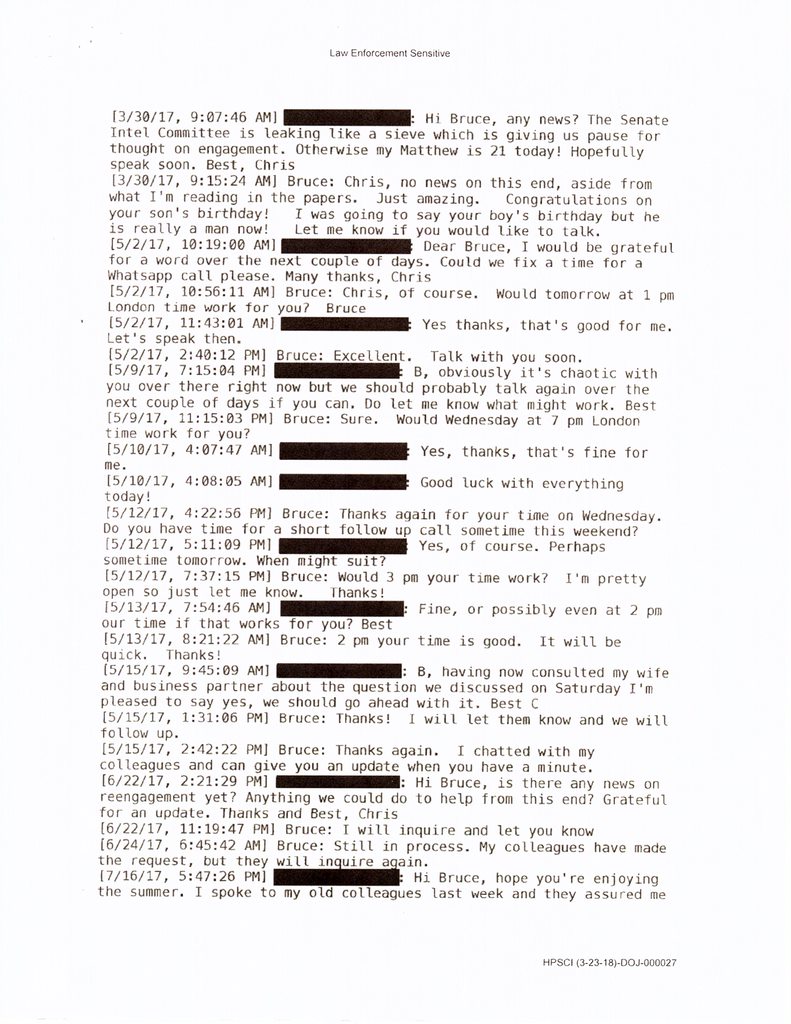 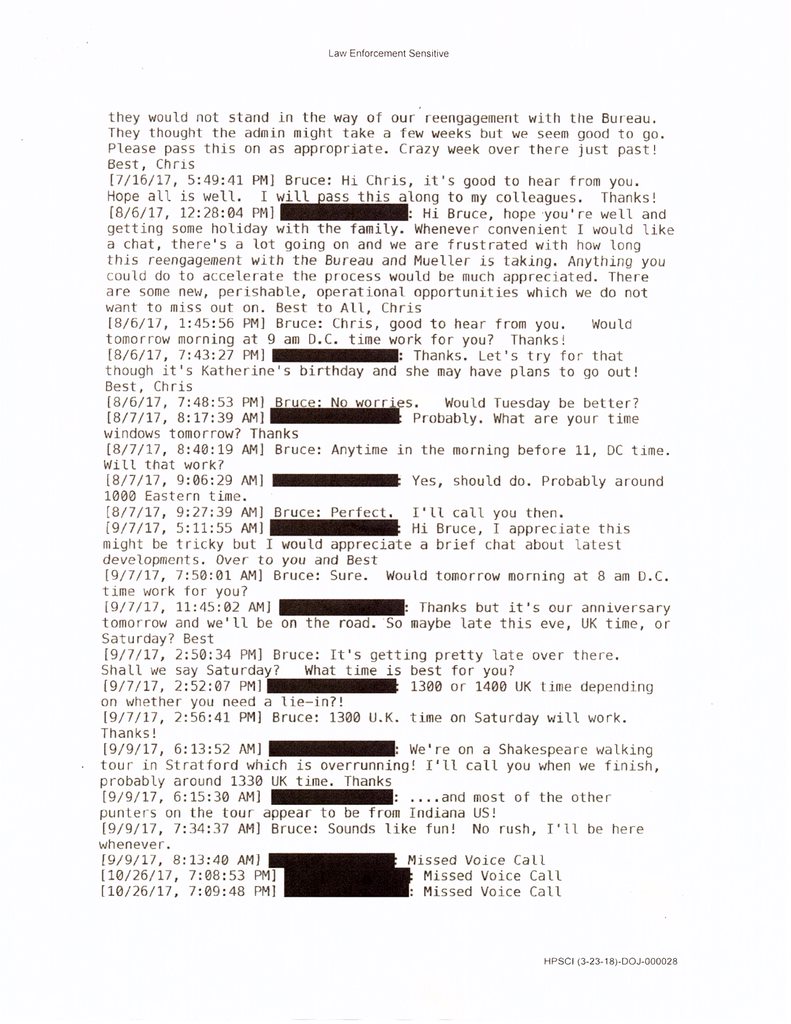 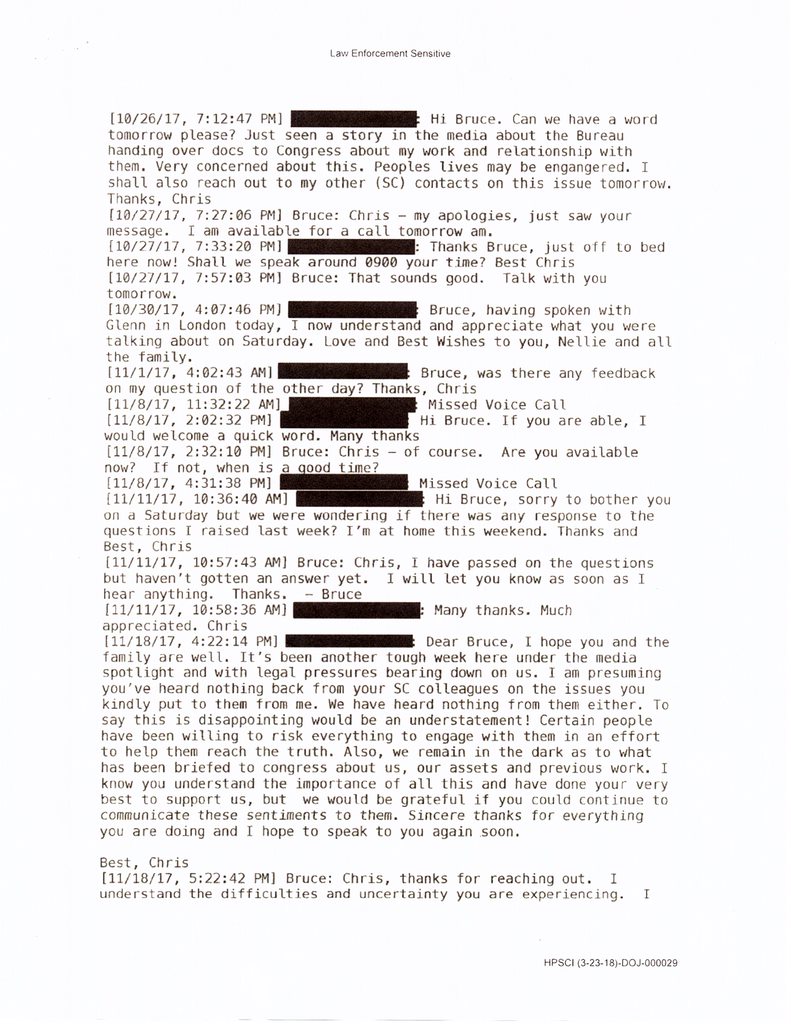 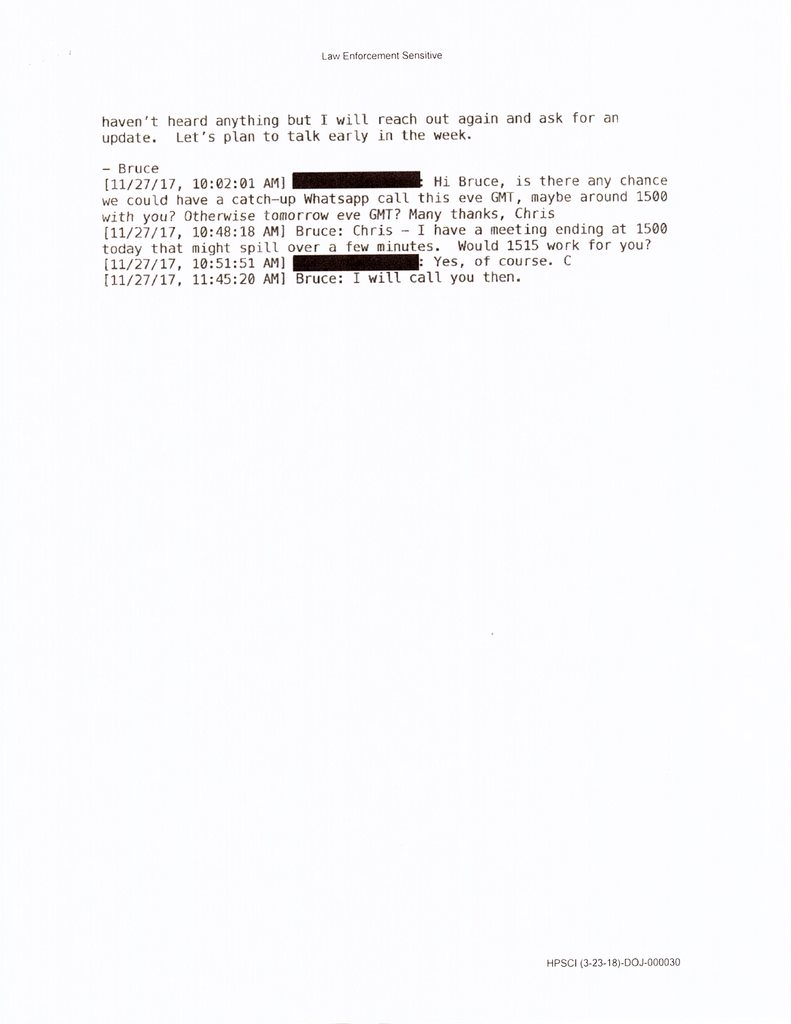