A new Hill-HarrisX poll found that TV is still the most widely used news platform among Americans, despite the rise of the internet and social media.

The survey released on Thursday showed that 53 percent of registered voters across the United States named TV as their primary source for news. 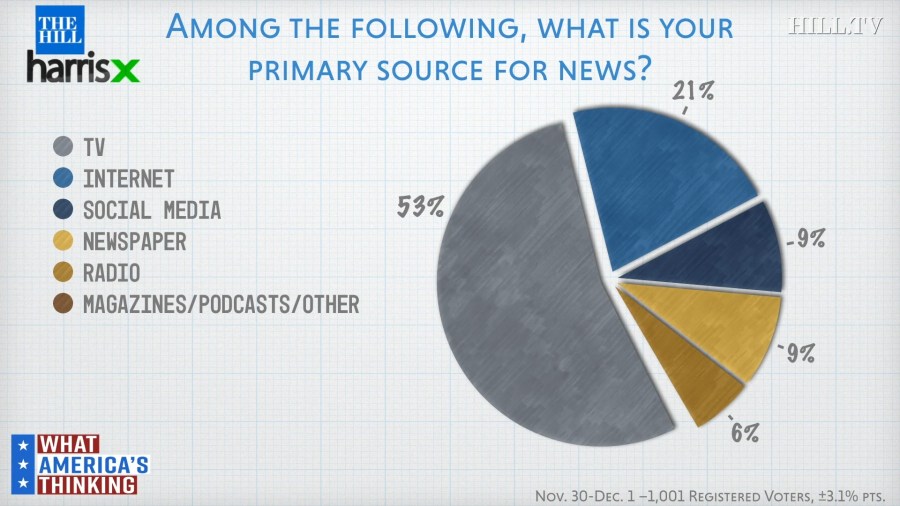 Less than a quarter — 21 percent — said they prefer to get their news from the internet.

An equal amount — 9 percent — said they’d rather turn to social media or newspapers for the latest news updates.

Older generations were understandably more inclined to name TV as their preferred mode for news.

The survey comes as the news media is under renewed scrutiny, particularly in the 2020 Democratic presidential primary race.

Her exit also prompted outcries of racism and sexism.

“There is no doubt that systemic racism is real and that it even bumps up against people as successful as Senator Harris,” Turner, told Hill.TV on Thursday. “She is a black woman in America — that is baked in.”

The Hill-HarrisX survey of 1,001 adults, conducted Nov.30-Dec. 1, has a margin of error of plus or minus 3.1 percentage points.