Rep. Alexandria Ocasio-Cortez hurts the Democratic Party more than she helps it, according to a Hill-HarrisX poll released Friday that also found many voters are undecided when it comes to the first-term New York Democrat.

In the survey, 25 percent of respondents said the self-described “democratic socialist” was good for her party, and 35 percent said she was bad for it. Forty percent said they had no opinion.

Among Democratic voters with an opinion about Ocasio-Cortez, 83 percent said she was good for their party. Eighty-seven percent of Republicans said she was bad for Democrats.

While almost half of independent voters had no opinion on the matter, 72 percent of those who did said Ocasio-Cortez is bad for the Democratic Party. Twenty eight percent said she was good for Democrats. 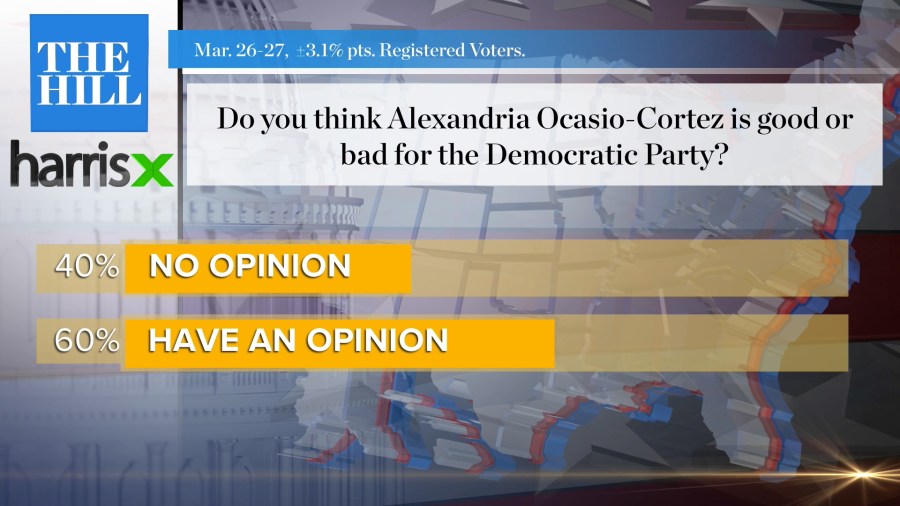 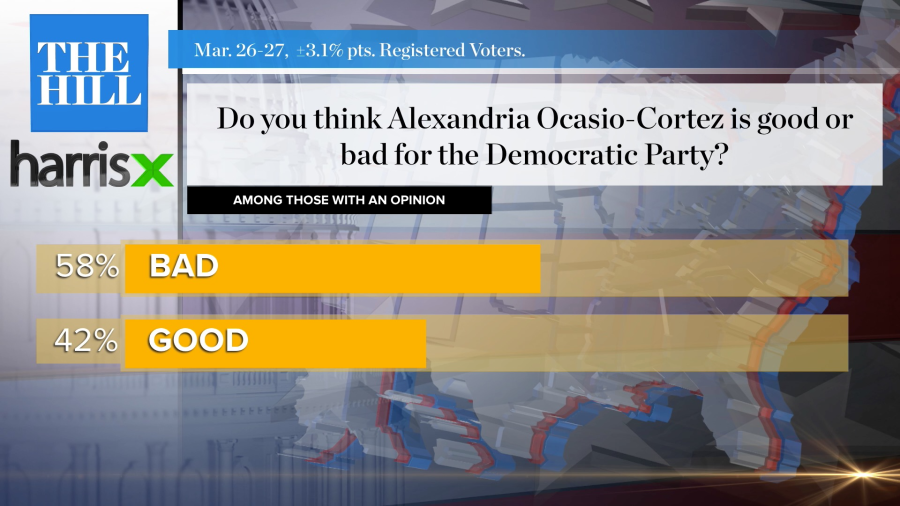 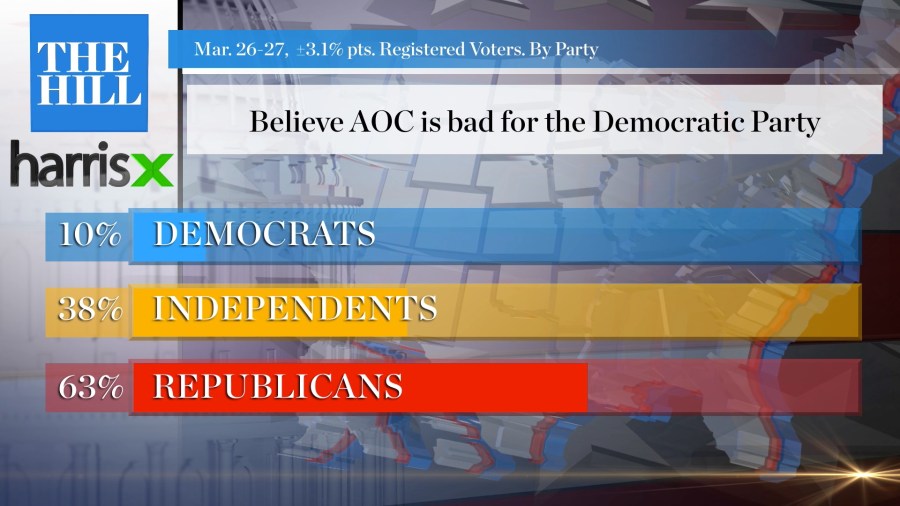 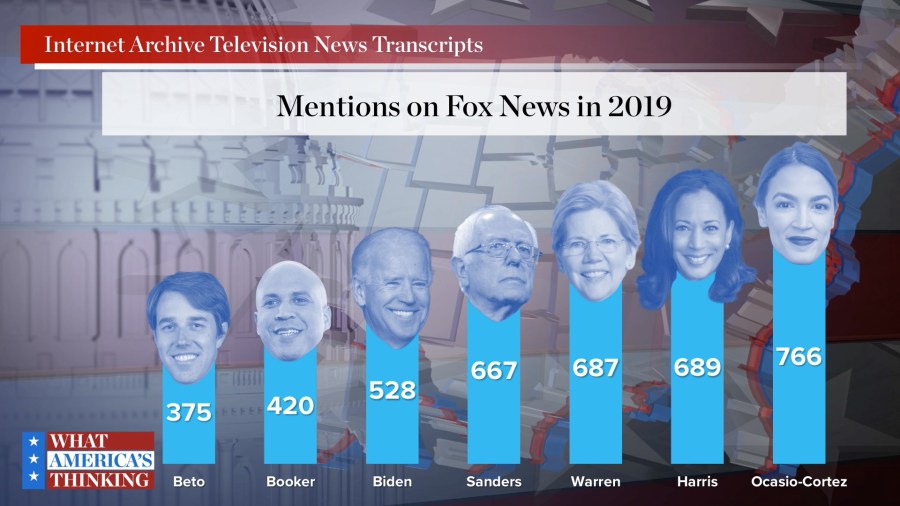 Ocasio-Cortez has been mentioned 766 times this year on Fox News, more than all of the most popular Democrats who are running or considering running for president in 2020, according to closed caption transcripts collected by the Internet Archive.

Polling conducted by Gallup indicates that awareness of Ocasio-Cortez has increased dramatically in recent months, especially among people who favor the GOP. In a September survey, 43 percent of Republicans said they had no opinion of her. Only 22 percent said the same in a February poll.

“Both parties need to have a foil, they need to identify who is going to be the villain in the story for the next election,” B.J. Martino, a GOP pollster affiliated with the Tarrance Group, said Friday on Hill.TV’s “What America’s Thinking.”

“And for Republicans, it’s been [Speaker] Nancy Pelosi [D-Calif.] for well over a decade. That storyline has sort of played itself out now. And so you know why Fox News is beginning to focus on some presidential candidates, beginning to focus on AOC more, because we need to identify who’s going to be that lightning rod going forward,” he added, referring to Ocasio-Cortez’s initials.

The Hill-HarrisX survey also found that men were much more likely than women to have an opinion on whether Ocasio-Cortez is good for her party. Seventy-seven percent of men had an opinion of her, compared to 50 percent of women.

“I do think that AOC’s race and gender are large part of the specific reaction to her, even more so than her policies that she shares with a lot of other Democratic politicians,” Pia Nargundkar, a senior associate at the ALG Research political strategy firm told “What America’s Thinking” host Jamal Simmons.

Twenty-nine percent of voters between 50 and 64 with an opinion of her said that Ocasio-Cortez is good for Democrats, with only 20 percent of respondents older than 65 agreeing.