As more than a dozen candidates jostle to become the Democratic standard-bearer in 2020, former president Barack Obama continues to cast a long shadow over the party.

In a Hill-HarrisX poll released Tuesday, Obama was far and away the most popular choice of registered voters when they were asked who best represents the viewpoints of the Democratic Party among five prominent left-of-center politicians. 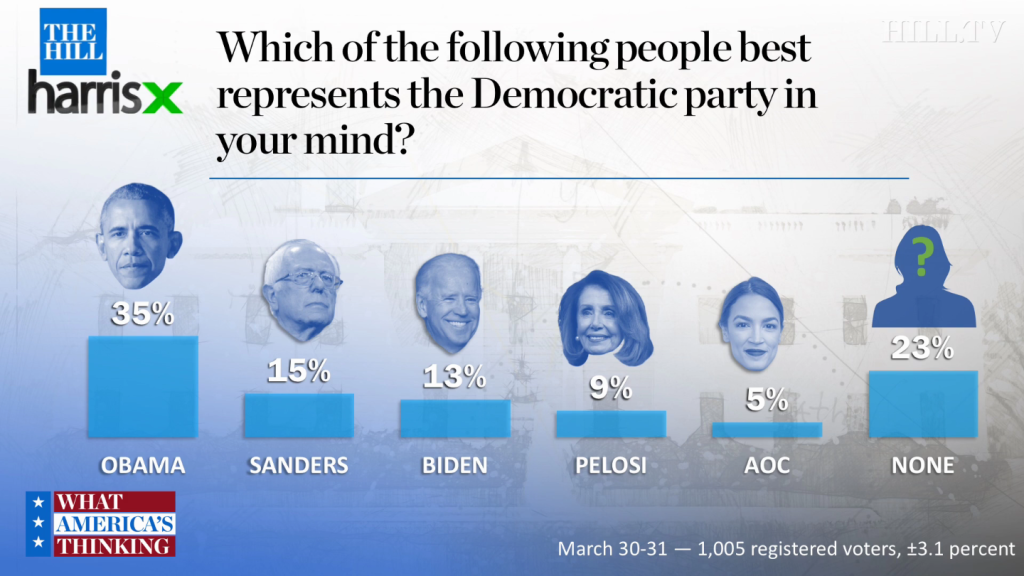 The March 30-31 survey found that 35 percent of registered voters said that the former president was the person who best represented the viewpoints of Democrats.

He was far ahead of Sen. Bernie Sanders (I-Vt.), one of the leading 2020 candidates in the Democratic presidential primary, who was picked by 15 percent of respondents. Former vice president Joe Biden, a long-rumored 2020 hopeful, who was the choice of 13 percent.

There was some uncertainty among respondents, however, as 23 percent chose none of the five leaders. 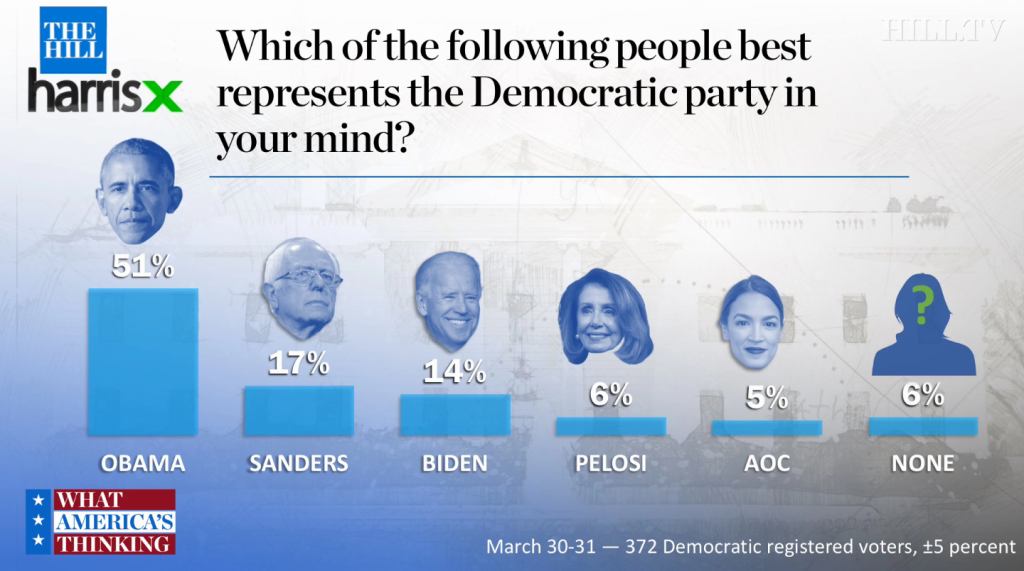 Obama’s lead was greater among self-described Democrats and those who leaned toward the party. The former president was named as the most representative politician by 51 percent of Democrats. Sanders was the pick of 17 percent while Biden received 14 percent.

Pelosi came in fourth among Democratic loyalists with 6 percent while Ocasio-Cortez was the pick of 5 percent of respondents.

Only 6 percent of Democrats declined to name one of the five leaders.

Obama’s dominance among his former voters was no surprise to Celinda Lake, a Democratic pollster who heads Lake Research Partners.

“I’m surprised that it isn’t even higher,” she told “What America’s Thinking” host Jamal Simmons on Tuesday. “All of us really yearn for the Obama days … there was some policy disagreements with the president but his style that was just a civility that we just really yearn for.”

While Ocasio-Cortez has become the focus of saturation coverage in conservative media, the fact that few Democratic voters chose her as the leader who most embodied their values indicates that her influence on the party is not that significant, Dan Cox, a research fellow at the American Enterprise Institute told Simmons. 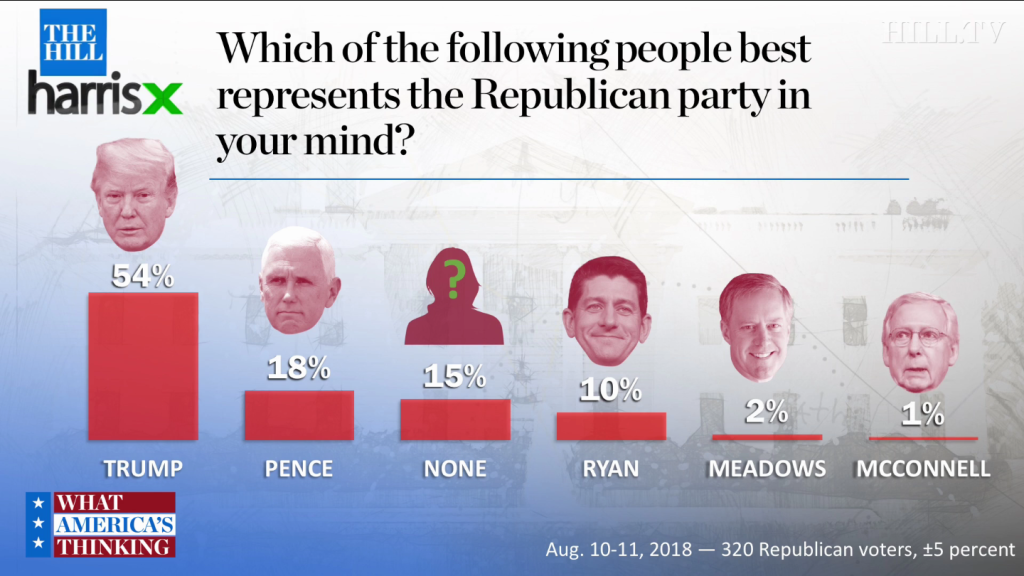 Obama’s dominance among Democrats was roughly approximate to the 54 percent of Republican voters who named President Trump as the person who best represented the GOP in a Hill-HarrisX poll conducted last August.