In the survey, 15 percent registered voters cited health care as the greatest concern to them from among 21 possibilities.

Immigration, cited by 10 percent of respondents, was the second-most popular issue of concern, followed by the economy and jobs (9 percent), terrorism and national security (8 percent), and the environment (7 percent). 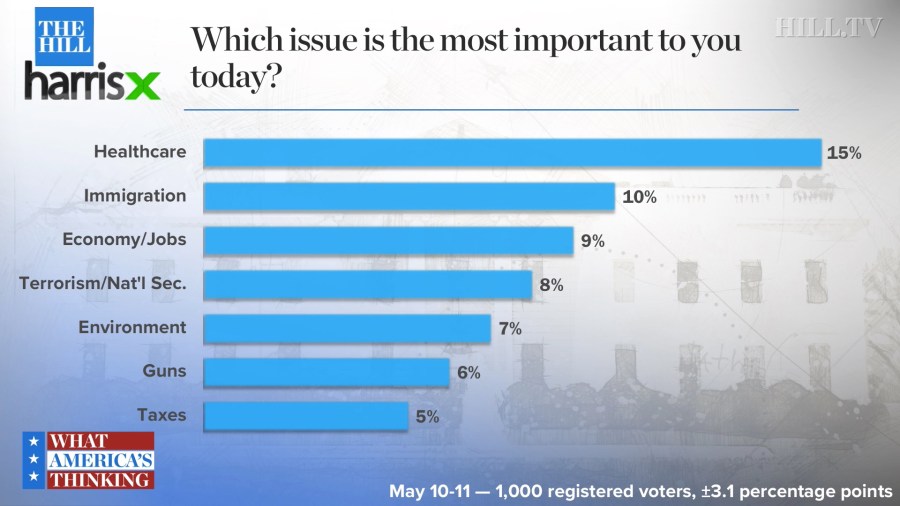 Health care was the number-one policy area for both men and women. Respondents of both sexes differed slightly on whether immigration or the economy should be prioritized with men slightly favoring immigration and women leaning slightly toward the economy.

Across age groups, younger voters, those under 35 years, were most concerned with the economy. Ten percent of this cohort named it as their top priority, higher than the 7 percent who said health care, taxes and school safety.

Voters between the ages of 35 and 49 were also most concerned about jobs and the economy. Fourteen percent of this group named it as their top priority, slightly higher than the 13 percent who cited health care.

Health care was much more important to respondents between 50 and 64. Twenty-two percent of them named health policy, nearly double the 12 percent who cited immigration.

Voters 65 years old and up also were significantly more concerned about health care than other topics with 20 percent specifying it as their highest priority, ahead of immigration (15 percent), terrorism/national security (13 percent), and the environment (12 percent).

Republicans in the survey were much more concerned with immigration than other issues with almost one-fourth (21 percent) saying it was the policy area they prioritized. Health care was the second-most popular among GOP respondents with 12 percent citing it. 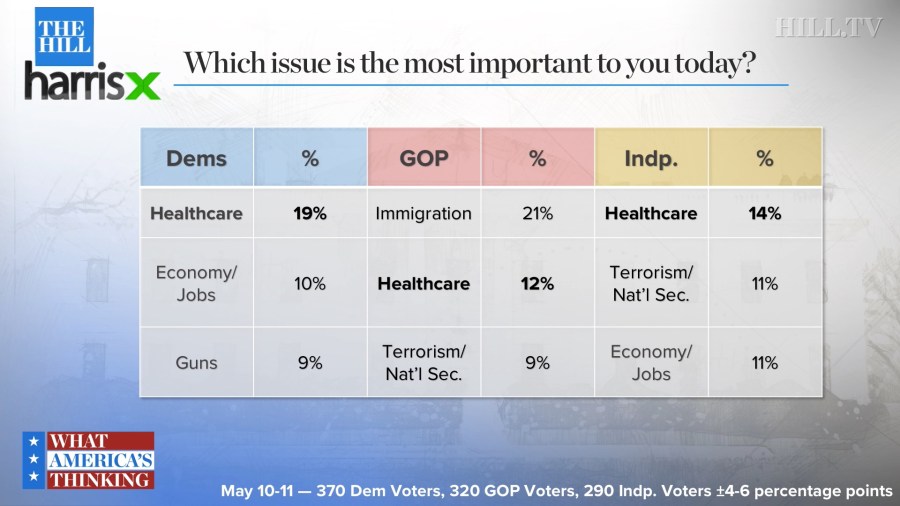 For both Democrats and independents, health care was the top issue. It was ranked first by 19 percent of Democratic respondents and 14 percent of independents.

Health care was the top issue for respondents living in rural and suburban areas while urban residents cited the economy and jobs as their main issue.