President Trump’s approval rating among registered voters stands at 44 percent, while a majority of voters, 56 percent, say they disapprove of the job he is doing, a new Hill-HarrisX survey found. 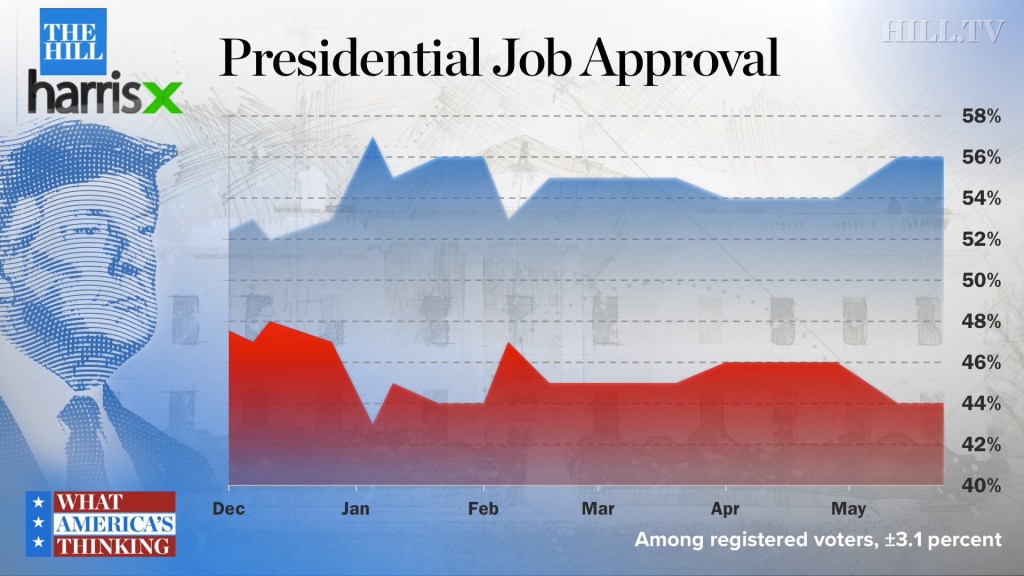 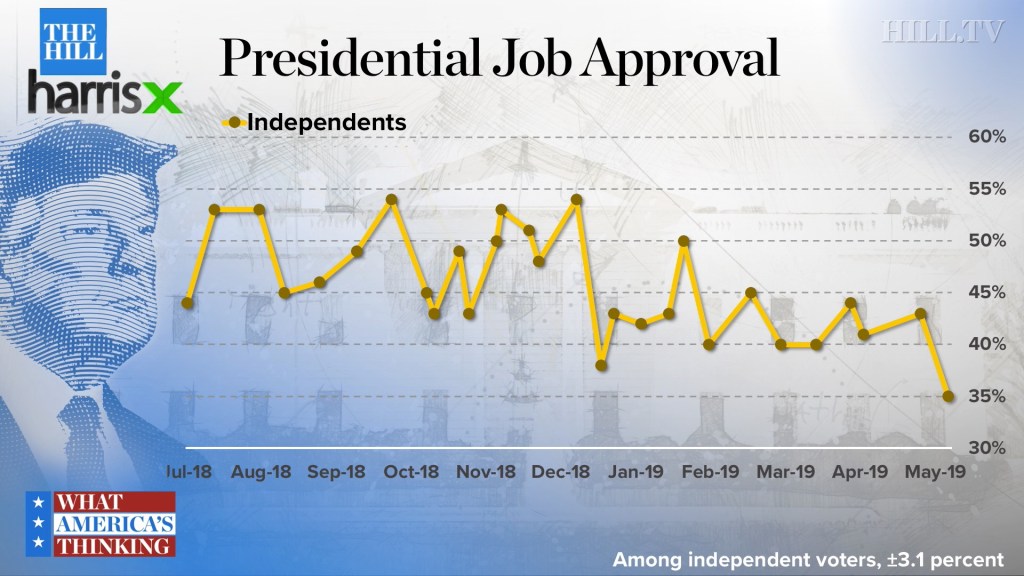 The primary reason for the shift appears to be a decline in support for Trump among self-described political independents.

In the latest survey, the president received the support of 35 percent of independents, down from the 43 percent who supported him in the previous May 13-14 survey and from his most recent high of 50 percent in early February.

Hill-HarrisX research has also shown a recent decline in respondents who “somewhat approve” of Trump. In the May 24-25 survey, 20 percent of voters said this, down from 24 percent who said the same in the April 14 poll.

“It’s not enough, he has to have some sort of play to those who consider themselves independents here,” Republican pollster BJ Martino told Hill.TV on Wednesday, adding that Trump should start emphasizing the nation’s economy more than other issues.

The lower numbers for the president come amid ongoing clashes with congressional Democrats, with the White House refusing to turn over subpoenaed documents to House Democrats and Trump seeking to put pressure on lawmakers to end oversight inquiries into the administration and his personal finances.

Trump’s rating among registered Republican voters remains high in the latest poll, with 83 percent saying they like his job performance. Similarly, the number of respondents who “strongly approve” of the president has remained at about 24 percent in recent months, according to the poll.

In less-populated areas, Trump continues to receive majority support. Fifty-four percent of respondents said they approved of his job performance, higher than the 43 percent of suburban residents and 37 percent of urban residents who agreed.

The president continued to receive low marks from Democratic respondents, only 17 percent of whom said they liked how he is doing his official duties.

The latest Hill-HarrisX survey was conducted online from a statistically representative panel of 1,001 registered voters with a 95 percent confidence level and a 3.1 percent sampling margin of error.