Trump’s giant gender gap: 62 percent of women say they are unlikely to vote for him

In a new poll, a significant majority of American women who are registered to vote say they are not likely to support President Trump’s re-election effort in 2020, setting him up with a gender gap that may prove difficult to overcome.

In the 2016 election, exit polls indicated that 41 percent of women who voted chose Trump meaning that he has likely lost some support from women during his presidency. 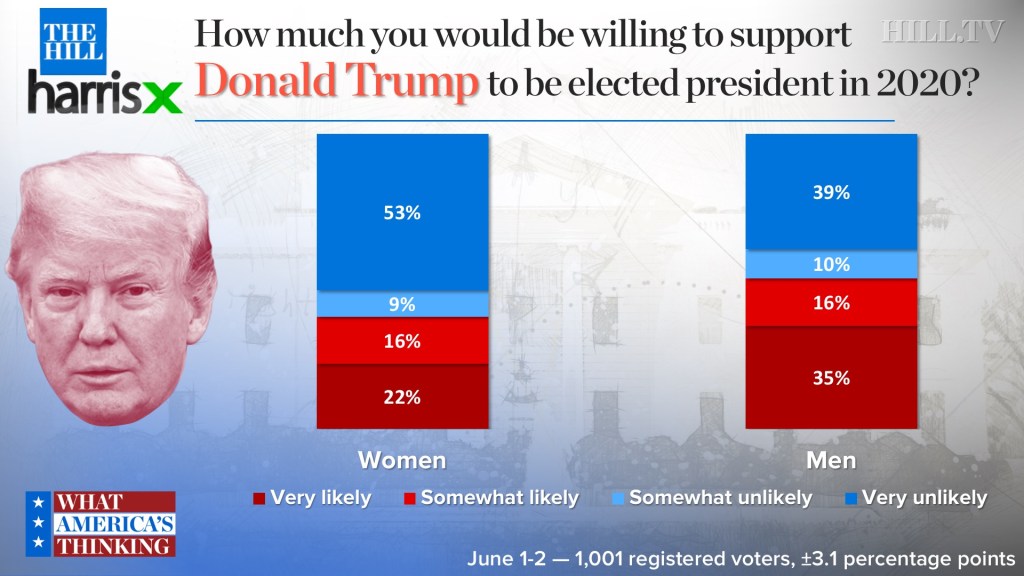 Long-term polling from the Pew Research Center and others has indicated that women have been more favorable to the Democratic Party but Trump’s particular style has accelerated the trend. A large-scale sample the Center conducted in 2018 found that a majority of women identify as Democrats or are independents who lean toward the party.

Fifty percent of voters said they were somewhat or very likely to support the former vice president while 42 percent said the same about Sanders.