President Trump’s approval rating ticked up to 45 percent, while his disapproval numbers slid to 55 percent, according to a new poll released Wednesday.

The Hill-HarrisX survey, conducted June 7-8, found that support for Trump rose 1 percentage point from the previous poll on May 24.

Both surveys had a 3-point margin of error. 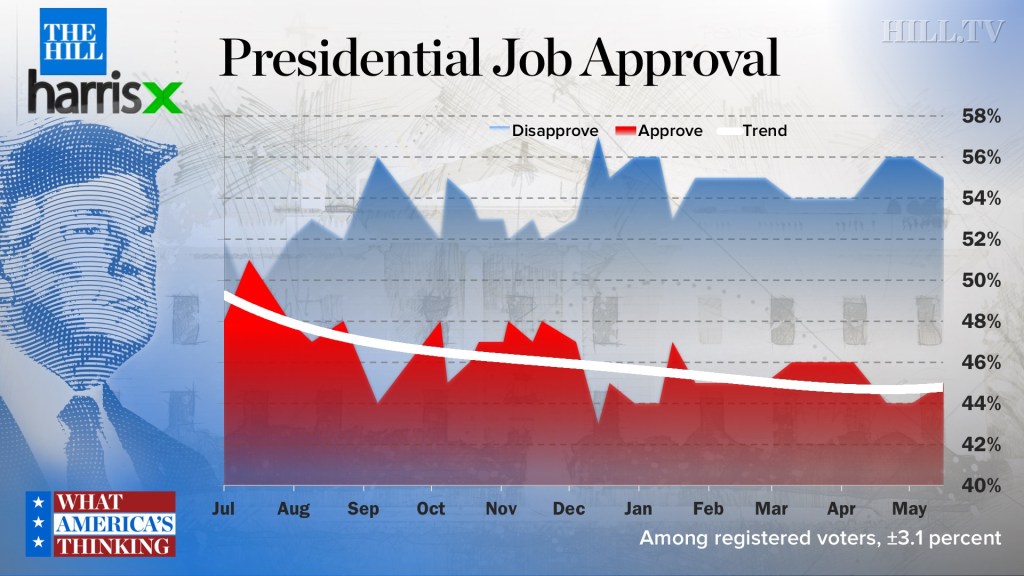 Across age groups, voters under the age of 35 in the newer poll were least likely to say they approved of the president, while those in the 50-64 age group were most likely to support him. Thirty-nine percent of respondents between the ages of 18 and 34 approved of Trump, compared to 48 percent of those between 50 and 64.

The poll also found that 58 percent of women voters disapproved of Trump, as did 52 percent of men.

White respondents were mostly split in their opinions of Trump, with 51 percent approving of him and 49 percent disapproving. Hispanic and black voters overwhelmingly disapproved of the president’s job performance — 65 percent and 79 percent, respectively.