The last time his approval reached 50 percent or higher was August 2018, when he received 51 percent support. 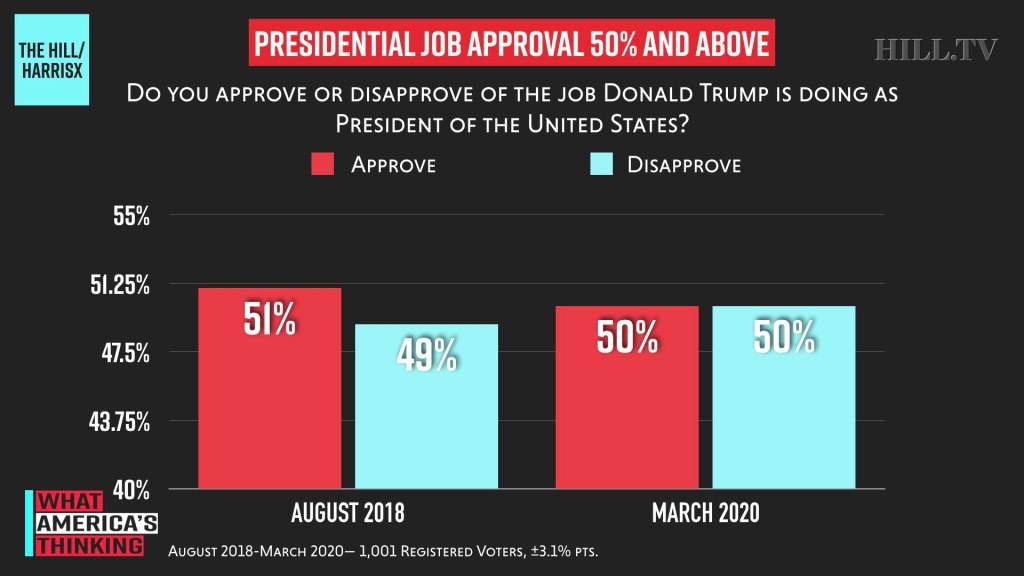 While 85 percent of Republican voters approved of Trump, just 19 percent of Democratic voters felt the same. Independent voters were evenly split at 50 percent.

“People are rallying around him though of course we see differences between Democrats, Republicans, and independents,” Karlyn Bowman, public opinion analyst and senior fellow at the American Enterprise Institute, told The Hill.

“Those could become powerful overtime as the coronavirus continues,” she added.

While Trump has received high approval ratings amid the coronavirus crisis, he has faced mounting criticism over his handling of the pandemic.

Trump on Tuesday said he aims to “open up” the country by Easter — April 12 — despite warnings from health officials that more time is needed to combat the virus.

The Hill-HarrisX poll was conducted online among 1,002 registered voters from March 22-23. It has a margin of error of plus or minus 3.1 percentage points.

2 days ago
Rising
4 days ago